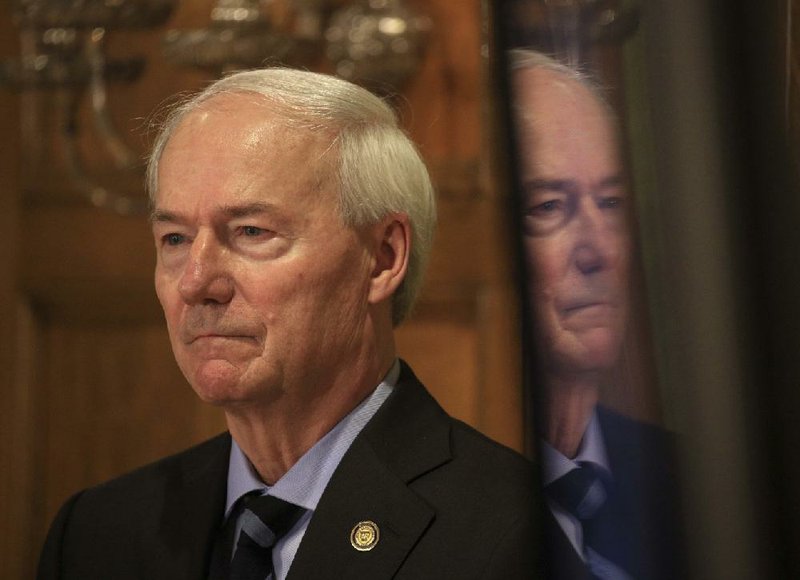 A suspected security breach committed by an applicant using the Pandemic Unemployment Assistance website caused the entire system to be shut down, Gov. Asa Hutchinson confirmed during a press conference Saturday.

State officials learned of the incident Friday and law enforcement was notified, along with the state’s cyber insurance carrier, Hutchinson said.

“Forensics are currently being conducted by an outside [information technology] expert,” Hutchinson said. “We want to make sure the system is in good shape before it goes online.”

He was not specific on the time frame. No arrests have been announced.

Hutchinson said he was notified after officials at the Arkansas Division of Workforce Services discovered that the website had exposed applicants' private information.

A team of staff members is working through the weekend to get the system running again and to get people’s unemployment benefits "out the door” as early as next week, Hutchinson said.

The governor added that if there is any indication that someone’s personal data was “compromised,” steps would be taken to notify the applicant.

“This is something we have had some experience with,” Hutchinson said. “It’s one of the reasons we have a good cyber insurance program here in the state.”

The governor also announced Saturday that the state has reported an additional 115 additional covid-19 cases. Forty of those are from the general population, and the remaining 75 are from the Randall Williams Unit state prison in Pine Bluff.

The latest tally brought the total number of covid-19 cases since the start of the pandemic to 4,578, according to the Arkansas Department of Health.

Arkansas Gov. Asa Hutchinson will provide an update on the state’s covid-19 response at 1:30 p.m. Check back to watch the live video.

[Video not showing up above? Click here to view » https://www.youtube.com/watch?v=LEvRTfGfams]