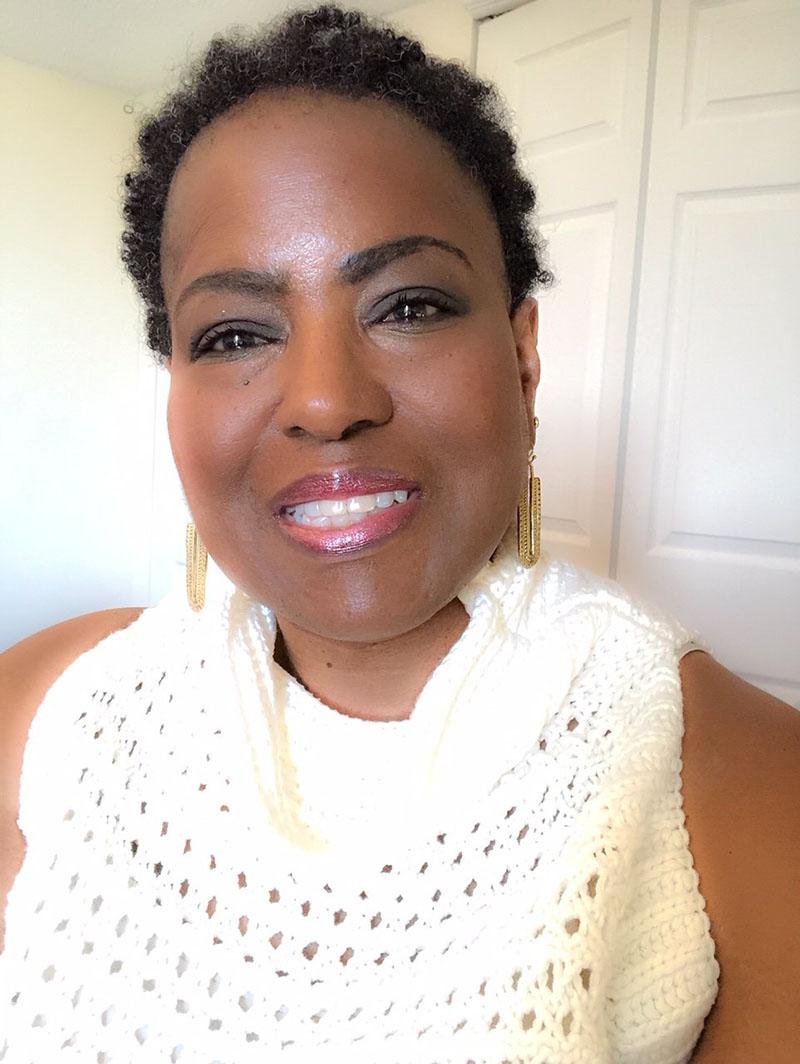 Annnnd I finally had a showdown with the hair.

Two showdowns, actually. The first was a partial confrontation. The second was a pure-D Gunfight at the OK Corral.

It would be just our middle-aged luck that, while a thin body can remain elusive despite eating plans and workouts, our hair will thin out with the eagerness of a teenager on a first date. Thinning hair can be especially disconcerting when one is trying to wear 'locs, also known as dreadlocks, which I'd first begun in late 2001.

Back then, my hair still enjoyed the thickness of youth. Nearly 181/2 years later, the roots have become too sparse to support the hair at the top and sides of my head. My continuing use of a hair-regrowth serum had yielded results, but not miracles.

When the covid-19 pandemic closed the doors of the salons and barbershops, the hairmeisters admonished people to refrain from performing homemade "quarantine cuts." I went on to drown out the voices, especially since I do my own hair anyway. With the surprising consent of my consort, I got the scissors and, as I had seven years earlier when first noticing thinning roots, I cut the 'locs shorter.

Back then, I was left with a 'loc-ed bob. This time, it looked like Victor Frankenstein had time-traveled to the 21st century and decided to do hair. The 'locs at the top/sides of my head were pitiful, hanging on by threads of thinned-out roots. In the back, where balding people always seem to maintain an abundance of hair, there were several 'locs that were as thick as tree trunks, and just as unwieldy. I tried pulling the entire lot up into my default coif ... a perky, cascading ponytail; the results looked like a bad attempt to relive a long-gone childhood.

I limped along for a few weeks then found myself staring into the mirror again.

Just cut the 'locs off, my reflection urged.

"No, I can't," I protested. "The thinned-out areas are gonna be too prominent. I'll look mangy."

You can't look any more ridiculous than you do now. Do it.

"Dre may draw the line at me going this short."

"But what if everybody else isn't OK with it?" I asked.

You keep saying you've gotten old enough not to care what other people think, the reflection said. Get the scissors.

I finally fetched the shears and, cringing, cut off each 'loc at the point where new growth was coming in.

I was left with a soft, chunky-textured short Afro. And although there was a bit of scalp showing on the sides, there was no big, shiny bare spot at the top of my head, signaling aliens.

See? Now you can just wash and wear, said my reflection. No more spending several hours at a time and 50 hairpins trying to put those 'locs in a bun. No more back-aggravating shampoo sections at the kitchen sink. No more 90-minute stints under the hairdryer ...

Dre, the fella I figured would be the stereotypical "don't ever cut your hair" husband, liked it.

When several people told me I looked younger, I knew it had been the right thing to do. Sure enough, I realized I didn't look matronly anymore.

So here was yet another example of how hating change and hanging onto the familiar can hold us back. Seems to be a lesson we change-haters have to learn time and time again.

It also was a reminder of how we should periodically assess every aspect of our lives and see what possessions, relationships, mindsets and yes, hairstyles may have started out as assets, but have since become old, stale, burdensome liabilities. We'll continue to trudge mindlessly through long, troublesome rituals whose results may not be nearly as gratifying anymore. We'll shy away from external change, ignoring the fact that we have changed internally and therefore need to make external adjustments. We give hoarders the side-eye, even as we continue to hold onto the baggage that drags us down. We forget that even negative change can often be a springboard for betterment.

I wanted to be "'loc'ed for life," as a friend of mine put it. Now, my hair could grow back thicker than 1970s shag carpet and I'll still opt for close-cropped, easy-to-maintain hair.

Oh, and the rest of that reflection in that mirror? I've told it that it's welcome to thin out anytime.