Gamble, Golden Lions keep eyes on the prize in SWAC 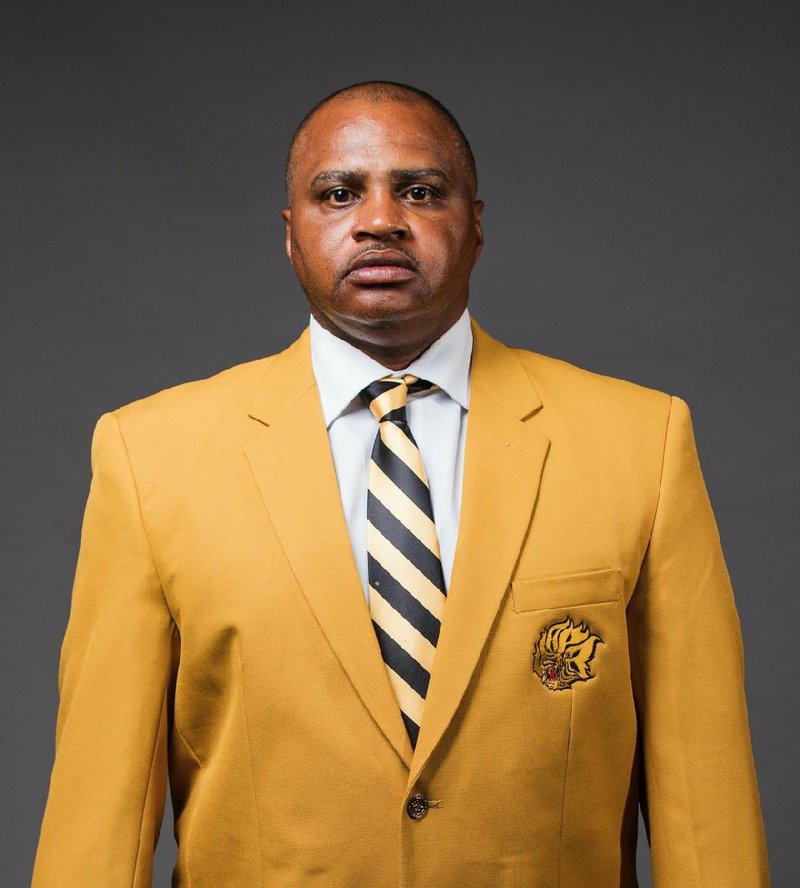 Since he was officially named the head football coach at the University of Arkansas at Pine Bluff about two weeks ago, Doc Gamble hasn't yet been able to stand in front of his team inside a meeting room, weight room or on a practice field.

That may not be able to happen for a while because of the coronavirus pandemic, but Gamble doesn't need a formal team gathering to make clear what is already known in the Golden Lions' program.

"We have enough [of] what we need to do to win the [Southwestern Athletic Conference] -- and not just compete for it but to go win it," Gamble told the Arkansas Democrat-Gazette. "And the guys know, we let a few games slip away from us last year that we really felt that we had a chance to win.

A SWAC championship is something the Golden Lions have been missing since 2012. Before last year, that was also the last time the program had posted a winning season.

Things changed in 2019 when UAPB tallied a 6-5 record. It still finished with a losing record in the SWAC West division at 3-4, which was fourth out of five teams, but even that represented progress as the program had won a combined three conference games over the previous three seasons.

It's clear the program was headed in the right direction under former head coach Cedric Thomas, who departed his alma mater in February after only two seasons to become the defensive backs coach at Southern Mississippi.

And it's easy to understand why Gamble was chosen as the man to succeed his former boss.

Not only did Thomas vouch for it himself, but it made plenty of sense. Why start completely over when the program is already on the right track?

"Cedric, who I had great confidence in and knew Cedric before I came here [in January], was real high on Doc right from the get-go," UAPB Athletic Director Chris Peterson told the Arkansas Democrat-Gazette in March. "He told me when he decided to go to Southern Miss, he said, 'Coach P, Doc's the right guy for the job.'"

Gamble isn't trying to change much, and the majority of the coaching staff will be back next season, as will an experienced roster.

He filled three remaining voids on the staff recently, including his old job of the team's quarterbacks coach.

Gamble elevated Aaron Anguiano, a man he knows more informally as "AR," from the team's offensive graduate assistant to its running backs coach and recruiting coordinator.

He hired Kenton Evans, who was an offensive coordinator at the NAIA level the past two seasons and is a former Arena Football League quarterback, as the new quarterbacks coach.

"I [was] kind of joking with him. I said, 'You know you got some big shoes to fill now?'" said Gamble, who still plans to remain involved with the quarterback room. "I said, 'The last guy was pretty good,' and he started laughing and all of that."

Then Gamble hired his old friend, Jackie Cooper, as the cornerback's coach.

Cooper, who coached the secondary and was the recruiting coordinator at Southwest Mississippi Community College the previous two seasons, has a connection with Gamble dating back to the mid-1990s when the two were coaching together at Gamble's alma mater, Cincinnati Withrow High School. They later coached together again at Mount St. Joseph University in Cincinnati.

Gamble, a Cincinnati native, has spent much of his coaching career in his hometown, both at the high school and college level. Cooper who's originally from the New Orleans area and is a former AFL defensive back, has also spent extensive time in Cincinnati as a coach and a player.

"I don't think it was too big of a sell job to say come join us," Gamble said, "because we talked often [over the years]."

Gamble said the Golden Lions' overall schemes won't be changing much, especially on the defensive side. UAPB has naturally transitioned from a head coach in Thomas who was defensive minded to Gamble, who is offensive minded.

Thomas took charge of the defensive play calling last season as a result of a poor defensive 2018, even stating during preseason camp in August, "if the ship's gonna go down, it's gonna go down with me here driving it."

UAPB's defense made a big leap in 2019, finishing fifth in the SWAC in scoring defense

Now Thomas is gone, which means the play calling will likely fall on the shoulders of defensive coordinator and line coach Jonathan Bradley, who's entering his second season at UAPB.

"One of the first questions I got was, 'How good are we gonna be on defense? Coach Thomas is gone,' " Gamble said. "I say, well, we made strides last year and we're gonna continue to make strides."

On the offensive side, Gamble expects he and offensive coordinator Jermaine Gales to throw in some more wrinkles, while keeping their two-quarterback system.

"Offensively, we just can't stay the same," Gamble said. "We're gonna do our base, and all of that stuff is gonna be the same, but the task now is to go out and find other things and other ways that are gonna make us better, because we have been here for two years.

"We got to make sure we're challenging, so we're not getting complacent. We're just 6-5 last year. Now we were close, but close doesn't win you a trophy."