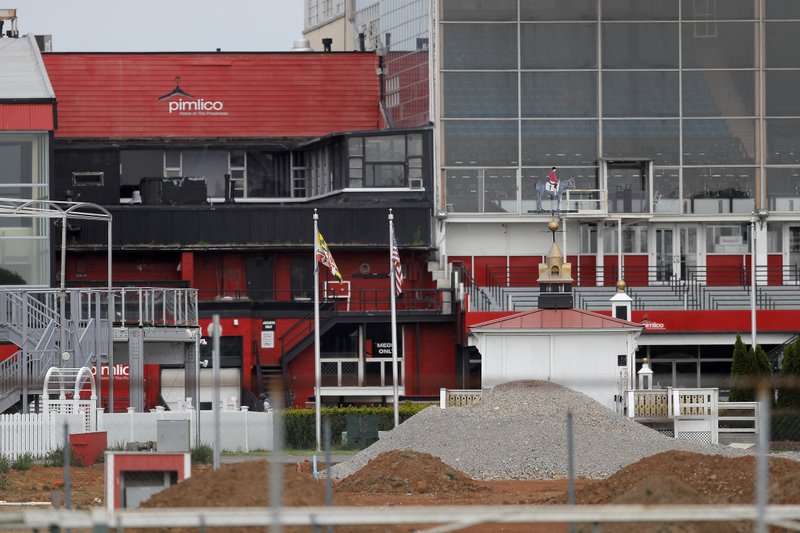 The 145th Preakness Stakes has been rescheduled for Oct. 3, an announcement delivered Saturday less than hour before the original post time for the Triple Crown race. Traditionally held at Pimlico Race Course on the third Saturday in May, the Preakness was postponed April 3 because of the coronavirus pandemic. Maryland Gov. Larry Hogan disclosed the new date for the Preakness on NBC, which also had a hand in the decision because it televises the race. The makeup date could keep the Preakness as the middle jewel of the Triple Crown, depending on the 153rd running of the Belmont Stakes. The Kentucky Derby was switched from May 2 to Sept. 5, and the New York Racing Association is trying to determine the best date for the Belmont, originally scheduled for June 6.

New York Giants cornerback DeAndre Baker surrendered to police Saturday after being charged with robbing people of money and valuables at a cookout he was attending with another NFL player. Baker is charged with four counts of armed robbery with a firearm and four counts of aggravated assault with a firearm. He turned himself in at the Broward County Jail in Miramar, Fla. His lawyer, Bradford Cohen, said he has affidavits that will clear Baker. Baker and Seattle Seahawks cornerback Quinton Dunbar have been sought by police since Thursday, when arrest warrants were issued. Dunbar's lawyer, Michael Greico, also said he has such affidavits to support his client. Police in Miramar issued arrest warrants for both men after multiple witnesses accused them of an armed robbery at a party. Baker, 22, and Dunbar, 27, were attending a cookout at a Miramar home Wednesday night when a fight broke out, and Baker pulled out a handgun, the warrant said. Baker, Dunbar and two other men began robbing other people at the party of thousands of dollars in cash, watches and other valuables, witnesses told investigators.

A Washington Redskins player is facing five charges, including felony illegal discharge of a firearm, after his arrest in a Denver suburb Saturday morning. The Douglas County sheriff's office said deputies arrested 27-year-old Cody Latimer after responding to a report just after midnight of shots fired inside an apartment in Englewood, Colo. Latimer was taken into custody and is also facing charges of second-degree assault, menacing, prohibited use of a weapon and reckless endangerment. Latimer, a wide receiver, joined the Redskins in March after two years with the New York Giants and four years before that with the Denver Broncos.

Michael McCaskey, who led the Chicago Bears for nearly three decades after the death of his grandfather George Halas, died Saturday after a lengthy battle with cancer, the team said. He was 76. McCaskey assumed operational control of the franchise in 1983 as president and CEO after the death of Halas. McCaskey became chairman in 1999 and remained in that role until George McCaskey took over in 2011. The Bears made 12 playoff appearances and won the Super Bowl in January 1986.

Alex Bowman has signed a one-year contract extension to remain with Hendrick Motorsports through 2021. Bowman is fourth in the Cup standings and in his third full season driving the No. 88 for Hendrick. He filled in for Dale Earnhardt Jr. in 2017 when Earnhardt was sidelined with a concussion, then took over the ride the next year when Earnhardt retired. Bowman, a 27-year-old from Arizona, has two career Cup wins and was a career-best 12th in last year's standings.