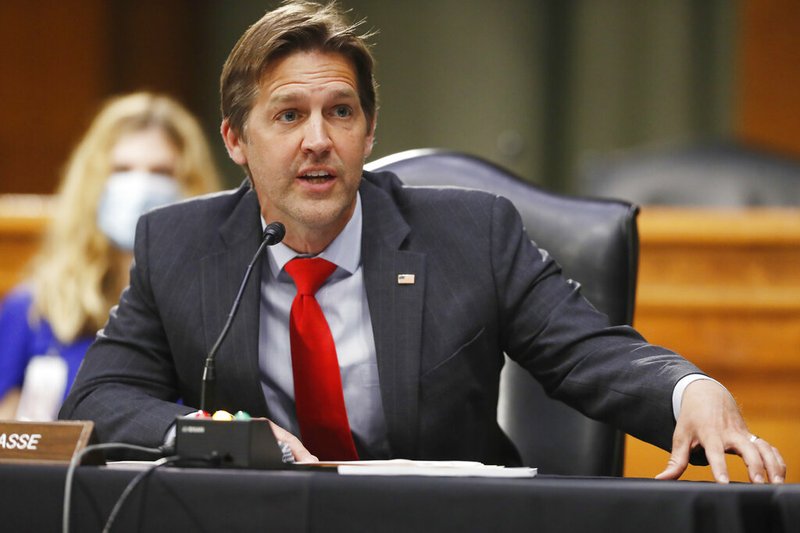 The Republican senator’s speech on Saturday was panned by a Fremont High School board member and his Democratic opponent in the November election. Sasse’s spokesman, James Wegmann, told the Omaha World-Herald Sunday the senator was joking during the graduation speech.

Sasse said during the speech that “95% of all gainfully employed psychologists — and I’m serious, there are dozens of them that are gainfully employed — their job is really just to help people forget high school. And the other 5%? They just research hamsters who got lost in mazes. … If you’re headed to college, do not — do not — major in psychology. That part’s not a joke.”

Sasse, 48, who was unshaven and wore a loosened red tie and white dress shirt, also said that in life, the graduates would, “once or twice a week,” be asked to climb giant ropes. “If you don’t get that joke, talk to your mom and dad. Back in the day when we were a lot fitter than you people are, we used to have to climb ropes all the way up to the ceiling of the gym all the time.”

Sasse suggested that the graduates would remember their senior years at their future reunions as “that time when China started a big global pandemic that created the worst public health crisis in over a century and brought the economy to its knees and we had to stay home and everybody was hoarding toilet paper.”

Near the end of the speech, Sasse mixed in some serious encouragement for students with another shot at China.

Fremont school board member Michael Petersen called on Sasse to apologize. On his public Facebook page, Petersen said, “You deserved better than the graduation remarks from Senator Ben Sasse. The racism, implying that our graduates are fat and lazy, disparaging teachers, and attacking the mental health profession are despicable.”

Sasse graduated from Fremont High School in 1990 and also was president of Midland University there before running for the Senate. He is running for a second term in the Senate and in November he’ll face Omaha Democrat Chris Janicek, who also criticized the speech.

“It’s hard for me to believe that a U.S. senator would make remarks like he did in that speech,” said Janicek. “Ridiculing mental health care specialists, suggesting that the graduates are lazy slackers and using the platform to blame China for the pandemic we have now is beyond reprehensible.”

“Like he said in the video greeting, Ben’s proud of each of the graduates — and he believes their generation is tough enough to help lead us through the bumpy economic times ahead. It’s ridiculous that some politically addicted folks are complaining about Ben calling out China in a joke. He’s said this for months, because it’s true: The Chinese Communist Party’s coronavirus coverup wasted time that could have contained the spread — those lies cost innocent lives in China and around the world. Pretending graduates are too fragile to hear the truth is silly,” Wegmann said.