4 mystery plants revealed for week of May 11

May 12 – this lovely evergreen shrub is commonly called Pineapple Guava. 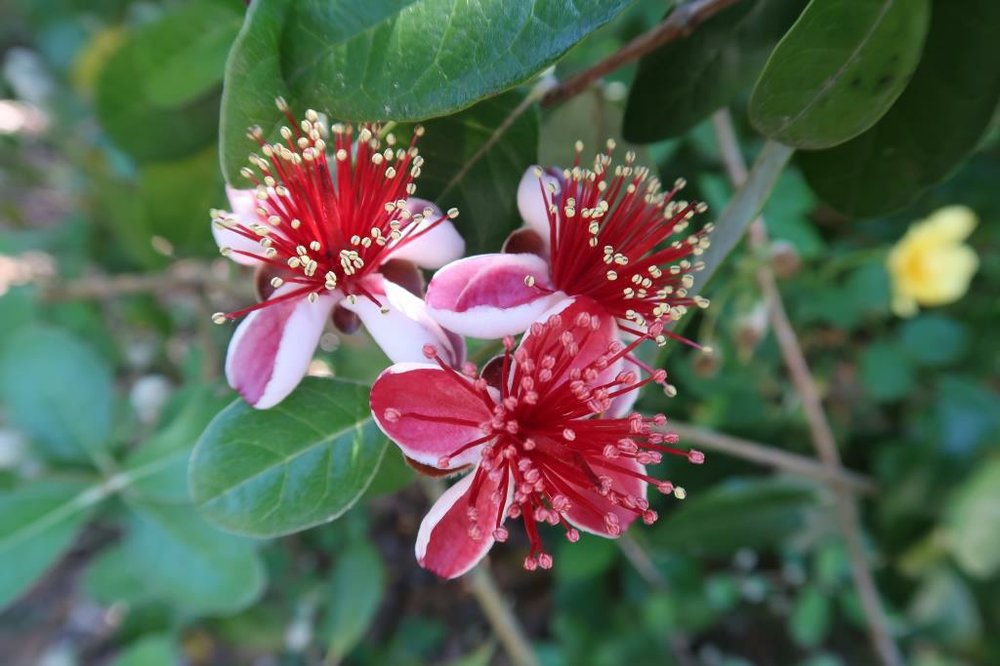 The Latin name originally was Feijoa sellowiana but as with so many other plants the name has changed to Acca sellowiana. Native to South America, it is considered marginally hardy in central Arkansas. I have had it in full sun, in an unprotected area now for about 5 or 6 years. The second year I thought it had died in a particularly cold winter and it lost all its leaves. It leafed back out and although I had no flowers or fruit that year, that was the only time I have had any issues. This year it is absolutely covered in flowers, which are the most beautiful blooms in my garden. 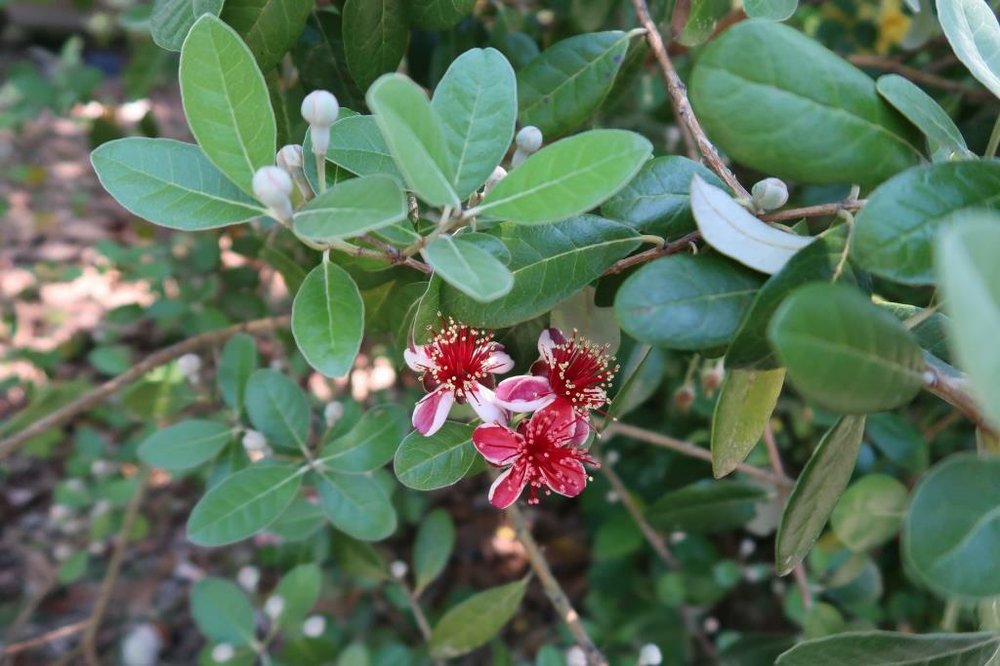 The flowers open up with bright pink and white blooms with dramatic stamens. 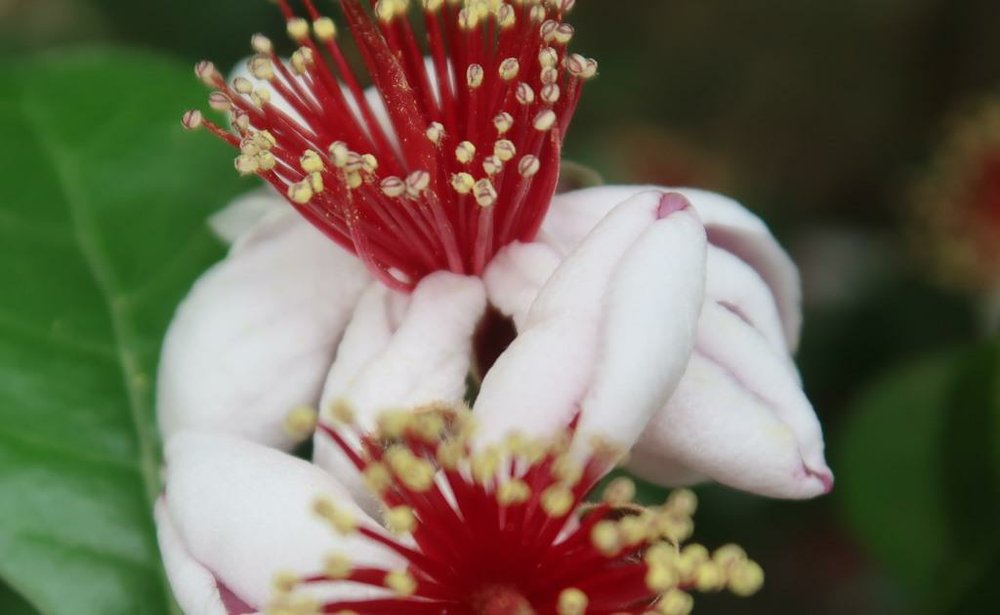 As they age, they turn a darker red in color before dropping 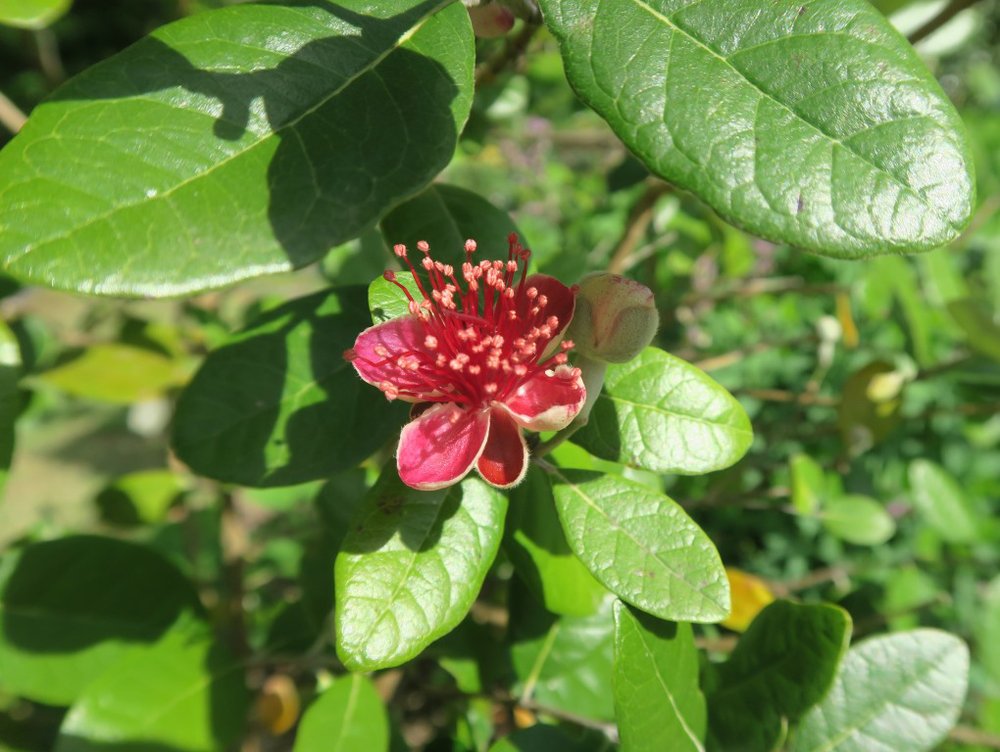 and setting fruit. The flowers and the fruit are edible. The fruits are small and don’t ripen until mid-fall. 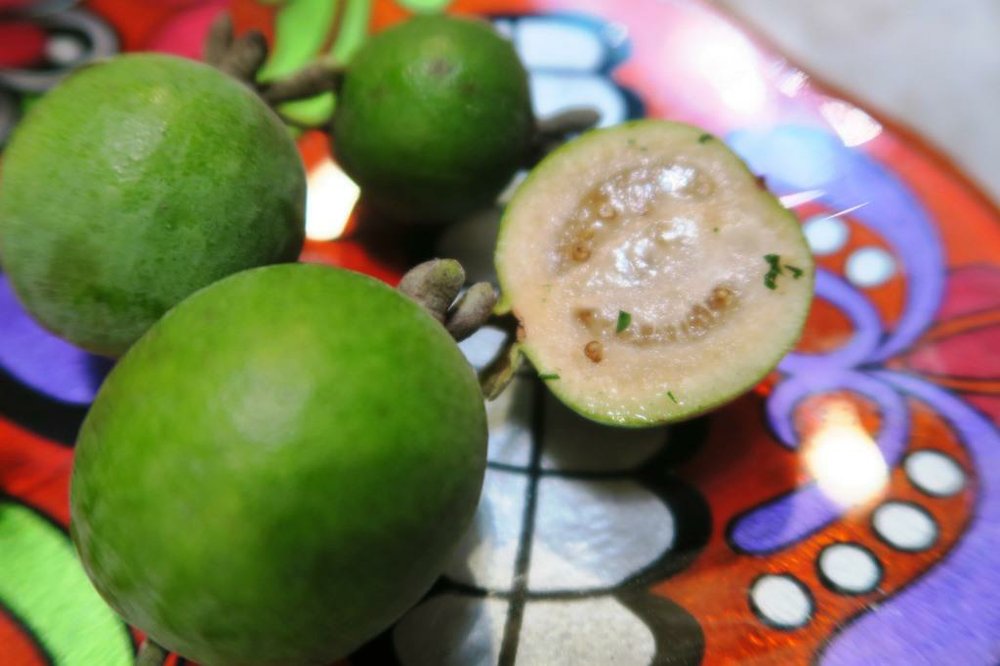 The first year I kept trying them to see if they were ripe, and they are NOT good if unripe. When they begin to fall on their own is the key to start harvesting.

In its native environment it can grow up to 15 feet tall and wide, but in my yard, I would say 6 feet tall and slightly narrower is about what it will get. There are several varieties of the plant, but I have no idea which one I have. I found it at a small nursery in Hot Springs many years ago.

May 13 – Campanula punctata ‘Cherry Bells’ or spotted bellflower is the name of this shade loving perennial. 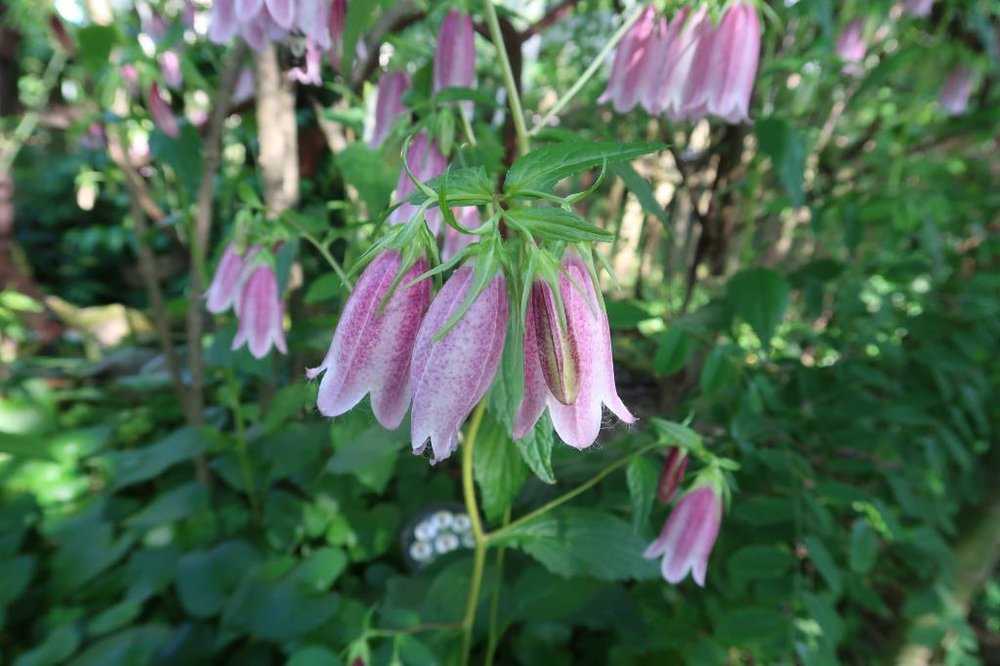 Several gardeners mentioned they would not grow it as it can be invasive in their gardens. 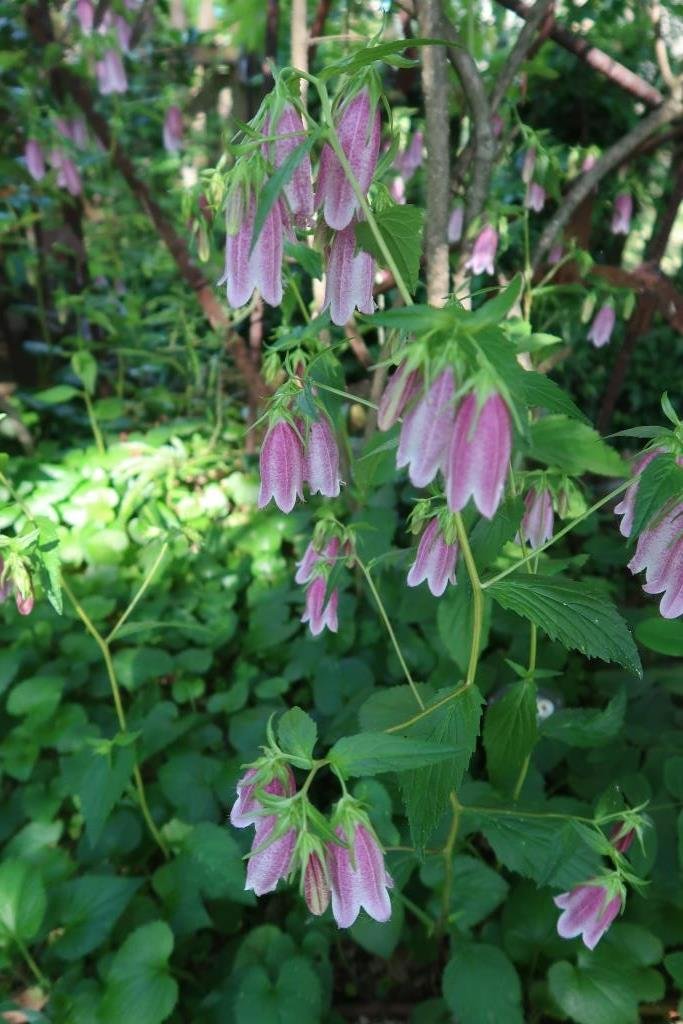 I am surprised since many campanula varieties struggle in the heat and humidity of an Arkansas summer. It does need regular moisture and protection from the afternoon sun. It blooms in May and June.

May 15 – Leucothoe fontanesiana also called Dog Hobble or Fetter Bush is a member of the Ericaceae family and native to the Appalachian Mountains. 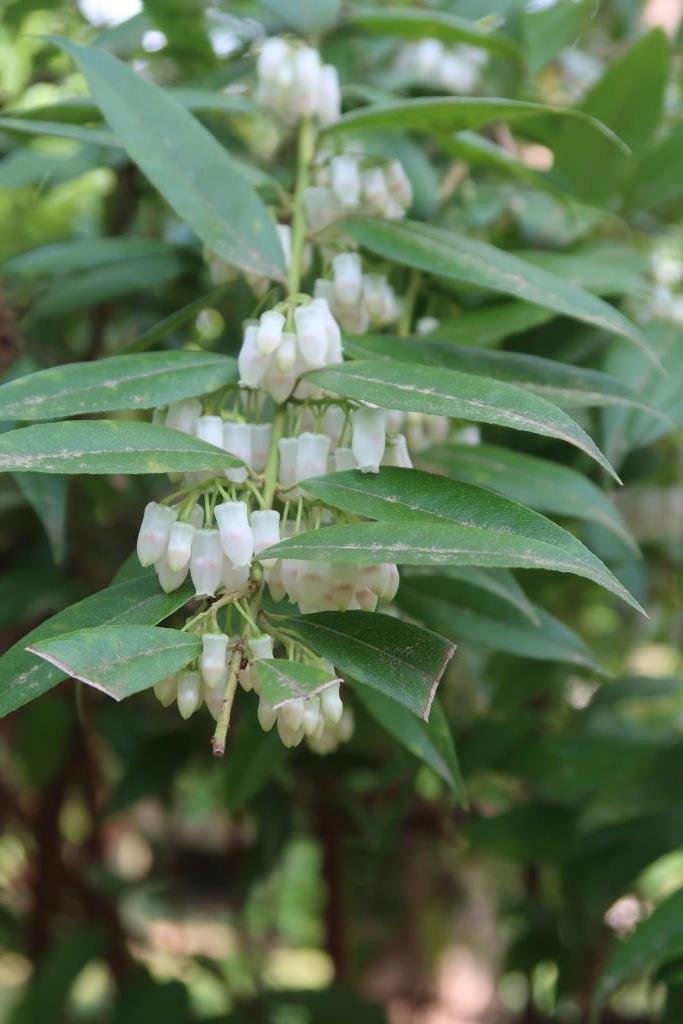 Some of you guessed pieris 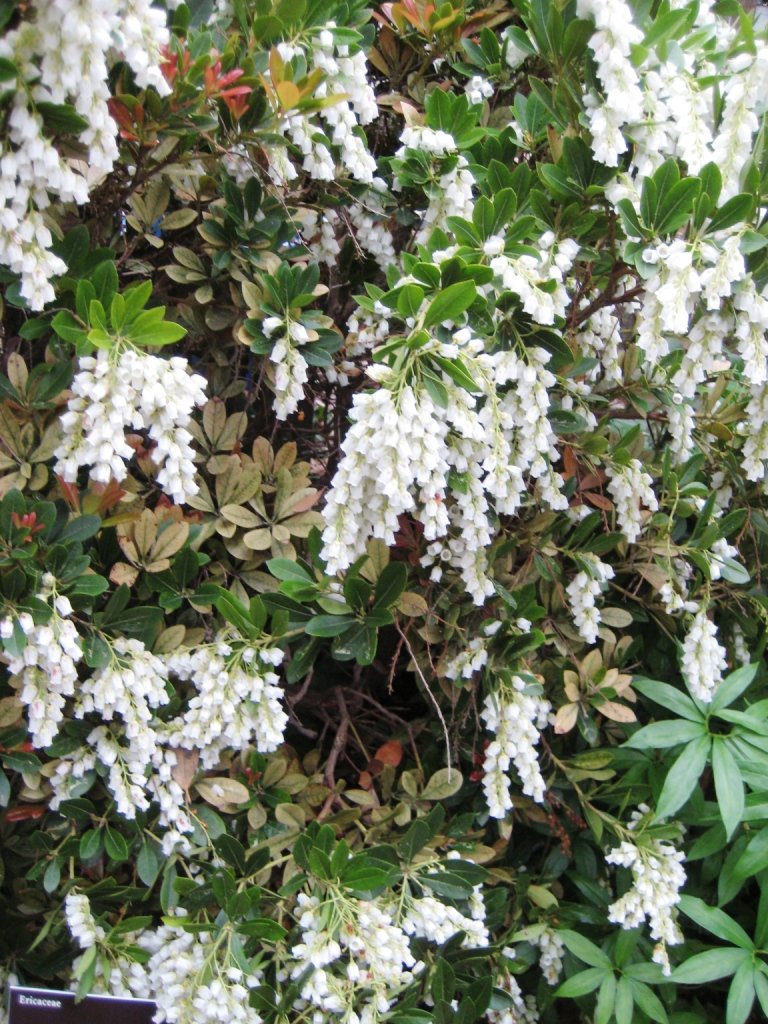 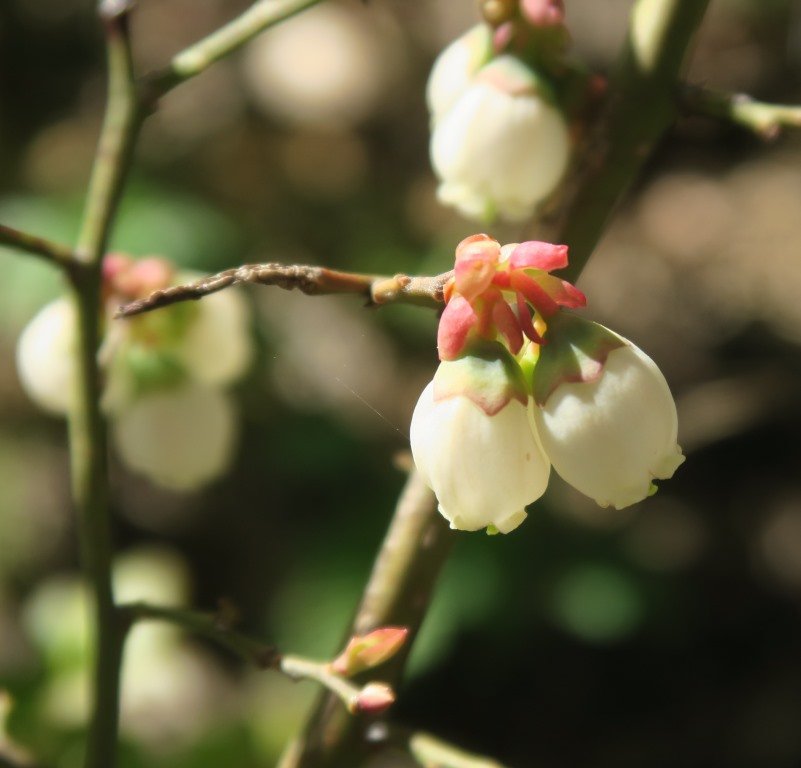 and both of their blooms are very similar since they too are in the Ericaceae family. Leucothoe comes in several different sizes and forms. 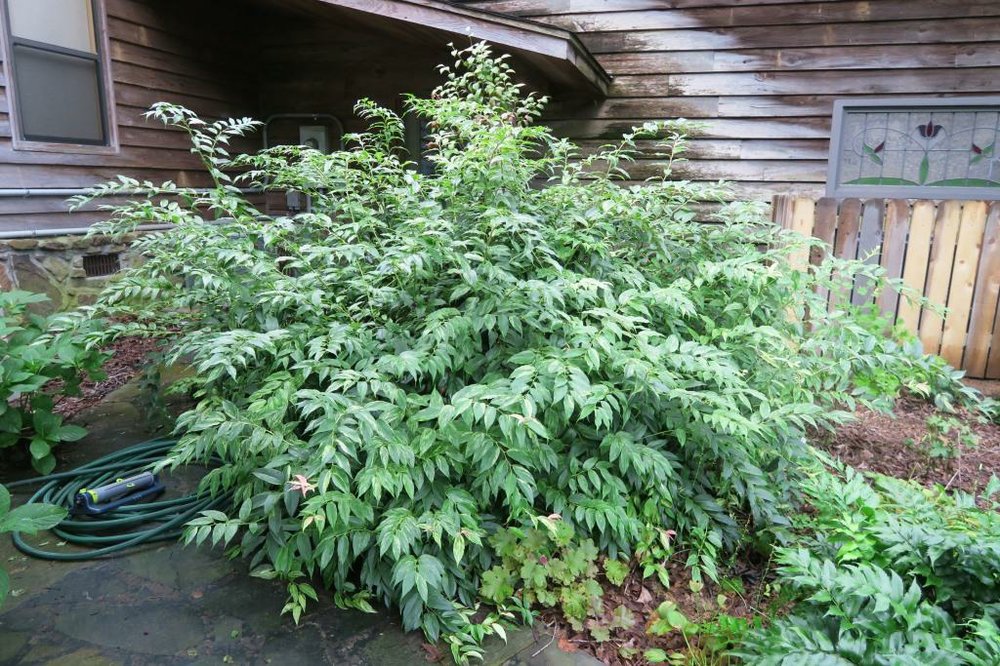 A smaller variegated form is Rainbow. 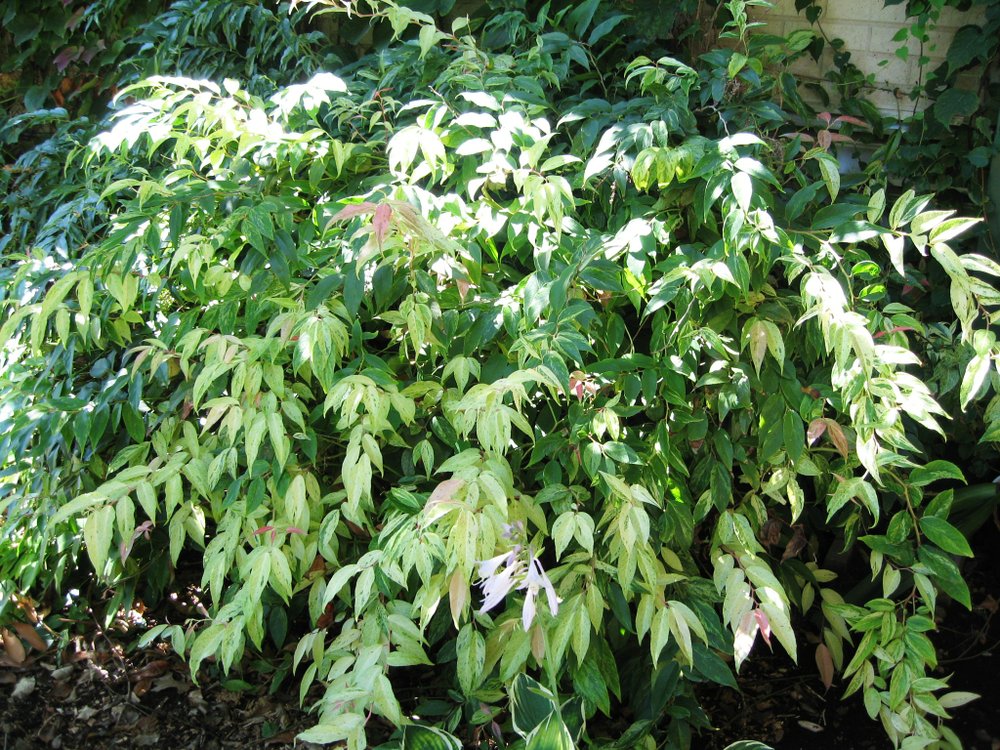 Leucothoe is a wonderful evergreen shrub for the shade. It is a cane-producing plant which usually grows almost as wide as it is tall. This one has been pruned into a standard, which is quite interesting. 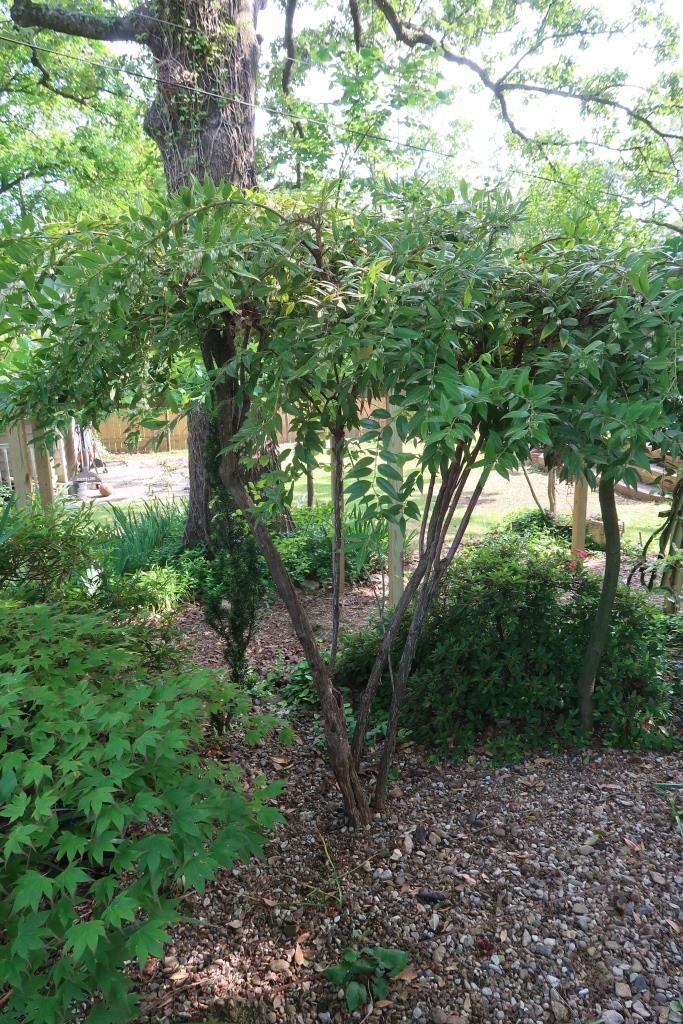 The clusters of white flowers bloom in late April through early June. It is a poisonous plant so is deer resistant.

May 16 – Heliotrope or Heliotropium is grown as a summer annual in light shade in Arkansas. 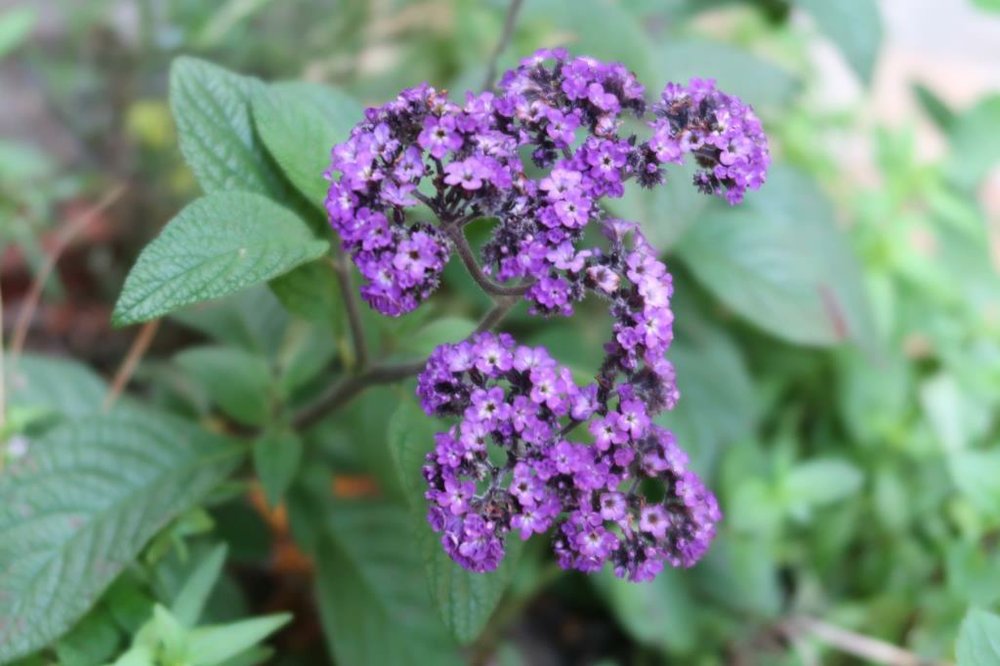 In its native South American climate, it can be an evergreen shrub growing up to 6 feet tall and wide. Wouldn’t that be an amazing plant in our gardens, if it could grow that large? It has fragrant flowers which are most commonly this dark purple, 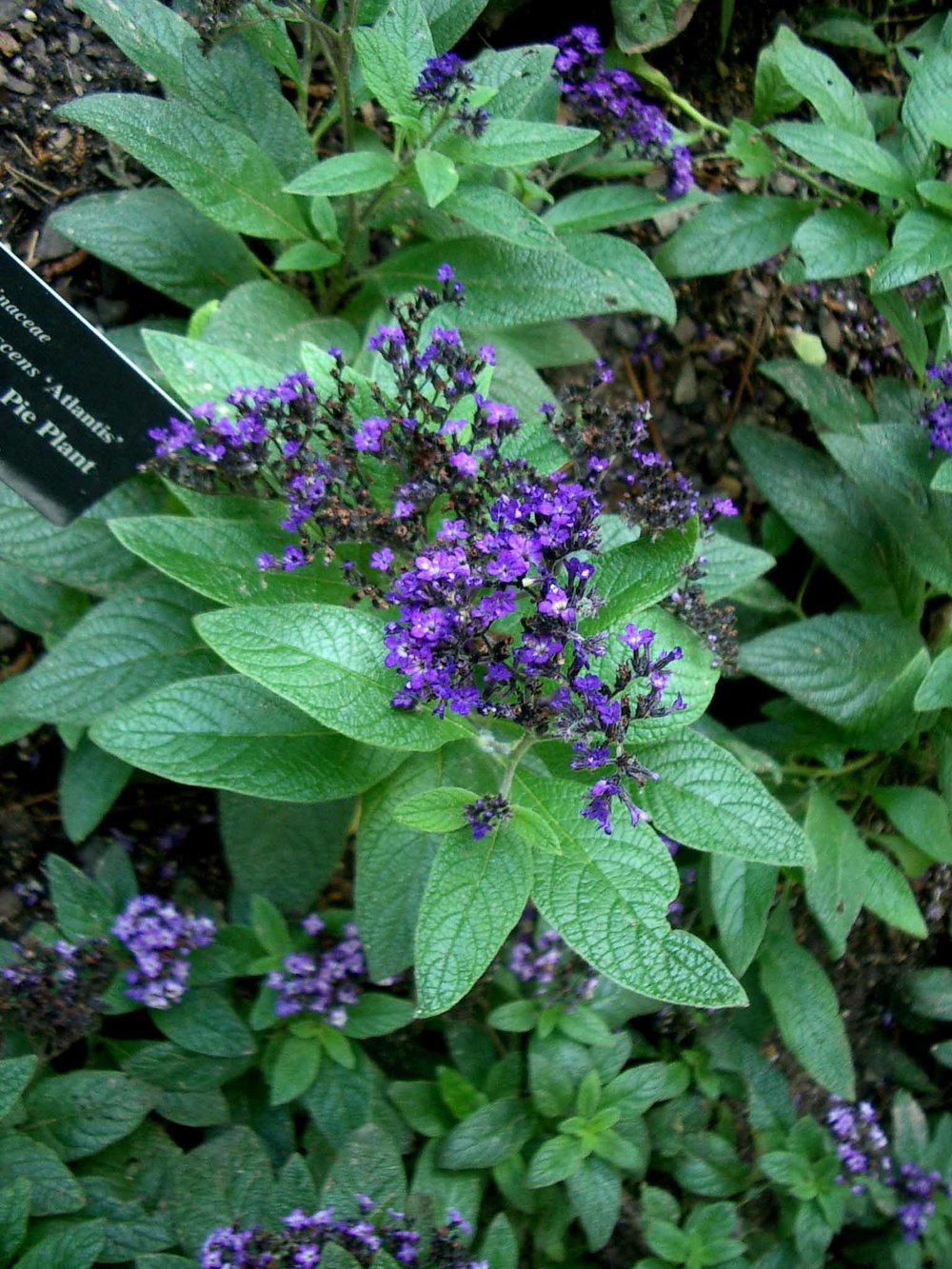 but there are pale purple and white flowering forms as well. 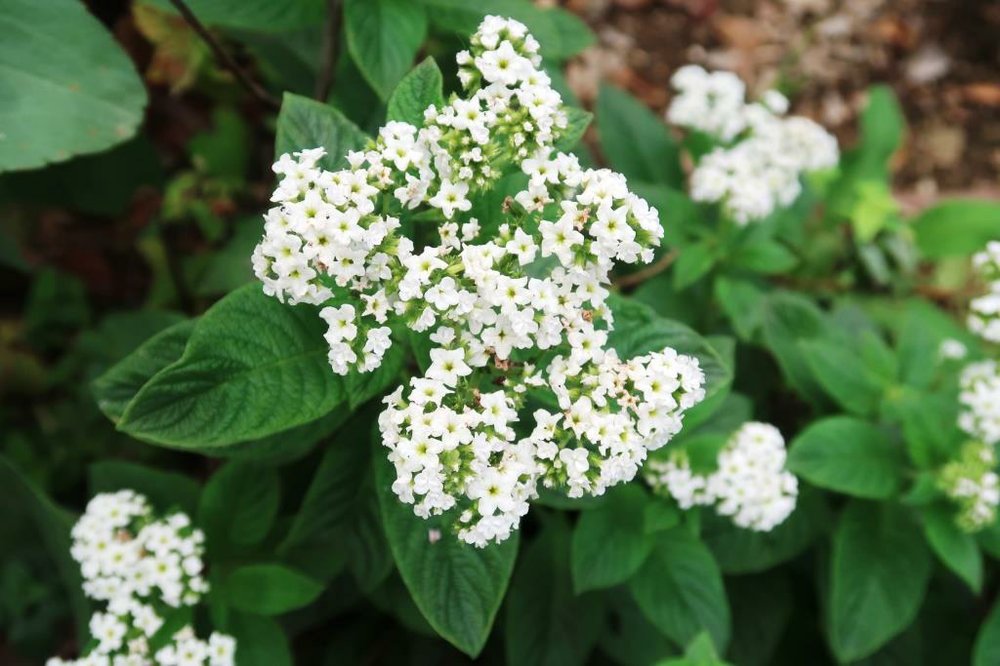 It needs good drainage and even moisture. Protect it from direct afternoon sun. It is deer resistant as well, since it is poisonous.

So many good plants for our gardens!