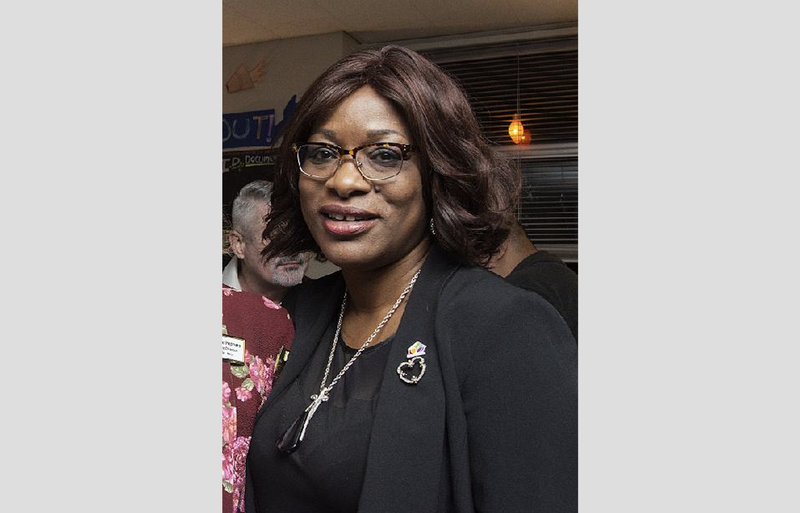 Turmoil at Little Rock nonprofit Lucie’s Place has resulted in the cessation of most of its services, including the closure of a residence for LGBTQ young people experiencing homelessness.

The trouble, which included the resignation of the group’s executive director, left seven people suddenly unhoused, and raises questions about the future for one of Arkansas’ most recognizable LGBTQ organizations.

“I have no place to go,” said Taylor Bolton, an 18-year-old from Mississippi who had been staying at the residence since March. Bouncing from house to house and place to place is difficult, she said.

Board President Greg Adams said in an interview last week that securing alternative housing for the residents is “outside the scope of what we can do.” He later added that the board is reassessing what assistance it could provide.

Interim Executive Director Andrea Zekis, who was appointed to her position on Tuesday, said she doesn’t “condone” the abrupt closure of the residence, and she plans to push to reevaluate programming to see what services may resume.

“It’s so important,” she added. “I don’t know where — if Lucie’s Place doesn’t provide those services — where some people might get those services from.”

Founded in 2012, Lucie’s Place is one of a handful of LGBTQ-focused nonprofits in Central Arkansas. It’s the only one explicitly focused on homelessness — a problem that’s more likely to affect the people it serves.

But according to interviews with residents and a staff member, confrontations in late April and early May involving a former employee and threats from an armed neighbor caused seven of eight people to leave the residential site overnight, saying they felt unsafe.

In their absence, they were told via text messages and a now-deleted social media post that Lucie’s Place would shut down its transitional housing center during the weekend of May 2.

When Slater Lee, 20, learned the news, he had been living at the residential site since September. He’d landed there after a long period of “couch-surfing” that began when, at 17, he was kicked out of a parent’s house in Washington state. Couch-surfing is a term used to describe moving between friends’ and family members’ houses, often sleeping on their couches.

Those who left for that night never meant to abandon their beds permanently, he said. They were stunned to learn the house would close indefinitely.

“They did not offer us any help finding housing, or anywhere to go, or food,” Lee said.

The Rev. Johnette Fitzjohn, who made the decision to close the facility at the recommendation of two board members, has since submitted her resignation as executive director, said Adams, who is a social worker. Fitzjohn declined an interview request.

Adams said what happened was “painful and a stressful thing” for everyone involved, but disputes allegations that no food or supplies were offered.

This is the second time in just over two years that the Lucie’s Place residence has closed, he added, and the program needs “to take a really big step back” and look at how it provides its services.

Zekis, a recent graduate of the University of Arkansas Clinton School of Public Service and veteran organizer in LGBTQ spaces, said she agreed to take the role to help the organization “pivot” and rebuild public trust.

“This whole thing isn’t going to repair itself quickly,” she said. “If there were problems going on, those things need to be addressed … We can fix this.”

As an organization focused on LGBTQ youth homelessness, Lucie’s Place took aim at what experts on housing insecurity and gender issues describe as a significant public health dilemma.

LGBTQ youths are up to 120% more likely to experience homelessness than heterosexual and cisgendered young people, and also make up about 40% of the population of homeless minors, according to a 2017 University of Chicago study.

Those populations, experts say, often have trouble accessing help. For example, people who are transgender may not feel safe sleeping in sex-segregated shelters or fear discrimination.

Lucie’s Place aspired to change that. While staying at the site, Lee said he enrolled in counseling and learned skills such as how to write a better resume. A case worker helped him “figure out how to be an adult better,” he said.

But residents and staff members said the organization had difficulty in recent months, especially as its leadership began to be made up of more “allies” and fewer people who were themselves LGBTQ.

Fitzjohn, who succeeded founder Penelope Poppers in 2018, struggled in the role, residents and staff members said. She seemed less familiar with LGBTQ issues, they said, and sometimes made comments residents found hurtful.

Told of the specific allegations, Adams, the board president, said he had not heard about them until recently but “would be disappointed if some of those were true.”

Tensions escalated on the evening of April 29, when residents said a staff member arrived at the house and a confrontation and shouting took place.

The next day — after a night in which Lee said some residents slept with pliers or knives near their beds for protection — a neighbor used homophobic slurs before pulling out a gun and threatening residents.

“Nobody is listening to us, and nobody is keeping us safe,” Lee said, describing the chaotic aftermath of the scene. “I was mad at [the director], because I felt like she wasn’t protecting us.”

When residents left to spend a night away after the incidents, Adams said he wasn’t aware that they intended to return, though he acknowledged that they’d left their possessions behind.

He said the staff member involved with the first incident was no longer with the organization. The series of events had pushed Adams and another board member toward recommending to Fitzjohn that the center close.

“If we’re going to do right by the people we need to serve in the long run, sometimes you need to take a timeout,” he said. “I think we are all hopeful that this is a temporary pause, and not a longterm plan.”

With services at the Lucie’s Place drop-in center limited by covid-19 concerns and the indefinite shutdown of its housing program, it’s unclear how the group will move forward. There’s no set timeline for those decisions, Zekis said.

The facilities have gone offline during a time experts and providers have said there’s more need for such services because of widespread economic insecurity caused by the pandemic, among other factors.

These conflicts could leave more young people on the streets, particularly LGBTQ youths, who are disproportionately represented among the homeless population, Waguespack said.

“Lucie’s Place is a vital resource for our community,” said Mac Bolt, who works as a resident assistant with Lucie’s Place. “That’s actually what makes this so upsetting.”

Bolt, who joined other staff members in a recent, successful push to seek union recognition and begin negotiating a contract, was among employees who spoke out publicly to condemn the way the closure was handled.

Zekis, who has twice served on the Lucie’s Place board, said the group has a lot of work to do that will likely take longer than her planned two-month tenure. She praised the work of other community organizations who came to residents’ aid.

She took on the new role, she said, in part because she does not want to see a group that is viewed as a valuable resource “dismantled.”

“Mistakes are going to be made along the way, but hopefully none as big as the mistake that had been made,” she said.

“What’s concerning to me is when you have residents who don’t feel safe in a place where they’re supposed to feel safe. It’s supposed to be home for them.”

Lee, who has a job working at a storage unit, says he will begin looking for a place to rent.

He said he hoped Lucie’s Place would start up a new residence in a neighborhood that felt safer, and appoint more LGBTQ people to its board. Two new appointments were announced on Thursday.

“I haven’t been there that long, but I’ve been there long enough to kind of know everybody at the organization,” Lee said, “and see stuff that I think needs to change.”