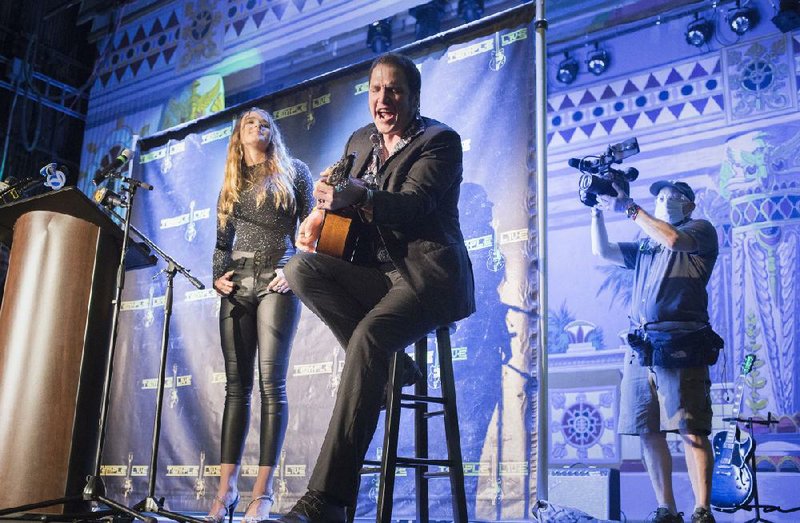 A Fort Smith music venue's plan to move a concert from Friday to today has been approved by the Arkansas Department of Health, said Meg Mirivel, a spokeswoman for the agency.

TempleLive had been at odds with Gov. Asa Hutchinson and the Department of Health over the venue's plan to have the concert Friday night, three days before the state was allowing large indoor venues to reopen since closing them in March because of the covid-19 pandemic.

Dr. Nate Smith, Arkansas' secretary of health, issued a cease-and-desist order against TempleLive on Tuesday night. Then, on Thursday, agents from the Arkansas Alcoholic Beverage Control Division went to the venue and "ripped" its liquor license from the wall, Mike Brown of TempleLive said during a news conference later that day.

An order from Alcoholic Beverage Control Division Director Doralee Chandler said the permit was being suspended because "This business is not operating in the public interest, and poses a danger to the public health, safety and welfare."

According to the order, the permit would be returned if the venue publicly announced that the concert wouldn't take place Friday.

Brown announced Thursday that the concert would be moved to today.

"At the end of the day, we fought the law and the law's won," he said during the TempleLive news conference.

Besides moving the concert date, the Department of Health is also requiring people at the concert to wear face masks.

In its original plan submitted to the Health Department, TempleLive stated that "masks will be available for purchase if desired."

In the plan approved by the state, all TempleLive employees and all audience members over the age of 10 must wear face coverings.

The Health Department also specified that the performers maintain a minimum of 12 feet from the audience, which wasn't in TempleLive's original plan.

The approved plan will allow TempleLive to have 239 people seated in the 1,100-seat venue, which is a former Masonic Temple.

Beginning today, large venues in Arkansas can reopen, but if they plan to have a crowd of more than 50 they must file a plan with the state Health Department.

Temperatures will be checked for people entering TempleLive for the concert Monday night. Also, groups will be seated at least 6 feet from other people. Both of those things, as well as several other precautions, were in TempleLive's original plan. 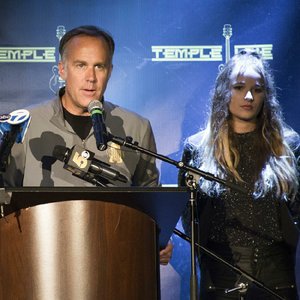 Photo by Charlie Kaijo
Mike Brown of TempleLive said Thursday that the business was applying to move Friday’s show to today against its will. “It’s very Minority Report and Westworld, which I thought were pieces of fiction that are now a reality in this country and this state,” Brown said. (NWA Democrat-Gazette/Charlie Kaijo)

The concert by Travis McCready had gotten national media attention.

The New York Times and Rolling Stone magazine said McCready's solo performance at TempleLive would have been the first large concert in the U.S. since the pandemic began.

McCready is the frontman of Bishop Gunn, a blues-rock band from Natchez, Miss.

Whether the concert, now scheduled for today, will still be the first large concert in the nation wasn't clear Friday.

TempleLive has booked McCready to perform an outside concert Tuesday afternoon at Tall Pines Distillery in Pineville, Mo. Lauren Brown will perform with McCready at both events.