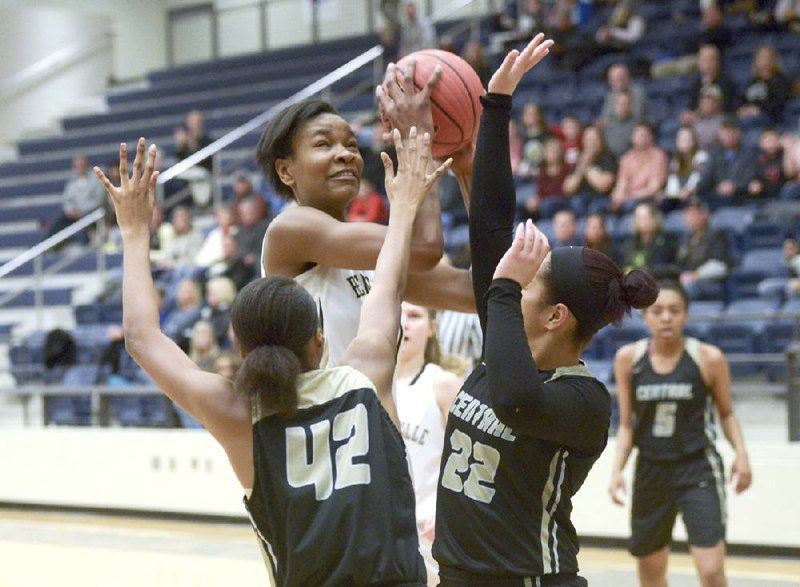 Bentonville's 6-4 junior standout called Mulkey to give her verbal commitment to play college basketball with the Bears, shortly before she made it public on Twitter.

"I knew it was her birthday, and I wanted it to be a surprise," Dauda said. "So I announced it to the Baylor coaching staff. Actually, I had a Zoom call with her and all the coaching staff. She was very excited and surprised, and I think this is one of her best birthday presents."

Dauda said she made her mind up a week ago, but she held off making it public in order to have time for family and to make sure she made the right decision. She chose Baylor over Arkansas, Missouri and Tennessee. 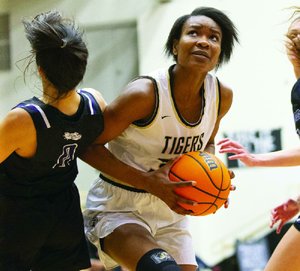 Bentonville’s Maryam Dauda verbally committed to Baylor on Sunday. Dauda, a 6-4 junior, averaged 16.6 points, 7.9 rebounds and 2.6 blocked shots per game in leading Bentonville to a Class 6A state co-championship this season. (Special to the NWA Democrat-Gazette/David Beach)

"It was a real difficult decision," Dauda said. "But I felt that going to Baylor would be a better choice for me, in general. I just felt from Day One, from talking to Coach Mulkey on the phone and talking to [Baylor assistant] coach Sytia [Messer] and the coaching staff, that Baylor was the place. I've also watched them on TV and the way they use their big post players, and I knew Baylor would be my new home."

"I'm so happy. Sometimes during the recruiting process, I would get so fed up with my phone and talking to so many coaches that I didn't want to talk to anybody at times. Having a dead period really helped with the decision because I didn't have to talk to coaches, which helped me pick out where I wanted to go for the next four years. "

Dauda, the Northwest Arkansas Democrat-Gazette Division I Player of the Year, led Bentonville to a school-record 27-1 mark and an eventual Class 6A state co-championship after the title game against Fayetteville was eventually canceled because of the covid-19 pandemic. She is considered one of the top players in the country by some national recruiting writers and the No. 1 post player in her graduating class nationwide.

She averaged 16.6 points, 7.9 rebounds and 2.6 blocked shots per game for the Lady Tigers, and she has broken nine school records, including every blocked shot mark. Dauda set the school's single-game scoring record with 36 points against Conway, then she grabbed 12 rebounds in a state tournament rematch with the Lady Wampus Cats to give her 729 career rebounds and breaking the previous school record of 727.

She also scored her 1,000th career point in a victory over Fayetteville in Tiger Arena that helped Bentonville complete a perfect 14-0 run through 6A-West Conference play.

"She had texted us a few moments before she announced it, just to give us a heads-up on her decision," Bentonville Coach Tom Halbmaier said. "I felt more relief for her because she did a great job with her recruiting. I know, with her mind and her personality, this was a tough decision for her to make. I think she made the best decision for her.

"Knowing Maryam, she doesn't take decisions lightly, and this had to be the toughest one. I'm just happy for her because you can tell there is relief in her voice that this is over. It's huge for her and for me too."

Dauda said she plans on signing her national letter of intent with Baylor during the November signing period. In the meantime, she wants to concentrate on improving her strength and her leadership abilities, as well as working on a more consistent with mid-range jumpers and three-point shooting.