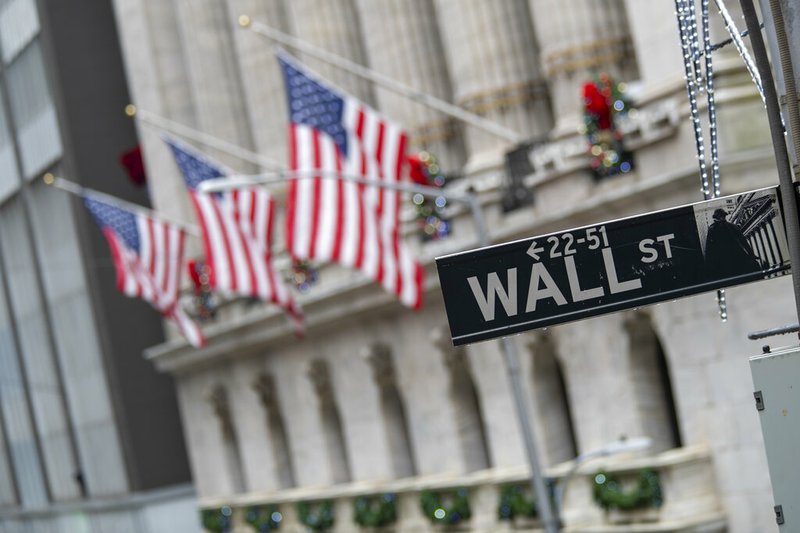 The stock market bounced back from its worst week in nearly two months Monday as optimism about a potential vaccine for the coronavirus and hopes for a U.S. economic recovery in the second half of the year put investors in a buying mood.

The S&P 500 climbed 3.15%, its best day since early April. The gains erased all of its losses from last week, when the index posted its worst showing since late March and its third weekly loss in the past four. Bond yields rose broadly in another sign that investors were becoming more optimistic.

Stocks were already headed for a higher opening on Wall Street when a drug company announced encouraging results in early testing of an experimental coronavirus vaccine. The stock of the company, Massachusetts-based Moderna, jumped 20%.

Investors were also encouraged by remarks over the weekend from Federal Reserve Chairman Jerome Powell, who expressed optimism that the U.S. economy could begin to recover in the second half of the year. Once the outbreak has been contained, he said, the economy should be able to rebound "substantially."

"The one thing I can absolutely guarantee is that the Federal Reserve will be doing everything we can to support the people we serve," Powell said during a television interview broadcast Sunday.

"Powell addressing that the Fed is not out of ammo combined with positive vaccine trial data has set the markets off to the races," said Matt Miskin, co-chief investment strategist at John Hancock Investment Management. "It just shows that sentiment can change so quickly in times like these."

But the Fed chairman also suggested that the worst economic readings were yet to come, even as states begin to gradually reopen. He said he expected "a couple more months" of job losses and acknowledged that the unemployment rate, which hit 14.7% in April, could peak at 20% or even 25%.

Investors are hoping that a working vaccine for covid-19 can be developed and that it will help reassure people and businesses as the economy reopens.

"The question of how quickly people come back, or will they come back to the way they used to do things, that's much different if you have a vaccine," said Megan Horneman, director of portfolio strategy at Verdence Capital Advisors.

Traders are also encouraged that, so far at least, there hasn't been a lot of data implying the reopening of the economy is going to lead to a resurgence in the number of covid-19 cases, said Sam Stovall, chief investment strategist at CFRA.

"Of course, because we are responding to impressions, we could end up giving back some of these gains should additional information contest our beliefs," he said.

Technology, financial and industrial stocks accounted for a big slice of the broad gains, along with companies that rely on consumer spending. Carnival Corp. jumped more than 14%, while Delta Air Lines and Live Nation Entertainment climbed more than 8%. Energy producers jumped more than 6% and real-estate firms added almost 5%.

Companies that have benefited as Americans stockpiled food and cleaning supplies, like Campbell Soup and Clorox, were among a small number of decliners.

J.C. Penney Co. stock plummeted 23%. The 118-year-old retailer filed for bankruptcy Friday, and said Monday that it planned to close about 242 stores -- 30% of its locations -- as part of its restructuring plan. The move will leave J.C. Penney with 604 stores.

The retailer also aims to have its e-commerce business account for more than one-quarter of its revenue within the next few years, up from 14% last year, according to a filing that included a presentation outlining J.C. Penney's business plan.

It's a big week for retail earnings, with Walmart and Kohl's reporting today, Target and Marks & Spencer on Wednesday, and Best Buy and TJX on Thursday. Amazon set a high bar a few weeks ago, reporting a 26% jump in first quarter sales.

The price of U.S. crude oil closed above $30 a barrel for the first time in two months Monday. Oil production cuts are kicking in at the same time that demand is rising as the U.S. and other countries ease some of the restrictions aimed at stemming the spread of the outbreak.

Bonds yields rose, another sign that pessimism was diminishing. The yield on the 10-year Treasury note, a benchmark for interest rates on many consumer loans, rose to 0.72% from 0.64% late Friday.

Fears of a crushing recession because of the coronavirus sent the S&P 500 into a skid of more than 30% from its high in February. Hopes for a relatively quick rebound and unprecedented moves by the Fed and Congress to stem the economic pain fueled a historic rebound for stocks in April.

May got off to a downbeat start as investors balance cautious optimism of a recovery as economies around the world slowly open up again against worries that the moves could lead to another surge in coronavirus infections and more economic uncertainty. But Monday's strong start to the week reversed all of the market's losses so far this month.

"We had a near 30% advance from the March 23 low to April 17, and then basically treaded water for a month as investors were expecting some sort of a retest of the prior low, which obviously did not come," Stovall said. "Usually, markets need to catch their breath after a sprint higher."

Wall Street is hoping that the reopening of businesses and the relaxation of stay-at-home mandates continue without any major setbacks, paving the way for corporate profits to bounce back.

Europe has been taking steps to reopen its economy more widely, and so far, new infections and deaths have slowed considerably across the continent. Some countries there started easing lockdowns a month ago and even the harshest shutdowns -- such as those in Italy and Spain -- have loosened significantly.

Information for this article was contributed by Alex Veiga of The Associated Press, by Vildana Hajric and Claire Ballentine of Bloomberg News and by staff members of The New York Times.