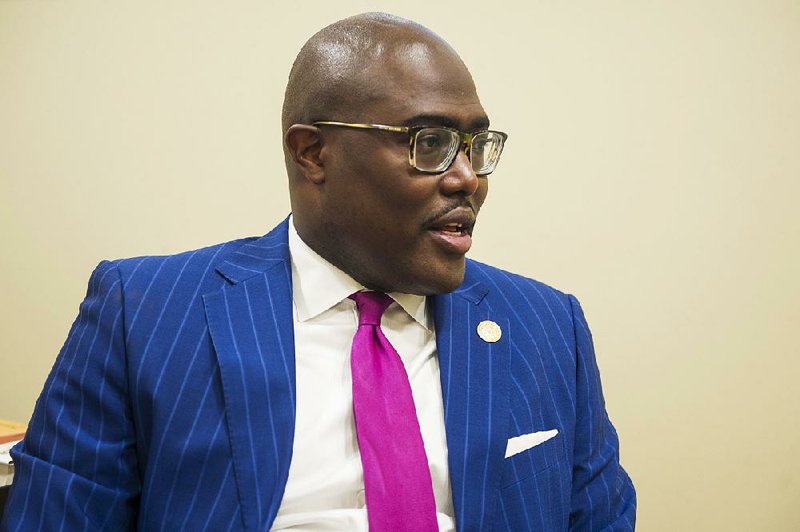 Little Rock Mayor Frank Scott Jr. is calling for an independent investigation into the city’s police department, he said in a statement released Tuesday night.

The scope of the review will cover personnel policies and practices, the handling of private and confidential information, and harassment and misconduct, according to the news release.

“The objective of this review is to ensure compliance with best practices in policy, procedure and protocol within our police department. This review will also reassure residents of the LRPD’s integrity,” Scott said in the statement. “Understand that this review is not about one individual or one organization. It is an attempt to provide insight about any potential concerns with actions, behaviors or decisions being made.”

The mayor added that many residents might agree that an independent review of the department is long overdue, pointing to systemic issues that he said include nepotism, de-escalation tactics and cultural competency, the internal affairs process and the abuse of authority.

Scott said he will announce who will conduct the review “in the coming days.”

Two of the department’s assistant chiefs, Hayward Finks and Alice Fulk, are accusing Humphrey of retaliation after they testified that the mayor pressured the department to rush its investigation into the fatal shooting of Bradley Blackshire by an officer in February 2019.

In Tuesday’s statement, Scott said he would not comment on the lawsuits specifically.