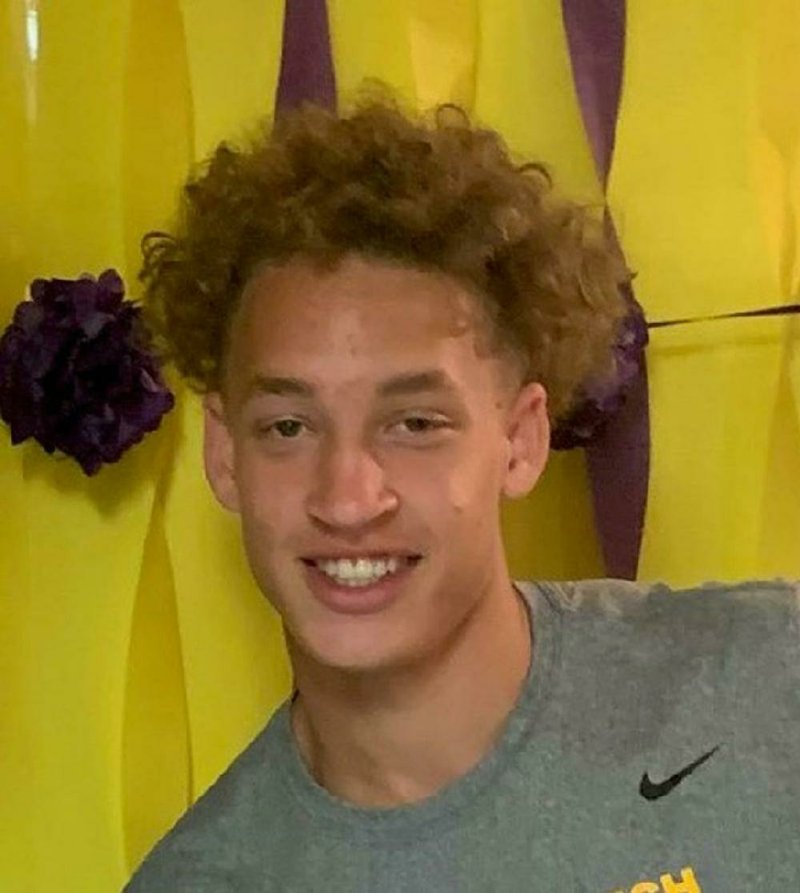 Taelon Peter was determined to break the Class 5A state high jump record this spring.

The state record in Class 5A is 7 feet and one-half inch set by Rod Newton of Crossett in 1996. Peter's personal best was 6-10, which he achieved at the Meet of Champs last May.

But the Russellville senior didn't get the opportunity to see whether he could go higher than Newton.

High school athletes across the state saw their spring sports seasons called off because of the coronavirus pandemic.

"Coming into the season, with the way he continued to grow and get better, we were going to see 7 feet," Goodman said. "It was going to be the next step. Then, he was going to try to break the state record. He was capable of doing it.

"He's such a unique talent. He's going to be successful in whatever he does."

Peter is headed to Tennessee Tech to play basketball, but he said he feels badly for the teammates who won't get the opportunity to compete in sports again.

"I was sad about it," Peter said. "But I was thinking about my teammates. For some of them, this was going to be the last time they would be doing this."

Goodman said he tried to have his athletes, especially the seniors, focus on the big picture outside of athletics.

"It's about protecting the lives of others," Goodman said. "That next race or that next jump is not worth someone's life."

Peter was the state's best high jumper over the past two years.

In 2018, Peter won his first high jump state title for the Cyclones, clearing 6-5 as a sophomore in the Class 6A state track and field meet. He went on to win the high jump at the Meet of Champs with a 6-8.

Russellville's basketball season ended March 3 at home with a loss to Jonesboro in the Class 5A state tournament at Cyclone Arena. Even though Peter was coming off basketball season, he said he was ready for track.

This year's Meet of Champs was scheduled for May 16, while the Class 5A state meet was set for May 5. Peter expressed regret about not getting the chance to compete at the event.

"It's been hitting me the last couple of days," he said. "I'm just glad I'll have somewhere to go to continue my career."

When Peter was in seventh grade, Russellville Middle School track and field Coach Joey Fisher persuaded him to compete in the high jump.

As a freshman, Peter finished ninth in the Class 6A high jump. Goodman said Peter realized that year that he could compete with the state's best and eventually end up on top.

"It was a good experience for him," Goodman said. "He exploded after that."

Peter credited Goodman and his coaches for his success.

"My coaches always had faith and had confidence in me," Peter said. "I'll be forever grateful. Without my coaches, I wouldn't be where I am." 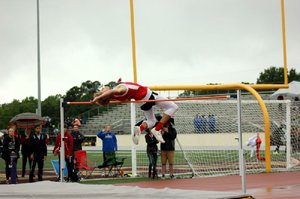 Photo by James Leigh
Russellville’s Taelon Peter cleared 6 feet, 10 inches when he won the 2019 Meet of Champs. Peter was determined to break the Class 5A state high jump record of 7 feet and one-half inch set by Crossett’s Rod Newton in 1996, but he never got that chance when the season was canceled. (The Sentinel-Record/James Leigh)

Goodman said a talent such as Peter's doesn't come around Russellville often.

"Once he athletically developed, he got better," Goodman said. "He got faster and stronger. It was amazing to watch him grow. The sky is the limit for him."

In basketball, Peter averaged 16 points, 6 rebounds, 3 assists and 3 steals per game as the Cyclones went 23-6 and won the 5A-West Conference. He's looking forward to his college career at Tennessee Tech, where he'll play for former University of Arkansas head coach John Pelphrey.