3 states get $88M for fisheries flooding 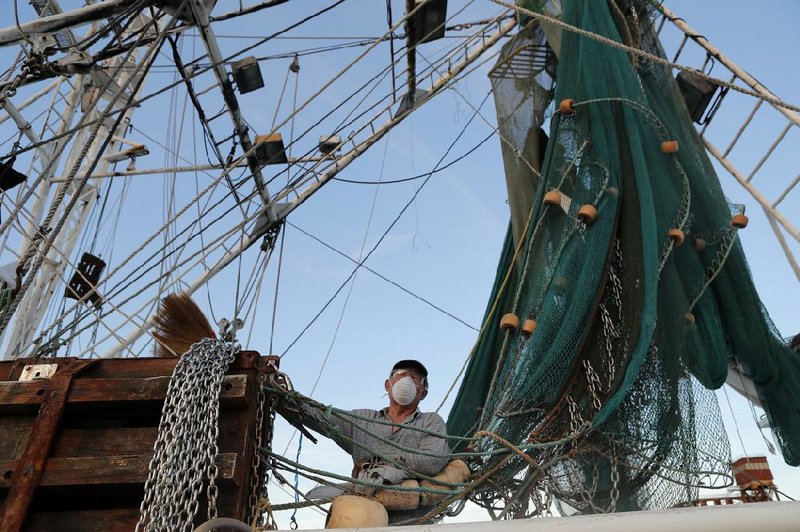 Minh Nguyen cleans his shrimp boat in Morgan City, La. He said he will not be taking the boat out for the start of shrimping season because of low shrimp prices amid the coronavirus. (AP/Gerald Herbert)

NEW ORLEANS -- Three Gulf Coast states are getting more than $88 million in fisheries disaster funds for damage from last year's flooding, which included an unprecedented two openings of a spillway west of New Orleans.

"These funds will help industries and individuals recover from this disaster, and build resilience for the future," U.S. Commerce Secretary Wilbur Ross, who declared a fisheries disaster in September, said in a news release Monday.

"After waiting an entire year, we finally have a chance to right some of the wrongs caused by last year's high river event," Graves said. "South Louisianans know the disaster process all too well and for years they have been victimized by cumbersome bureaucracy."

A state report in November said Louisiana alone lost $256 million because heavy rains in the Midwest kept the Mississippi River at flood stage for extended periods and forced two openings of the Bonnet Carre spillway.

"These funds are welcome news for the many fishermen who suffered through last year's unprecedented opening of the Bonnet Carre Spillway, but our state deserves a long-term solution to disasters like these," Sen. Roger Wicker, R-Miss., said in a news release.

He and Rep. Steven Palazzo, R-Miss., said they are working to change the way federal fisheries disasters are evaluated and approved.

"I am also pushing the U.S. Army Corps of Engineers to consider alternatives to opening the Bonnet Carre spillway so that we can minimize the risk of these disasters in the future," Wicker said.

Mississippi has been pushing to have the Morganza floodway used as an alternative to the Bonnet Carre, which was created to protect New Orleans' levees from damage caused by rushing water. The Morganza floodway, which starts west of Baton Rouge in Pointe Coupee Parish, sends water into farmland and campsites in the Atchafalaya Basin if floods threaten Baton Rouge and New Orleans.