Fabled ‘Snyder cut’ of ‘Justice League’ to be released next year 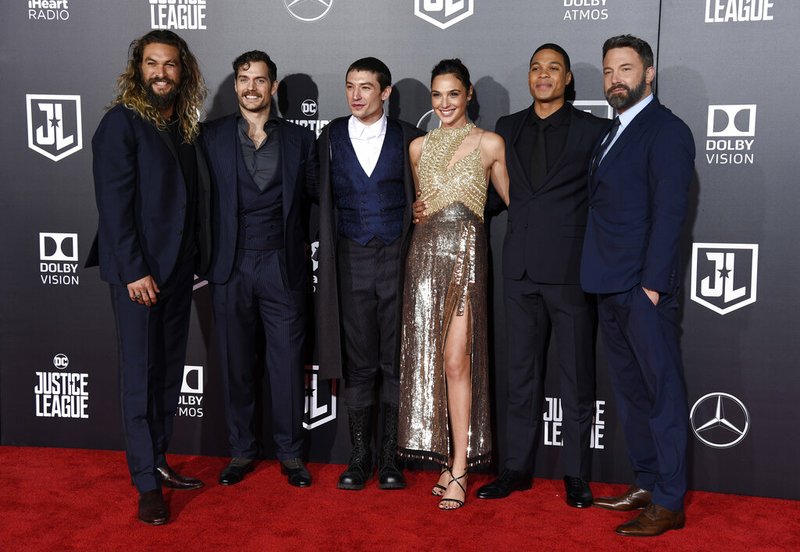 The cast of "Justice League" poses at the premiere of the film in Los Angeles in 2017. From left are Jason Momoa, Henry Cavill, Ezra Miller, Gal Gadot, Ray Fisher and Ben Affleck. Warner Bros. Pictures said Wednesday, May 20, 2020, that director Zack Snyder’s cut of the film will debut next year on the streaming service HBO Max. (Invision, AP / Chris Pizzello )

NEW YORK — For several years, the slogan “Release the Snyder cut” has reverberated online as a rallying cry both genuine and ironic — a “Vive la revolution” for comic book movie fans. On Wednesday, they finally got their wish.

Warner Bros. Pictures announced that a director’s cut of Zack Snyder’s 2017’s DC Comics film Justice League will next year debut on the streaming service HBO Max. Snyder first announced the news himself in a live video conference commentary for his Superman film Man of Steel.

The so-called #ReleaseTheSnyderCut movement began around the release of Justice League, a movie that Snyder directed but was replaced in post-production by Joss Whedon. The Avengers director, who was credited as co-writer, oversaw extensive reshoots, editing and visual effects. Whedon also hired film composer Danny Elfman to craft an almost entirely new score, which had elements of Elfman’s theme to 1989’s Batman and John Williams’ theme to 1978’s Superman.

By 2017, Snyder’s stewardship of the DC Comics films had drawn much criticism; his previous film Batman v Superman: Dawn of Justice rated 28% fresh on Rotten Tomatoes. But some fans remained loyal, even as Warner Bros. reshuffled their approach to DC films.

At the time of his departure, Warner Bros. said Snyder was stepping away to be with his family following the death of his 20-year-old daughter.

Snyder remained the sole credited director of Justice League, which was likewise panned by critics (40% fresh on Rotten Tomatoes) and considered a disappointment by most fans. But some have maintained that Snyder’s vision of the film would have been better. In November, even the film’s stars Ben Affleck and Gal Gadot added to the chorus on Twitter.

“Since I got here 14 months ago, the chant to #ReleaseTheSnyderCut has been a daily drumbeat in our offices and inboxes. Well, the fans have asked, and we are thrilled to finally deliver,” said Robert Greenblatt, chairman of Warner Media Entertainment, in a statement.

Speaking to fans during the Man of Steel watch party, Snyder said he still had work to do on his version of the film.

“I want to thank HBO Max and Warner Brothers for this brave gesture of supporting artists and allowing their true visions to be realized,” Snyder said in a statement. “Also a special thank you to all of those involved in the SnyderCut movement for making this a reality.”