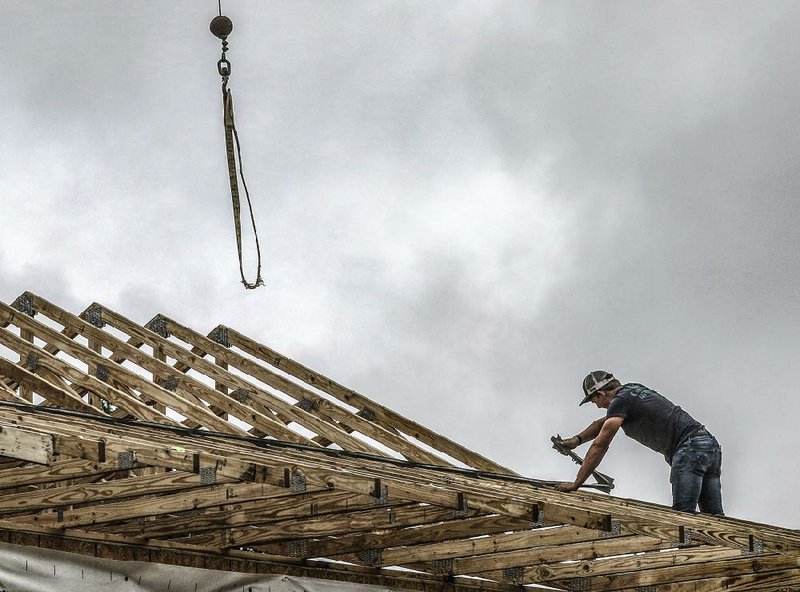 WASHINGTON -- U.S. homebuilding plunged in April to the lowest level in five years, taken down by the economic fallout from the coronavirus pandemic.

Single-family housing starts dropped 25.4% to a five-year low 650,000 annualized rate. Multifamily starts, a category that tends to be volatile and includes apartment buildings and condominiums, plunged 40.5% to a 241,000 pace.

"The monumental decline in home construction activity in April was widely expected, but the decline is breathtaking nevertheless," said Matthew Speakman, economist for the real estate firm Zillow. "The monthly decline in housing starts was easily the largest on record."

The lockdowns and travel restrictions designed to contain the pandemic have brought economic life to a near standstill. The unemployment rate is 14.7%, highest since the Great Depression.

The Commerce Department reported an 8.1% drop in the completion of homes under construction, which means many are being left half built.

The slowdown in residential construction represents a rapid turn of events for the nation's homebuilders, which were seeing solid demand entering 2020 on the heels of a steady job market and cheap borrowing costs. Sales and starts may begin to stabilize in coming months as most U.S. states relax business restrictions and mortgage rates hold near all-time lows.

U.S. homebuilder sentiment has risen this month by more than forecast after a record slump in April as a pickup in sales and demand expectations pointed to stabilization in the real estate market.

The National Association of Home Builders/Wells Fargo Housing Market Index increased by 7 points to 37, according to data Monday. In April, the gauge plummeted 42 points, the most in records to 1985. The median projection in a Bloomberg survey of economists called for 35 in May. Readings above 50 indicate more builders view conditions as good than poor.

"Low interest rates are helping to sustain demand," Robert Dietz, association chief economist, said in a statement. "As many states and localities across the nation lift stay-at-home orders and more furloughed workers return to their jobs, we expect this demand will strengthen."

The average rate on a 30-year fixed mortgage rate dropped in April to the lowest in Freddie Mac records to 1971, enticing buyers. At the same time, the industry will be challenged by the surge in layoffs that has occurred over the past two months as the coronavirus prompted state and local governments to close most nonessential businesses.

All three components of the builder sentiment index -- current sales, expectations and potential buyer traffic -- advanced this month. Confidence improved in all U.S. regions but the Northeast.

Information for this article was contributed by Paul Wiseman of The Associated Press and by Vince Golle of Bloomberg News.