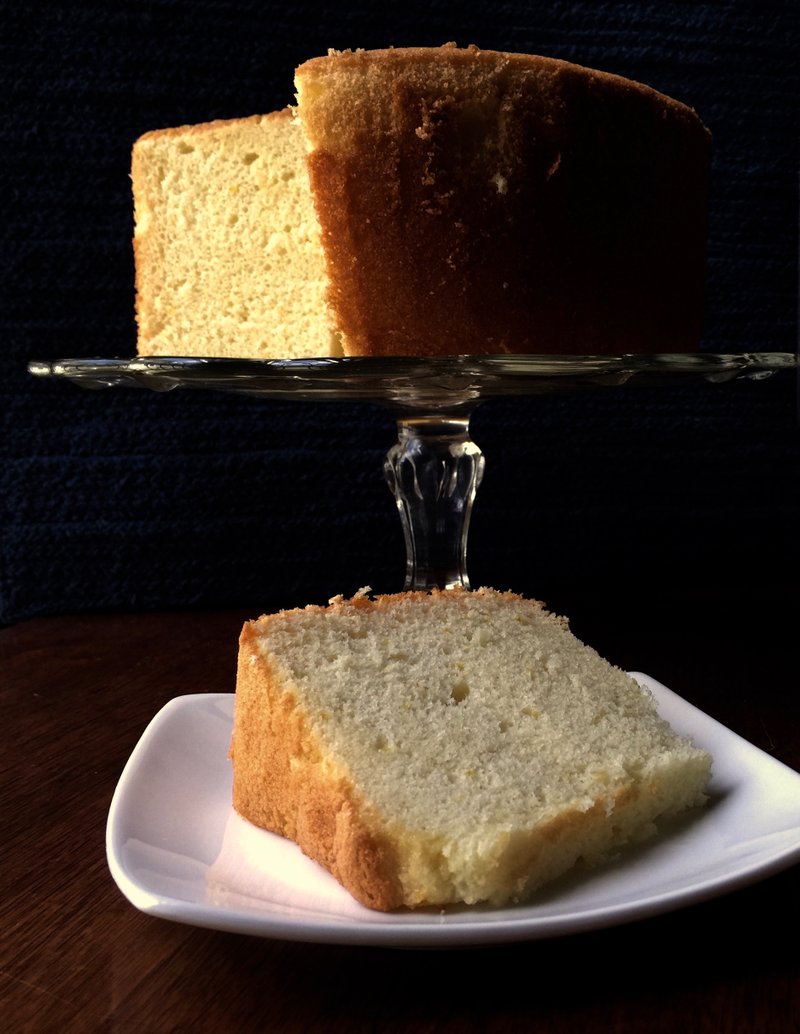 I haven't written much about my paternal grandmother.

We called her Buba, but most people knew her as Flossie.

She was not Jewish, but she was greatly influenced by a Jewish family in her youth, deciding she wanted to be called Bubbe when she became a grandmother, which our Southern drawls turned into Buba.

Hers is the bakeware — cake pans, cookie sheets, muffin pans — I use most often. Sometimes, I feel guilty that her once pristine and shiny bakeware now has the golden patina of someone with less tenacious cleaning habits. But I know that she would be delighted that the pieces get so much use.

I'm sure she baked a variety of cakes, but two stand out in my memory. The peppermint cake she baked for me every year on my birthday — Buba was the kind of grandmother who always had peppermint or butterscotch candies in her purse — and angel food cake.

Lately, I've been baking in her angel food cake pan. It's a little battered from decades of use, but all three feet are intact and it's still (mostly) round.

After baking two angel food cakes — a side-by-side comparison of scratch vs boxed mix — I decided to try my hand at a chiffon cake.

Chiffon cakes are similar to angel food in appearance. They can reach gravity-defying heights but are made with egg yolks and oil, making them moister and less springy than angel food. I think they're a little less cloyingly sweet, but they generally contain the same amount of sugar, so that's only my perception.

Heat oven to 325 degrees. Have on hand an ungreased 10-inch angel food or tube cake pan.

Sift the flour, baking powder, sugar and salt into a large mixing bowl.

Make a well in the center of the dry ingredients and add (in order) the oil, 1 cup water, egg yolks, vanilla, lemon zest and juice. Mix until smooth; scrape the bowl and mix for 30 seconds more.

In a separate bowl with clean beaters, combine the egg whites and cream of tartar. Whip with an electric mixer until very stiff.

Fold one quarter of the beaten egg whites into the egg yolk mixture to lighten, then gradually (in four additions) pour the yolk mixture back over the remaining whites, folding gently just until blended each time. Gently spoon the batter into the pan.

Bake at 325 degrees for 55 minutes, then increase the oven temperature to 350 degrees and bake 5 to 15 minutes more, until a cake tester or wooden pick inserted near the center comes out clean.

Remove the cake from the oven, and cool it upside down, inverted over the neck of a glass bottle or standing on its feet.

When completely cool, run a thin-bladed metal spatula between the cake and the pan, and turn the cake out onto a serving plate. Garnish as desired.

Note: Eggs are easier to separate when they are chilled, but egg whites should be brought to room temperature before whipping.