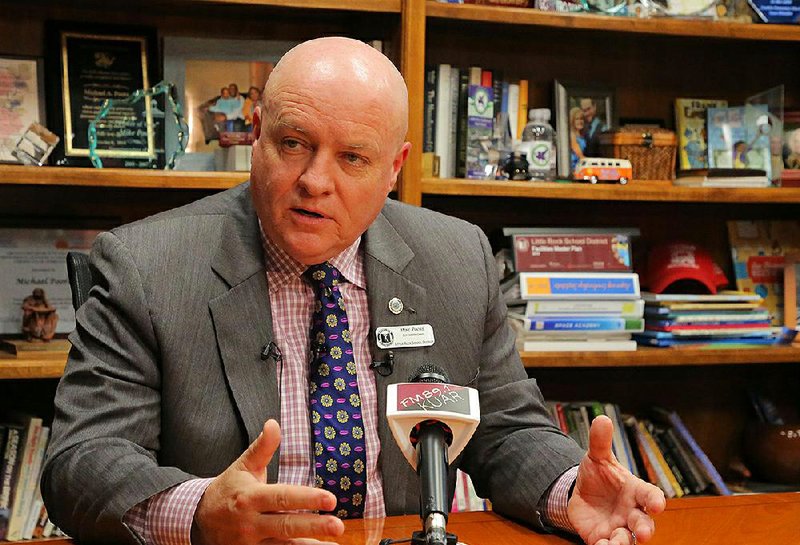 Zone boundaries for the first Little Rock School Board election in more than a half-decade were approved Wednesday by a unanimous vote of the Pulaski County Election Commission.

The commission voted 3-0 on the proposed election zone map for the nine-member elected board, which paves the way for an election to take place this year to fill all nine seats on the board.

"Now that the commission has approved the map, I hope we will see great candidates come forward in all nine zones," said Ali Noland, an advocate for the school district who announced her intention earlier this year to run for one of the seats. "The future of the school district depends on keeping Little Rock families engaged in supporting our public schools."

The filing period for candidates is July 27-Aug. 3, and Election Day is Nov. 3.

The school district has been operating without an elected board since January 2015, when the state Board of Education assumed control of it. At the time, six of the district's 48 schools were declared academically distressed because of students' subpar test performances.

In 2019, the state board voted 8-0 to return the district to the purview of a locally elected school board, but with limitations.

The new board will be prohibited from making a number of decisions on its own without state approval. Those include changing superintendents, recognizing any employee bargaining agent or filing any kind of litigation aside from routine lawsuits against contractors or vendors.

Those restrictions have been opposed by Little Rock teachers and pro-district activists and are being challenged in two separate lawsuits that were filed in March in Pulaski County Circuit Court.

Superintendent Michael Poore called Wednesday's vote by the commission a "welcomed step" toward an elected board.

"I look forward to the next steps and encourage our community to consider this leadership opportunity in Little Rock," he said.

No changes to the zoning boundaries were proposed or mentioned during Wednesday's election commission meeting, which was held remotely via YouTube. The boundaries were drawn up earlier this year and approved by Arkansas Education Secretary Johnny Key.

Shelby Johnson, the state geographic information officer, was on hand to answer questions from commissioners. After a brief discussion, commissioners approved the boundaries.

Noland, like Poore, said the time is right for civic- and education-minded people to come forward now that the zones have been set.

"We urgently need smart, thoughtful, hardworking people to step up and serve our kids by running for school board," Noland said.