Judge puts permanent injunction on state rule for campaign contributions by Linda Satter | May 21, 2020 at 3:01 a.m. 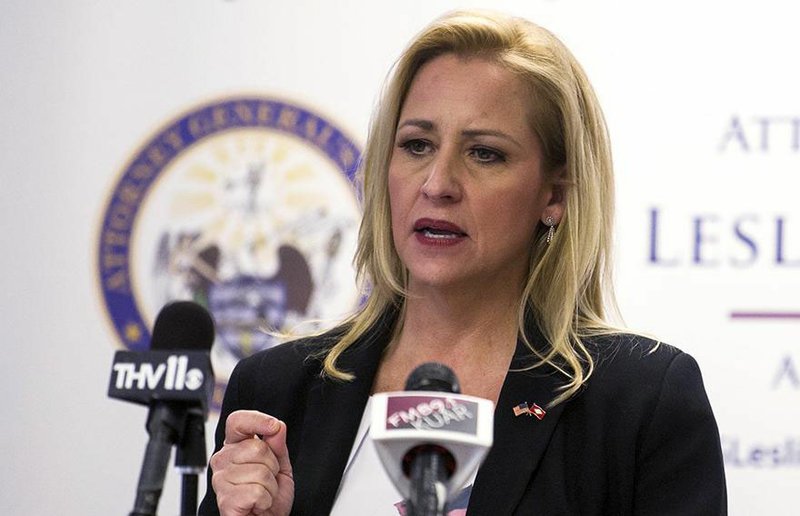 Candidates for state offices are no longer barred from accepting campaign contributions more than two years before elections.

Moody's order was welcomed Wednesday by both sides of a relatively short-lived debate about the constitutionality of Arkansas Code 7-6-203(e), which was adopted by voters in 1996 as part of a package of amendments to campaign-finance laws. The amendments were an effort to combat corruption.

"We're pleased with the order and we think it's right on the law," said attorney Christoph Keller, whose law firm Quattlebaum, Grooms & Tull of Little Rock filed a lawsuit April 8, 2019, challenging the law on behalf of a Pulaski County woman. Keller added, "We're glad to see this resolved."

Amanda Priest, spokeswoman for Arkansas Attorney General Leslie Rutledge, noted that it was Rutledge's duty to defend the law. She said that now, "with the law being struck down, the attorney general is pleased that the decision provides clarity for candidates and contributors of candidates."

Plaintiff Peggy Jones complained that the law infringed on her right of political expression by preventing her from donating money in 2019 to people she wanted to support in the 2022 election cycle. At the judge's request for more specifics, she named one of those people as Sen. Mark Johnson, R-Conway, who Jones said had told her he plans to run again in 2022. She said she had supported him in 2018 as well.

On June 17, Moody granted a preliminary injunction to block the law's enforcement until its constitutionality could be examined more closely. He disagreed with a state attorney's argument that Jones lacked legal standing to pursue the case because she feared only that she or Johnson would be punished for ignoring it, but hadn't actually been punished yet. Moody said she adequately showed the likelihood of potential punishment, allowing her to challenge the law.

The state appealed the preliminary ruling to the 8th U.S. Circuit Court of Appeals in St. Louis, which upheld the order Jan. 27, agreeing that law was probably unconstitutional.

A three-judge panel of the 8th Circuit said individuals exercise a right to participate in public debate through political expression by contributing money to candidates. The panel said any effort to restrict political contributions requires the state to establish that the restriction "advances a sufficiently important state interest" without unnecessarily abridging First Amendment freedoms.

The panel opinion, written by U.S. Circuit Judge David Stras of Minneapolis, also said there was no evidence indicating that early contributions present a greater risk of corruption than later contributions. Also on the panel were U.S. circuit judges Jane Kelly and Michael Melloy, both of Cedar Rapids, Iowa.

"The parties have informed me that no new evidence will be presented, and a final order could be entered based on the current record," Moody said in his latest order. "Accordingly, the terms of [the June 17 injunction] are hereby made permanent."