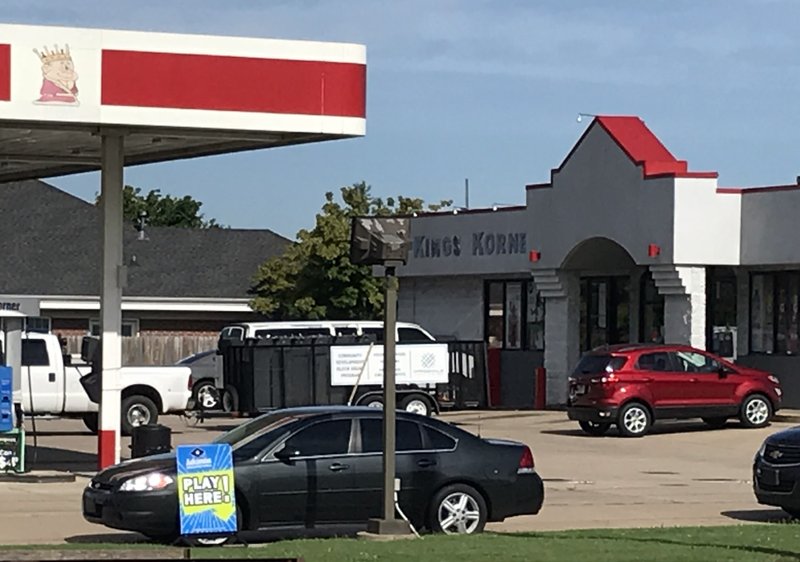 FAYETTEVILLE -- The state Alcoholic Beverage Control Board on Wednesday denied a beer and wine permit for a Springdale business whose owners were arrested last year for keeping a gambling house.

The board spent about two hours hearing testimony about the application and the gambling case before voting 5-0 to deny Glen and Tammie Calhoun a permit to sell beer and liquor at the Kings Korner store, 2808 W. Huntsville Ave. The couple also own the Kings Express store at 2513 N. Thompson St. in Springdale and have a beer and wine permit for that business.

The Alcoholic Beverage Control Division is responsible for the regulation, supervision and control of the manufacture, distribution and sale of all alcoholic beverages. ABC agents inspect and report on permit applications in addition to investigating violations. All ABC agents must be certified law enforcement officers.

Detective Danny Wright with the Springdale Police Department told the board both Calhouns were issued felony citations for keeping a gambling house after police searched the two businesses July 11, 2019, and seized 31 video gambling machines along with more than $48,000 in cash, computers, paper records and a handgun.

Wright said similar machines were used for many years in businesses and were considered amusement devices under what he called the "Chuck E. Cheese" law limiting the value of prizes to under $12.50. Wright said the law was changed in 2016 and police notified business owners the machines were now considered gambling devices.

Wright and Bill Montgomery, an agent for the Alcoholic Beverage Control Commission, told the board they spoke with the Calhouns about the machines.

Wright said a man told police April 11, 2019, he was robbed of more than $300 cash he won at the Kings Korner store. That prompted an investigation of the Calhouns' businesses.

"What brought this to a head was the robbery," Wright said. "The amount of money that was being exchanged and the criminal element that was involved."

According to Wright and Montgomery, undercover investigators visited the businesses and used the machines, receiving cash payments when they won. Under the Chuck E. Cheese law, winners were to receive tickets they redeemed for prizes at the stores, not cash.

Wright said two other family members -- Lindsey Calhoun and Mark Calhoun -- were also given felony citations in the investigation for being accomplices to keeping a gambling house.

Louis Lim, a Springdale attorney representing the Calhouns before the board, said a plea agreement has been offered in the case allowing the Calhouns to be placed on probation under Act 346, and if they complete their probation there would be no conviction on their records.

Lim said the Calhouns were asking for the permit for the Kings Korner business so it could operate under the same conditions as the Kings Express business.

"They want to be allowed to sell beer and wine at Kings Korner just as they are at the Kings Express," Lim said. "Since their arrest in July 2019 they no longer hold the position that these machines are amusement machines."

ABC director Doralee Chandler said she was satisfied with the board's vote to upheld her decision to deny the permit.

"My initial denial of the Kings Korner application was based on opposition expressed by local law enforcement," Chandler said after the meeting. "With any permit initially denied, we want to ensure the applicant has an opportunity to go before the board and share the reasons the permit should be awarded. Today was a great example of this process. Following an informative two hours of testimony, the board considered and determined whether the permit was in the best interest of the community."

Scott Hardin, spokesman for the state Department of Finance and Administration, which includes the ABC, said the Calhouns have the option of challenging the board's decision in circuit court. Hardin said a reversal would be "uncommon" and he was aware of just one instance in the last 18 months where a circuit judge overturned a permit denial.