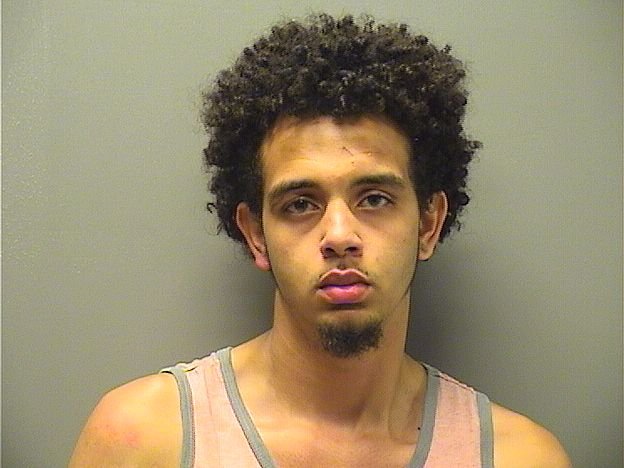 Kedric Michael Jenkins, 19, who lists a Malvern address, was taken into custody at Oaklawn, 2705 Central Ave., shortly after 1:30 a.m. and charged with second-degree battery, a felony punishable by up to six years in prison, and misdemeanor counts of possession of a controlled substance, marijuana, possession of drug paraphernalia and public intoxication.

Jenkins, who also had a warrant for failure to pay fines from a Sept. 15 conviction for public intoxication, remained in custody on $5,000 bond.

According to the probable cause affidavit, around 1:30 a.m., Deputy Andrew Wells was called by Daniel Hagerich, Oaklawn casino security supervisor, about a male identified as Jenkins was being escorted out of the building and dropped a baggie on the floor containing 2.6 grams of suspected marijuana.

Andrews spoke with Jenkins and determined Oaklawn was going to pay for a cab to give Jenkins a ride to his house. Jenkins was reportedly asked several times by Andrews to have a seat on a bench in the casino lobby.

Jenkins refused to cooperate with Andrews or Oaklawn security, so Andrews began to take him into custody. As he was doing so, Jenkins allegedly swung his right hand and punched the deputy in the mouth, injuring his lip.

Andrews asked Hagerich to assist him in handcuffing Jenkins and then escorted him to his patrol car. Once at the car, Jenkins allegedly "reared his head forward" and head-butted Andrews in the nose, causing it to bleed.

He was finally taken to the jail and booked on the felony and misdemeanor charges. While in booking, Jenkins was reportedly given a portable breath test and his blood-alcohol content registered at 0.142%, almost twice the legal limit.

According to court records, Jenkins was arrested March 7 in Hot Springs on misdemeanor charges of first-degree criminal mischief and third-degree battery, each punishable by up to one year in jail. His arraignment was postponed twice due to the ongoing covid-19 pandemic, but is set for June 1.