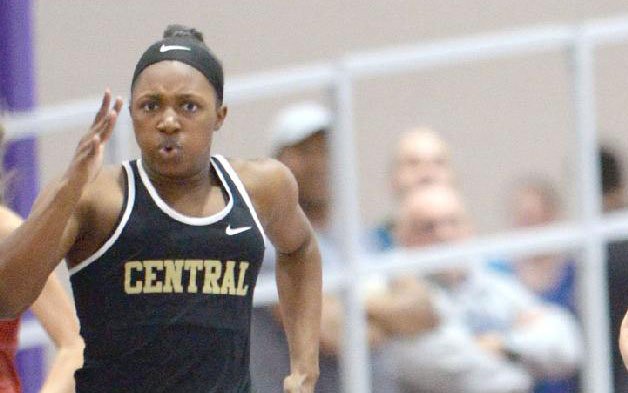 Entering the 2020 outdoor track and field season, Kamaria Russell was determined to repeat as a state champion in the Class 6A state 100 and 200 meters.

The Little Rock Central junior sprinter didn't get to compete in the state track and field meet, which was scheduled for May 7 in Van Buren, because the spring sports season was canceled thanks to the coronavirus pandemic.

While Russell will have one more season left with Little Rock Central, Russell wasn't happy she couldn't defend her 100 and 200 titles.

"I was disappointed," Russell told the Arkansas Democrat-Gazette. "Now I have to prove myself next season."

Larry Siegel, who coaches the boys and girls track and field teams at Little Rock Central, said he had high hopes for Russell.

"She was doing great," Siegel said. "She was healthy going into the season. She was not only looking forward to her season but also with the other girls to help her with the relay."

When the Arkansas Activities Association made its announcement to call off the spring sports season April 9, Siegel said he was in a strange situation, one he had never been in during his 42 years as a teacher and coach.

"It was really a shock to all of the them," Siegel said. "We had one of the most talented teams that I've had here."

In her first two years with the Lady Tigers, Russell made herself known on the state's track and field scene.

After finishing second in the 100 as a freshman to Tiana Wilson of Hamburg, Russell won the Class 6A 100 last season in 12.07.

Russell didn't get to run in an outdoor meet this spring, but she did get to compete in the indoor season.

When it came to competing in the outdoor state track and field meets, Russell said she was ready to roll.

Russell also was scheduled to run the 1,600 relay with seniors Isabel Farnsworth and Jordan Head, and freshman Imani Carpenter. Siegel said he believed that group was going to be successful this season.

"They could have set the school record and the state record," Siegel said.

Before she ran for the high school team at Little Rock Central, Siegel said he believed Russell could make an impact for the Lady Tigers.

"When I first saw her in the eighth grade, I thought, 'Man, that girl is a thoroughbred,' " Siegel said. "That girl is something else."

Without a junior track and field season, Russell wasn't able to add to her resume. However, Siegel said Russell's first two seasons will help her when it comes to attracting college attention.

"It's tough," Siegel said. "But she's on the radar of all the college coaches. Early on, she made a name for herself. She's taken care of business."

Siegel said Russell has been training on her own. Russell said she's been running sprints as well as running hills.

As far as the 2021 season goes, Russell is already thinking about what she wants to do as a senior.

"I want to win the meets," Russell said. "My goals are to break the state and Meet of Champs records."

Her coach has no doubt about her availability for the 2021 season.

The 22nd in a series recognizing some of the state’s best spring high school athletes who had their seasons canceled by the coronavirus pandemic.