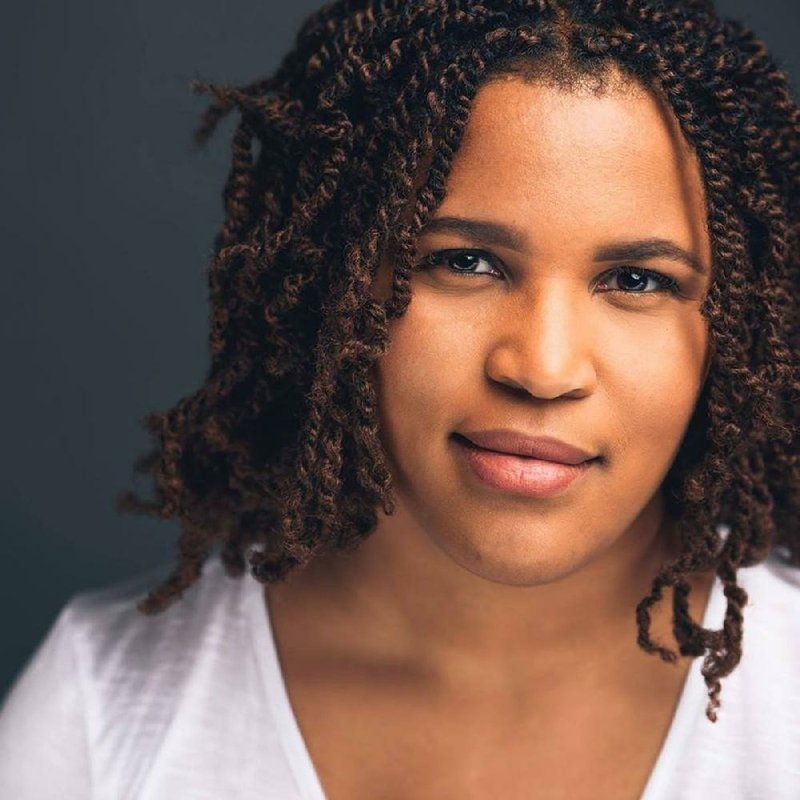 During "Pay the Piper," an episode of The Flash that aired May 5, the titular speedy superhero resumes his battle with the even swifter Godspeed and has to team up with an old frenemy if he has any chance to succeed and save Central City from certain doom.

Watch closely as the credits roll early in the episode -- the 18th in the series' recently concluded sixth season on The CW -- and you will see Jess Carson is credited as its writer.

Carson, 32, grew up in Little Rock, and "Pay the Piper" is her first solo credit as a writer on the series.

The episode was supposed to debut in April, but the pandemic interrupted the show's scheduling. She watched it as it aired with her manager, Kegan Schell, at her apartment in Los Angeles.

"I hadn't seen it all put together, so seeing it for the first time was really cool," she says during a telephone interview last week. "It made everything, for the first time, feel real. I've been working at this for a decade."

Even on the phone, Carson's enthusiasm is evident, and she laughs often as she answers questions or tells stories.

Carson is the middle child and only daughter of Victor and Sharon Carson. She started reading comics at an early age -- Batman, Wonder Woman, The Flash, Green Arrow -- and loved science fiction.

"I would sit up with my dad watching movies that would make my mom cringe," she says.

She also watched a lot of TV, everything from Family Matters and The Simpsons to sneak-watching grown-up HBO fare like The Sopranos, Six Feet Under and Oz.

"Definitely stuff that I was not supposed to watch."

She attended Joe T. Robinson High School and wrote a play, Dysfunction, which was staged there while she was still a student.

"She was writing all the time," Victor Carson says. "She loved to write. I guess leaning toward a writing career probably started there, in high school."

"It was in Little Rock that I started getting into film and shot a really horrible movie that I made sure that no one can find, anywhere," she says with a laugh. "But I really loved doing it ... the arts community in Little Rock is so great, from film to community theater ... we have so many amazing voices in Arkansas that deserve to be heard."

She moved to New York in 2015, where she worked in digital marketing and learned all she could about the TV and film industry.

"I had no idea, but I did some screenwriting workshops, made some contacts, took some trips to L.A."

She was hired to write Only Human, an off-Broadway musical with Gary Busey that opened last year.

A little over two years ago, after several trips west, she finally left New York for L.A.

"I was interested in television and I knew that to do TV you have to be in L.A.," she says.

And to do TV a writer must learn to handle rejection.

"Ninety-nine percent of what you hear will be no, but you only need one yes," Carson says.

She would tell herself that each no was just another one to add to her pile of rejections and that a green light would come soon.

"A mentor once told me that you only lose when you quit," she says.

"She has always picked herself right back up," Victor Carson says. "We always pray for her, but she is so tenacious. She just kept going and kept going."

Eventually, she interviewed with Eric Wallace, the showrunner on The Flash, and was hired to write for the show as a freelancer.

In March she was offered a full-time spot in the show's writer's room.

"I'm still in the honeymoon phase, but to me it is magical," Carson says. "There is a lot of teamwork, it's very collaborative, but I think the beauty of this room is the showrunner. Eric [Wallace] is one of the most brilliant people I've met."

Being in California and a few hours behind many of her friends and relatives in the South and on the East Coast, she had already gotten several messages of congratulations before she finally got to see "Pay the Piper."

"It was interesting, getting all of the reactions that way," she says. "It actually quelled a lot of my own anxiety about watching it myself. Once my parents said it was amazing, I didn't care what anybody [else] said."

Victor says he and Sharon watched it together.

Isolation measures forced The Flash to end its sixth season a few episodes early and it is now on hiatus. It was renewed for a seventh season in January.

Maybe one day Carson will transition to writing movies. She has a feature film, Dead Red, in development with Broken Road Productions and has written and directed several short films including Paradigm, 72 Seconds, Gin & Sin and Project Oasis, but she isn't in a hurry.

"That will be further down the line," she says. "I'm loving where I'm at, and hopefully I'll have some longevity in this."