Har-Ber wrestlers pin down outside help 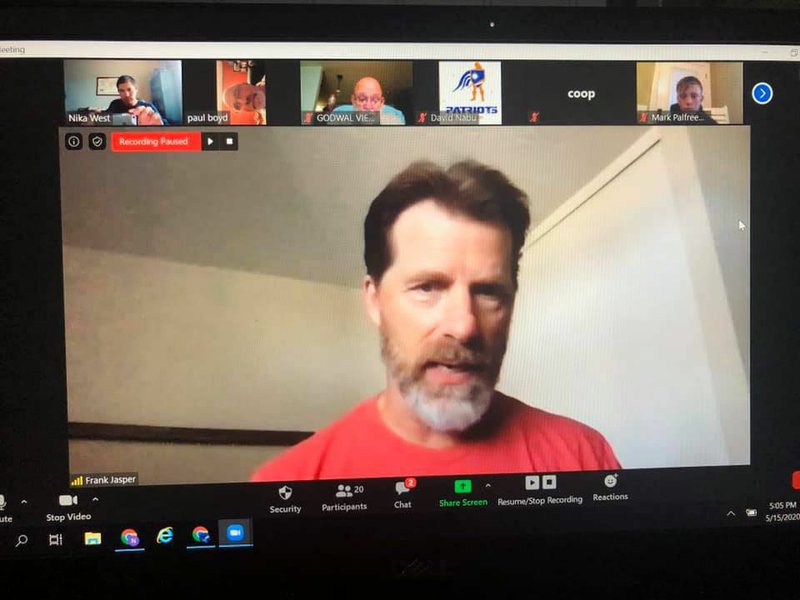 Frank Jasper, who played Brian Shute in the wrestling themed movie Vision Quest, was the final of 10 guests Springdale Har-Ber wrestling coach Nika West lined up for his athletes over the last couple of months as they have been forced to communiate through Zoom meetings because of the covid-19 pandemic.

Nika West was looking for a way to stay connected with his Springdale Har-Ber wrestlers beyond online team meetings and workouts during their time apart because of the covid-19 pandemic.

The Wildcats' coach reached out to a variety of wrestlers, coaches, officials and even a movie star to be a part of their meetings. Some just talked wrestling or delivered their individual stories.

Putting some Zoom in online meetings

• Springdale Har-Ber wrestling Coach Nika West brought in several special guests to his team’s Zoom meetings after school was shut down because of the covid-19 pandemic. Here is a list of the guests:

Frank Jasper, who starred in the wrestling-themed movie Vision Quest that premiered 35 years ago, was West's final guest of the school year, which would have wrapped up this week under normal circumstances.

The former high school wrestler, who has degrees in sports medicine and oriental medicine, talked specifically about nutrition along with some insights into the making of the movie.

West got the idea to spice up the online meetings after reading a post on social media from a colleague. He used his wrestling connections to contact some, but in a couple of instances he just reached out on social media, and people were happy to visit with his wrestlers.

The feedback from his wrestlers also has been positive, West said.

"I figured sitting on a screen, looking at me a couple of times a week, could get kinda boring," West said. "I felt like the different perspectives they got were important. I think we were able to keep them engaged and active. Hopefully, it will better prepare them going forward.

"We videoed all the sessions, and we've had kids ask if I could share the videos, especially the workouts. But we had kids who weren't able to participate on a certain day or had some internet connection issues."

West and his team viewed Vision Quest the night before this year's state tournament. It's also not the first time he's shown the inspirational film to previous teams.

Jasper played wrestler Brian Shute in the movie and was forced to drop weight quickly while filming. That was in direct opposition to his message of how to cut weight the healthy way, along with the importance of hydration and sleep.

"Nobody really talked about nutrition when I was in high school," Jasper said. "It was just cut the weight. I hope I'm able to leave an indelible mark that there's a healthy way to drop weight."

Lyon College wrestling coach Tom Erikson and Erica Wiebe, the 2016 Olympic champion from Canada, have their own unique stories. Both have enjoyed a great deal of success in amateur wrestling.

Erikson was a two-time junior college national champion, a two-time All American at Oklahoma State and an alternate in three Olympics. Wiebe is the reigning Olympic champion and was set for a chance to go back-to-back before the 2020 Games were postponed because of the pandemic.

But both shared a message of perseverance to the Har-Ber wrestlers. Neither Erikson nor Wiebe won a state title in high school. Erikson took it a step further.

"I never even qualified for a state tournament," Erikson said. "That's why I share my story even in the [practice] room at Lyon and to these wrestlers. You're not totally defined by wins and losses.

"I've done some great things in amateur wrestling, but I was never good enough to wrestle in a state tournament in high school."

A pair of Har-Ber wrestlers both enjoyed working out with top-notch wrestlers.

Sophomore Ryker Bowman finished sixth in the 150-pound weight class in Arkansas' inaugural girls state tournament and is looking to move up next season. She singled out Adeline Gray, a U.S. Olympian and female wrestler, as a favorite.

"Getting yourself better at what you do is more fun than just going on as a team talking about how your week's been," Bowman said.

Hunter Reynolds, a sophomore who was one victory from a medal at the 2020 state tournament, said gaining knowledge from others who have had success in amateur wrestling has been fun.

"What I learned from this is hearing from people who are at that next level," Reynolds said. "I like to hear what these high-level guys like to focus on."

He also agreed with West about hearing from outside sources other than their coaches can be a good thing.

Jasper enjoys the chance to visit with young wrestlers and has been doing it a couple of times a week over the last couple of months.

"I love it that the coaches are trying to keep the kids active and engaged," Jasper said. "It's the perfect time to talk about these things. The kids need this information and know-how to diet properly and still compete at optimum levels. I want to walk away from this sport not knowing it as a cutting sport but as a wrestling sport." 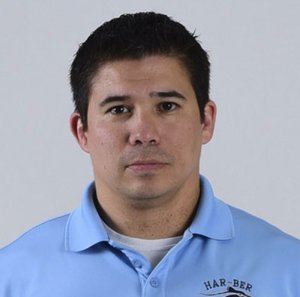 Photo by Spencer Tirey
Nika West is shown in this photo.