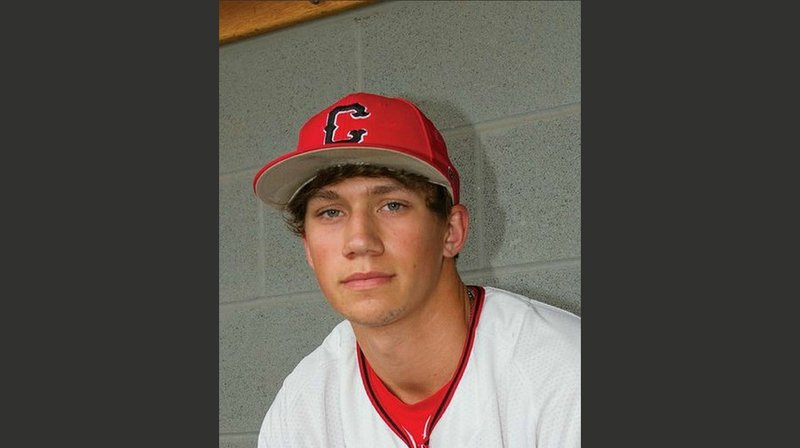 Cabot baseball Coach Ronnie Goodwin is all in on the unpredictability of high school baseball, but when it comes to right fielder Houston King, all bets are off.

“Some kids are just different, and he’s one of them,” Goodwin said of his senior standout. “I found that out when he was a ninth-grader. He’s never afraid, and he’s not going to back down from anything, especially a challenge.

“He’s just a special kid that’s got all the tools.”

King went to work throughout his four-year stay with the Panthers, and he’s expected to do the same when he laces up his cleats for the University of Kentucky.

There won’t be any guarantees on the field for the two-time all-stater once he gets to Lexington, and he knows it. In fact, he received a crash course in unpredictability this season.

Cabot last won a state baseball championship in 2017, but the Panthers had what they believed was a title-caliber team in 2020.

“We had 15 seniors, and 12 are going to play college baseball,” Goodwin said. “Now I can’t sit here and say that we were going to win [state], but with what he had, we liked our group. But again, it’s baseball.

“We still play the one-game elimination state tournament where anything can happen. We felt like we played better than our opponent last year in the semifinals, and we lost by a run. Obviously, there are special things to being a championship team.”

The Panthers had those title dreams doused a year ago by Springdale Har-Ber in the playoffs. To make matters worse, Cabot had beaten eventual champion North Little Rock twice during the regular season. But behind a King-led senior class and an overall roster that featured 11 players who hit .333 or better in 2019, optimism was high.

“On top of all the talent, we had team chemistry,” said King, who batted .451 with 28 RBI as a junior. “That selflessness, where everybody wanted everybody to do good things from top to bottom, that’s what stood out about us. I love every one of those guys like brothers, from the starters to the bench.

“It’s not easy to beat a team with that kind of chemistry.”

King was at the forefront of that togetherness.

The 5-11, 180-pounder had been a starter since he was a freshman. It was then that Goodwin noticed there was something different about King and his classmate Clayton Gray, who’s signed to play next year for the University of Arkansas.

“They both were super athletic,” Goodwin said. “We knew they’d go through growing pains as ninth-graders, but there weren’t many. Both were hitting in the top five. I remember that freshman year where one of the seniors, who was an outstanding player, tested Houston and kept chirping at him.

“[King] didn’t back down. Right then, I knew there was something different about him. Most ninth-graders would be intimidated, but not him. He challenged him right back.”

The Panthers were preparing to take on Greenbrier in the second round of the Southwest Sporting Goods Classic in Conway on March 12 when they were notified that the event had been canceled.

“There’s no way to prepare for that because no one’s ever lived it,” Goodwin said of the coronavirus. “We leave the tournament at UCA thinking we’re going back the next night, and then we don’t. It was tough because these guys weren’t thinking that they’d taken their last at-bat or thrown their last pitch the day before.”

King held out hope that things would start again.

“Initially, we thought maybe it’d be a few nonconference games taken away and then just try to play conference games,” he said. “I was very hopeful for that and never stopped believing until the last minute. But when we got that news, it was just heartbreaking.

“It hurt, especially because we knew how hard we’d worked. We knew our whole team was prepared, and we even got a chance to see that in four games. We saw how good we really were only for all of that to be taken away so fast.”

King has accepted that the Panthers won’t get a chance at winning a championship. He’s began getting set for summer ball as well as his journey to Kentucky, where he admitted he’ll have to get acclimated to the velocity and spin of SEC pitching. But he acknowledged he’ll miss his time at Cabot.

“None of us took anything for granted,” he said. “We always made the most out of whatever situation. Last year, we literally started a tic-tac-toe game with the other team during a rain delay just because.

“We loved to have fun, and this team just made it easy to be loose.”

Goodwin said he thinks that enjoyment will benefit King at Kentucky.

“I’ll never bet against Houston on anything,” he said. “I know how competitive he is, how much he cares and how much he enjoys the game. There are a lot of guys that make themselves do the things that some guys don’t want to do, like the weightlifting or the conditioning.

“Well, if Houston is forcing himself to do that, he sure is having a lot of fun while faking it. He knows how to embrace the grind, and that’s what makes him special.”

NOTEWORTHY Committed to Kentucky after receiving interest from Alabama, Arkansas, Mississippi, Mississippi State and others. … Was batting .385 as a senior before the season was canceled. … Had 36 hits and 17 RBI as a freshman. … Hit .436 with 24 RBI and a team-high 11 doubles during his sophomore season.

The 23rd in a series recognizing some of the state’s best spring high school athletes who had their seasons canceled by the coronavirus pandemic.