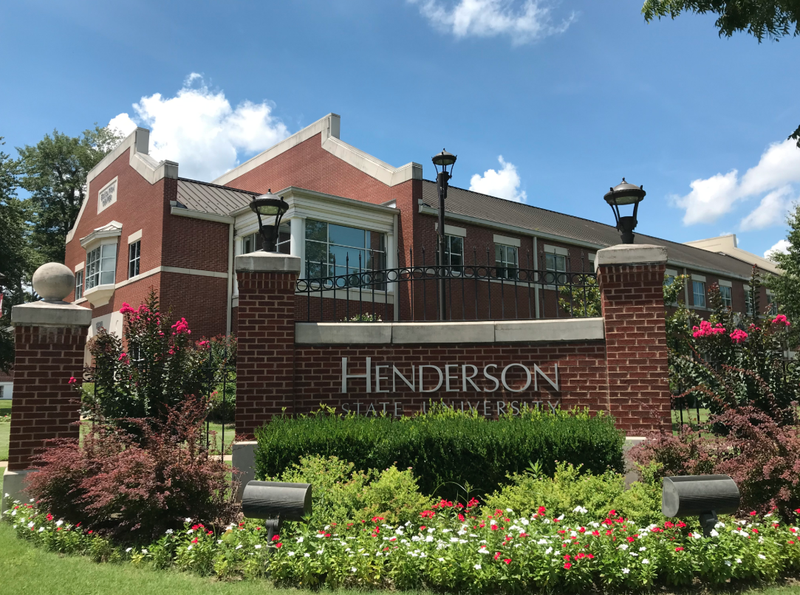 Henderson State University administrators started holding invoices because of cash-flow problems in the summer of 2017 and still owe as much as a half-million dollars in past-due bills, university business office leaders told Arkansas lawmakers during sworn testimony Friday.

That's 2½ years before state auditors published findings of financial misstatements and past-due bills and the university's cash on hand dropped to only enough to cover a week of operations.

The Henderson State employees delivered their testimony Friday during their second day of unpaid furlough, caused in part by the university's lack of reserves to cover losses associated with the coronavirus pandemic.

The hearing -- the first of several planned for the Arkansas Legislative Council's Joint Performance Review -- lasted more than seven hours. Lawmakers questioned nine people over actions that endangered the financial well-being of the 130-year-old university.

Many lawmakers left Friday still scratching their heads, although some expressed their belief that more people could have taken steps to stop or slow the downward spiral and chose not to.

Toward the end of the day, Sen. Jason Rapert, R-Conway, asked Elaine Kneebone, Henderson State's acting president, why she believed former President Glen Jones Jr. and Brett Powell, the former vice president of finance and administration, "steered Henderson right off the cliff." He asked how Kneebone, the former general counsel, could have been shielded from the university's financial difficulties.

"The best I can understand is it was layers and layers of bad decisions, and then perhaps making decisions to make things look better than they were, perhaps to try to give them time to fix it," said Kneebone, adding that was her "most generous" answer. "A lot of the decisions that led us here, they don't make any sense. There's no rhyme or reason to them."

Lawmakers and six employees of Henderson State's business office discussed unwritten policies on student accounts receivable, unpaid invoices and whether any of those employees knew that incorrect amounts were being reported in financial statements.

Employees described an office where they did what they were told and didn't go above Powell or to the board of trustees if they had concerns, citing fear. They did what they could to collect money from students who owed it, although that often didn't work. They cut checks to vendors and mailed them when they had money while the financial stability to pay them all on time never materialized.

The university ended up depleting reserves, owing hundreds of thousands of dollars to vendors, and out about $10 million in charges to current and former students who never had paid.

This spring, the university was unable to submit its annually required certification of solvency to the Arkansas Legislature, a rare occurrence that state higher-education officials said hasn't happened at any other time during Gov. Asa Hutchinson's administration.

But no one said, after being prompted by lawmakers, that they knew the financial statements made by the university to the state were incorrect before the recently published audits.

Higher-education leaders had no way of knowing the statements were false without access to bank statements and other documents that the Division of Higher Education doesn't have the authority to request from schools, division Director Maria Markham told lawmakers. Henderson State had reported its finances identically in other places, and the reports had no discrepancies, she said.

The university's skyrocketing student accounts receivable increased the visibility of the university's financial problems. That was the result of policy changes that made Henderson unusual compared with Arkansas' other public universities.

Scott Freeman, the 21-year director of student accounts at Henderson State, said the university's policy had been to stop permitting students to register for courses if they had an outstanding balance of more than $750. Freeman said that was a board-approved policy.

But in 2017, Powell changed the limit to $4,800, Freeman said. After that, Powell would make lists for the business office of students with outstanding balances higher than that who should still be permitted to register for courses. Freeman and others would talk to those students and try to set up a payment plan.

Lecia Franklin, 20-year controller for Henderson State, told lawmakers that the insistence on registering as many students as possible could keep the university's appropriation from the state -- based on enrollment until the 2018-19 academic year -- higher.

Appropriations are now performance-based, but increases or decreases are calculated against what institutions received before the formula change, and they are capped to avoid too much disruption to a school's budget.

In fiscal 2019, the university came up about $4 million short in student accounts receivable, nearly doubling the existing student debt owed to the institution. Far less was reported to the state because not much was written off as noncollectable, Henderson finance officials testified Friday.

The biggest decision-makers during the few years that prompted the crisis, Jones and Powell, were absent Friday. Both appeared before the Legislative Joint Auditing Committee in February to explain how two years of recently released state audits found that certain items, such as student accounts receivable, were incorrectly stated in ways that made the university's finances look stronger than they were.

Ultimately, lawmakers didn't learn the reason why after hours of questioning and referred the audits to Joint Performance Review, the committee that investigates state government operations.

Jones resigned as president in July, and Powell resigned last May to take a job at Baylor University.

A year ago, Powell presented Henderson State University trustees with a budget for fiscal 2020 that showed positive margins and planned for faculty raises. Not long after trustees approved the budget, leaders learned the university would come up millions of dollars short for fiscal 2019.

It's been a long year for Henderson State since then. Employees took a 3% pay cut and a 4% cut to what the university contributed to their retirement plans. About 200 of them started furloughs Thursday that may continue until July 1 or later. The university took a $6 million advance in state funding that turned into a loan with delayed repayment until 2028. Two chemistry professors were arrested for cooking methamphetamine in a university laboratory.

Friday's hearing largely concerned whether Henderson State leaders had willfully deceived the state on its dire financial situation before this year. None of the witnesses said they believed it had been intentional.

Toward the end of the hearing, Rep. John. Payton, R-Wilburn, asked Kneebone another question: "I think we agree, you and I, that there were decisions to cover it up. Can you tell me after 10 months [as acting president]... are the bad actors gone? All of them? Or do you have concerns about anyone that's still there?"

"No, sir," Kneebone said. "None of those people are still at the institution."