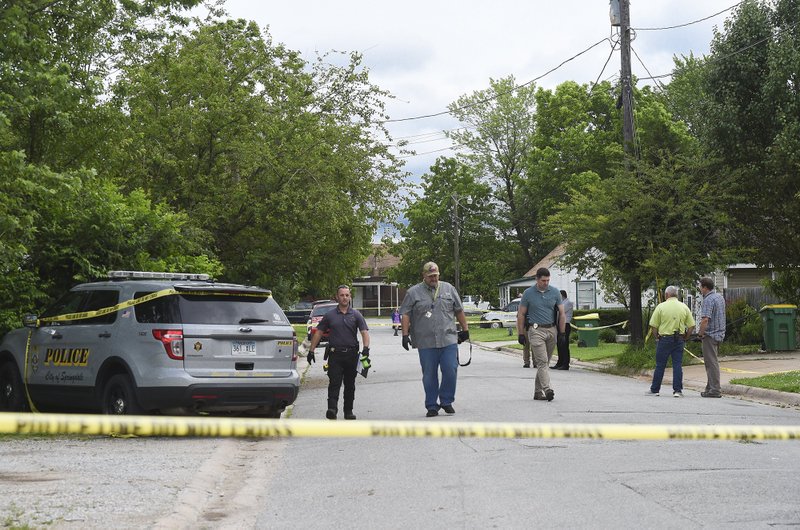 Sena Doctor, 30, was transported to a Northwest Arkansas hospital after the shooting, according to Lt. Jeff Taylor, a spokesman for the Springdale Police Department.

Police received a call shortly before 5 p.m. Thursday concerning a woman armed with a gun, Taylor said. Police said that Doctor was threatening neighbors with a shotgun.

Taylor said the first officer on the scene shot Doctor.

Paramedics transported Doctor to a local hospital, and Taylor did not know her condition.

The Washington County sheriff's office is investigating the shooting, Taylor said. Springdale police will also conduct an internal investigation to ensure that the department's protocols were followed.

The police officer's name was not released, and Taylor said the officer is on paid administrative leave.