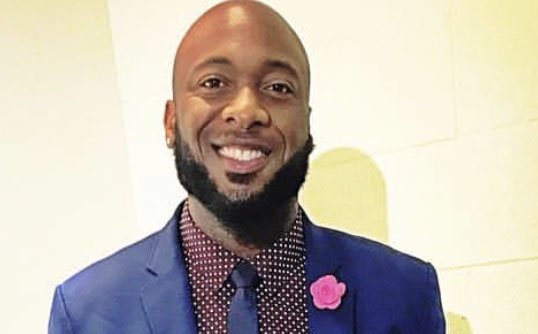 Devin Marcel is the owner-operator of the West Little Rock outlet of the Original Hot Dog Factory. (Special to the Democrat-Gazette)

Bars were allowed to reopen Tuesday with social distancing restrictions similar to those placed on restaurants: seating limited to 33% of total capacity, all staff who come in contact with patrons must wear masks and gloves; patrons are supposed to wear face coverings — the latter until food and drinks are served. Establishments may deny service to patrons not wearing face coverings or masks.

Bar-specific restrictions in the state Health Department directive include 6 feet of physical distancing between individuals at the bar; reservations encouraged "when practical" (when was the last time you made a reservation at a bar?); no shared containers, i.e., pitchers of beer or mixed drinks; no self-service bar snacks (pretzels, peanuts, etc.), buffets or condiment bars; entertainment (such as live music or dancers, in-seat gaming or arcades) must be separated from the audience by at least 12 feet; no patron dancing.

Sunday is the target for the opening of Grill Pollo Famous Latin & American Style Chicken, 14810 Cantrell Road at Taylor Loop, Little Rock, in the space most recently and very briefly occupied by Zen Thai & Fusion, an offshoot of southwest Little Rock's Zangna Thai Cuisine, which opened at the end of January. By the end of July, not only had it closed — its entire contents, including, apparently, the light bulbs, had vanished as though they had never been. Previous occupants are Blue Coast Burrito and Pasta J's West. Owner Jesse Yao says the menu will focus on a Latin-spiced grilled chicken. A phone number is pending and the website, grillpollo.com, is still in progress. Meanwhile, a little research turned up business.google.com/website/grill-pollo, which provides a menu of two- and three-piece chicken meals, family dinners, soups, salads, wraps and sandwiches, and these hours: 11 a.m-8 p.m. Monday-Saturday, 11 a.m.-3 p.m. Sunday. We're still waiting on a telephone number.

And speaking of chicken, TLC — Tender Lovin Chicken, aka TLC Hibachi Express, has opened at 250 E. Military Road, North Little Rock, in what started out as the Starlite Diner and has been who knows how many places since (most recently Mama D's Diner). The menu focuses on fried rice; hibachi chicken, steak, shrimp and vegetables; fried chicken and shrimp sushi rolls; and Asian fried dumplings, egg rolls, cheese wonton and "Japanese style sweet and sour chicken." Hours are 11 a.m.-2 p.m. and 4- 8:30 p.m. Monday-Saturday. The phone number is (501) 350-4491; the Facebook page, facebook.com/Tenderlovinchickens.

Andy's Frozen Custard, 6725 John F. Kennedy Blvd., North Little Rock, was set to open Wednesday after a Monday-night friends-and-family soft opening. It's next to Indian Hills Shopping Center, And yes, it's the former Dunkin/Baskin Robbins hybrid location (and previously Dogtown Coffee & Cookery) that never quite became Captain Hooks Seafood in 2017. It's the first Central Arkansas outlet of a Springfield, Mo., chain. We were unable to track down a working phone number or the hours of operation by deadline. Andy's operates Arkansas locations in Conway, Jonesboro, Fayetteville, Rogers and Fort Smith and also has outlets in Missouri, Colorado, Illinois, Kansas, North Carolina, Oklahoma, Tennessee and Texas.

We reported last week that Katherine Eldridge of Doe's Eat Place, 1023 W. Markham St., Little Rock, was not planning to reopen the dining room at that time. Evidently she changed her mind, as per this posting on the restaurant's Facebook page (facebook.com/DoesEatPlace): "OK guys, we have painted, made repairs, new roof, power washed, landscaped and today we will be putting everything back in place so we can open on May 26." There are restrictions: "We will be following all guidelines the governor has given us. That means you MUST have a mask on to get in. It can be taken off when your drink is delivered." The phone number is (501) 376-1195; the website: doeseatplacelr.com. 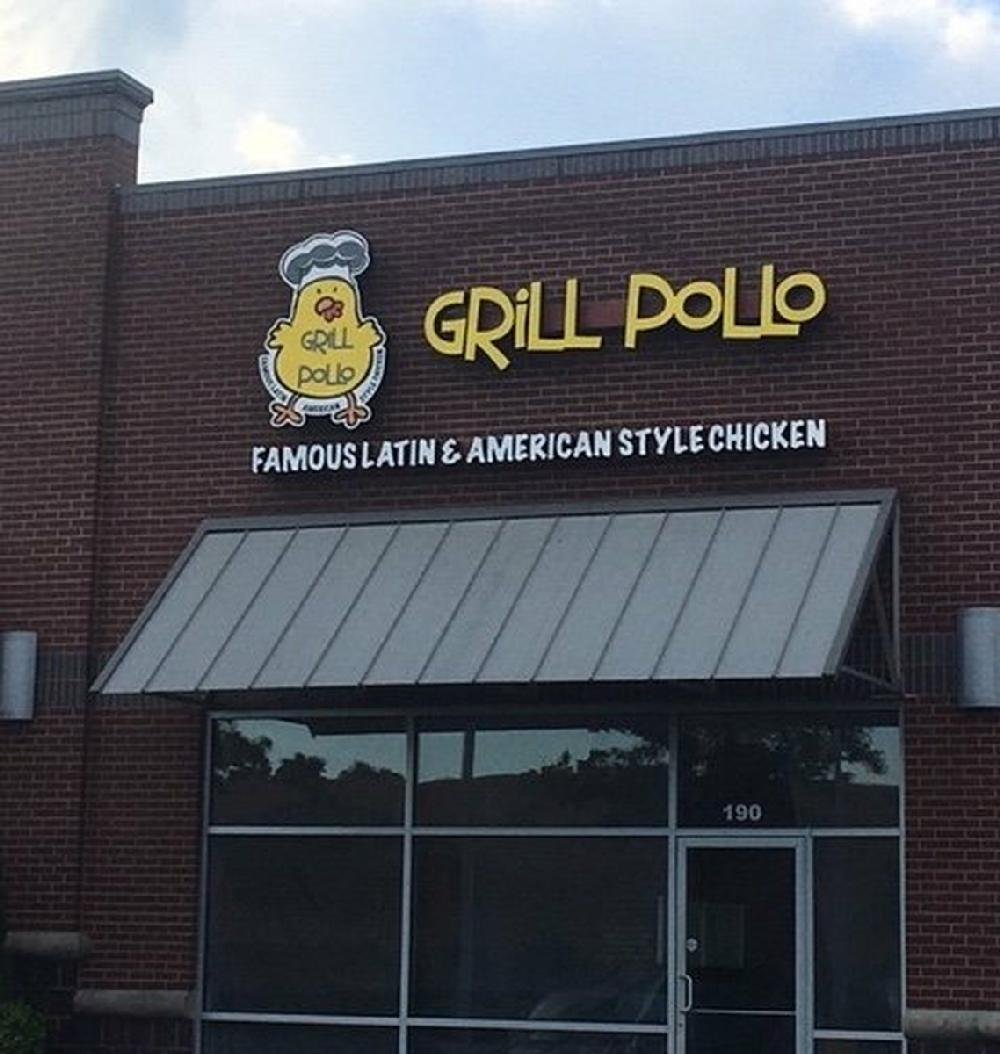 Owner-operator Devin Marcel says mid- to late July is the opening target for Central Arkansas' first outlet of Atlanta-based Original Hot Dog Factory chain, 400 N. Bowman Road, Little Rock. The space originally housed the west Little Rock branch of The Faded Rose, and several restaurants since, most recently Chano's Mexican Grill. "We will open with a full-service bar, dine-in available and takeout options as well," Marcel says, adding, "We are well prepared for whatever this pandemic throws our way." Hours will be 11 a.m.-9 p.m. Monday-Friday, 11 a.m.-10 p.m. Saturday, and as-yet unspecified hours for Sunday brunch. We don't yet have a phone number; check out the menu at theoriginalhotdogfactory.com.

And speaking of The Faded Rose, the restaurant, 1619 Rebsamen Park Road, Little Rock, has shut down for what is expected to be a three-week remodeling, according to the Facebook page (facebook.com/fadedroserestaurant), "to replace the kitchen floor and install a new walk-in cooler." Expected reopen date is June 15 ("but hopefully sooner"); they'll determine at that point whether it will be for takeout/curbside only or to resume dine-in service. The phone number is (501) 663-9734; the website, thefadedrose.com.

Auburn, Ala.,-based fast-casual chain Chicken Salad Chick will open its first Central Arkansas outlet June 9 at 20370 Interstate 30 North, Benton, with various grand-opening-week giveaways. It'll be the third location in the state and first in the Little Rock area, with an additional location slated to open in Conway later this year. Franchisees are Emily Gray and Hudson Sandefur of Little Rocking Chick, LLC. Sandefur owns three locations across Mississippi and Tennessee; Gray served as a corporate trainer in Auburn. Hours will be 10 a.m.-8 p.m. Monday-Saturday. We're still working on a phone number; visit chickensaladchick.com, where you can check out the menu that includes a dozen different varieties of chicken salad, or facebook.com/ChickenSaladChickBenton.

And work has begun on the new/rehomed Black Angus Restaurant, going into the former Chi's Too, 5110 W. Markham St., Little Rock. No word yet on a firm reopening timeline.

Thirst N Howl, 14710 Cantrell Road, Little Rock, has shut its doors for good and conducted a contents sale on Sunday. The phone number, (501) 379-8189, had not yet been disconnected by deadline but sent us to a full voice-mailbox.

Has the IHOP at 11501 Maumelle Blvd, North Little Rock, closed permanently? The place is shuttered and the signs have been removed or covered (there's a drape over the sign at streetside); the listed phone number, (501) 753-4457, had not yet been disconnected by deadline but nobody answered during business hours.

A.W. Lin's in the Promenade at Chenal, 17717 Chenal Parkway, Little Rock, posted May 18 on Facebook (facebook.com/AwLins), "To better serve you, we are remodeling the restaurant at west Little Rock. We will reopen after it is done." No word yet on the status of the new Main Street outlet.

Lindsey Gray, "boss lady" at Eggshells Kitchen Co., 5501 Kavanaugh Blvd., Little Rock, recently posted on her Facebook page, "When I bought Eggshells in 2013, I was following my dream to own a retail store that is rooted in community and encourages gathering around the table with good food and good drinks. In the last few years, my husband's business has grown exponentially along with my desire to be home with our 3 boys and support his business. After living my dream job for the last 7 years, we have decided to sell Eggshells. It's bittersweet because I have loved every moment of the Eggshells journey, but I feel sure that this is the time for me to start the next chapter. If you or someone you know is interested in my neighborhood kitchen boutique, please reach out to me." The phone number is (501) 664-6900.

And food and travel writer Kat Robinson "and several of the great cooks I know around Arkansas" will appear on a new special for Arkansas PBS, Home Cookin' with Kat and Friends, debuting June 4.