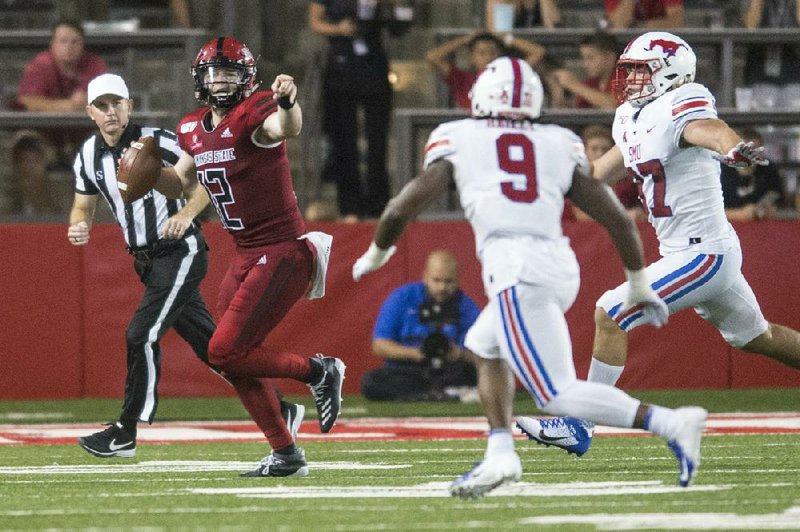 Beginning Monday, college athletes around the country are allowed to start voluntary workouts and activities on their respective campuses, but they won't be quite like what they're used to.

For more than two months, there has been a ban on campus athletic activities by the NCAA in response to the coronavirus pandemic -- a ban that officially expires after Sunday. The NCAA Division I Council voted last week to lift the ban for all sports, effective June 1, after previously lifting it for only football and men's and women's basketball.

"In my opinion, I think our student-athletes are more safe on college campuses," ASU Athletic Director Terry Mohajir told the Arkansas Democrat-Gazette this week. "We have a better way to help educate and monitor during this process and during this time."

ASU is set to have its football players back on campus Monday, Mohajir has announced, although he said high school seniors in the incoming recruiting class "probably" won't arrive until July 1.

Other ASU athletic teams, Mohajir said, will be gradually phased in. He said the men's and women's basketball teams are expected to begin June 14 or 15, and women's soccer and volleyball on July 1.

Until then, the football team will be like a guinea pig for various protocols and safety measures being enacted.

Mohajir said ASU plans to test all of its players once they return to campus to establish a "baseline." As of now, there aren't any plans for daily or weekly tests, but any player showing symptoms will be tested, Mohajir said. Any athlete returning from what's been deemed a "hot spot" area will have to quarantine for 14 days, Mohajir said, which is also a state guideline.

Working out in the facility will be much different. Mohajir said ASU has formulated a "very extensive plan" for players entering and training in the facility. Everything from avoiding touching doors to a limited amount of people inside its 10,000-square-foot weight room is being addressed.

Mohajir said ASU will rotate in nine-person groups, which will be organized by players' positions, throughout the day to work out. After each one-hour session, the gym and equipment will be sanitized. One player per weight rack will be allowed, and as of now, spotting isn't allowed, Mohajir said. Equipment also will be socially distanced.

Mohajir said there will be hand sanitizer stations in the building, and every night the rooms in the facility will be fogged to help disinfect. Upon entry to the building, Mohajir said, players will have to wear masks, have their temperatures checked and sign in, although masks won't be required while they work out. Locker room use also will be limited.

If an athlete is diagnosed with covid-19, that player will be quarantined at a place on campus, and contact-tracing will be done, Mohajir said. He added this scenario won't necessarily constitute a shutdown of the facility.

"I think it'll be more smooth than if they were all scattered all over the country," Mohajir said of players' return to campus. "You don't know what's going on, you can't dictate where they go -- I'm not saying we're going to dictate where they go, but at least we know we can constantly educate and make sure they're safe, they're going to stay in really clean residence halls on campus. We got a campus community that cares about them. We have nice facilities, nice place to live, they have access to Wi-Fi, they have access to food on campus. I believe we're providing a really good, safe environment."

As for the other non-Power 5 Division I schools in Arkansas, the timeline for bringing athletes back varies.

The University of Arkansas at Little Rock -- one of two nonfootball-playing members of the Sun Belt Conference -- doesn't have to worry about trying to bring any football players back.

UALR Athletic Director George Lee told the Democrat-Gazette this week the plan is to resume voluntary on-campus workouts on June 8, although that will be for the limited number of athletes who already live in the area or have stayed on campus, some of whom are international students who couldn't return home. Lee estimated 15-20 athletes will begin workouts in June. All workouts initially will be in the Jack Stephens Center, but the hope is for them to move to other campus facilities by June 15, Lee said.

Lee said a big reason for UALR allowing athletes to work out starting June 8 as opposed to Monday has to do with acquiring the necessary amount of personal protective equipment in time.

Like Mohajir, Lee also is planning for smaller workout groups -- maybe as small as four -- and cleaning after every session. As far as testing, Lee said UALR is in the process of coming up with a plan.

"At least initially, when our students come back, we'll be going by all the department of health guidelines, asking the questions that they're required to ... but not necessarily testing," Lee said. "Now you can ask me the same question next week and the answer may change. At least initially that's what our plan is."

Lee said the plan is to have the men's and women's basketball teams return in July as they normally would. The women's soccer, volleyball and cross country teams would return Aug. 1.

UAPB Athletic Director Chris Peterson told the Democrat-Gazette that the Golden Lions have about 7-10 athletes already in the area who will be allowed to have access to the weight room for voluntary workouts beginning Monday.

But when to bring back the entire football team and other fall sports teams is undecided. Peterson indicated he's waiting for a clearer picture on the fate of the football season before making any decisions.

"Everybody wants to play football," Peterson said. "If we are fortunate enough to open at the start of the season, we'll probably be back on campus the end of July or early August."

UCA Athletic Director Brad Teague told the Democrat-Gazette it won't be until July before they bring athletes back to Conway for voluntary workouts. However, some football players already in the area could be allowed to do voluntary workouts as early as mid-June.

Teague said the hope is to have the entire football and men's and women's basketball teams back in early July, followed by a phasing in of the other fall sports teams.

"We're just not ready, with health and safety, to bring in a bunch of student-athletes [June 1]," said Teague, who noted the school is still waiting for the necessary PPE supplies. "We're talking about July 6 for football [and basketball] access.

"Now we are considering a June 15 [date] for any football players who live in Conway already or are here anyway, allowing them to do some voluntary workouts in the weight room, kind of being like a test case just to make sure that we can keep it sanitized, keep it distanced, make sure that we're putting in the protocols that make sense.

"I want to learn from what others are seeing and doing and then also make sure that we're ready for the well-being of our students." 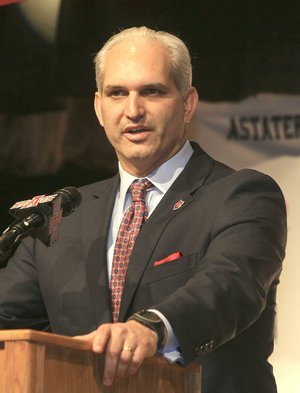 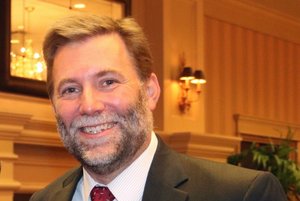 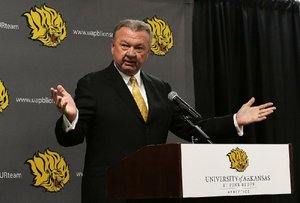 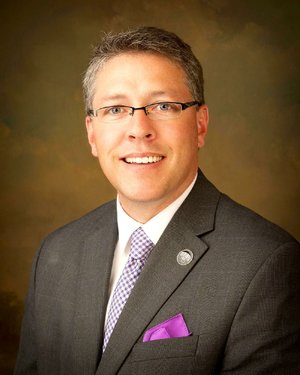 UCA Athletic Director Brad Teague is shown in this photo.