Film relies too much on music industry’s past to be relevant today by DAN LYBARGER Special to the Democrat-Gazette | May 29, 2020 at 1:47 a.m. 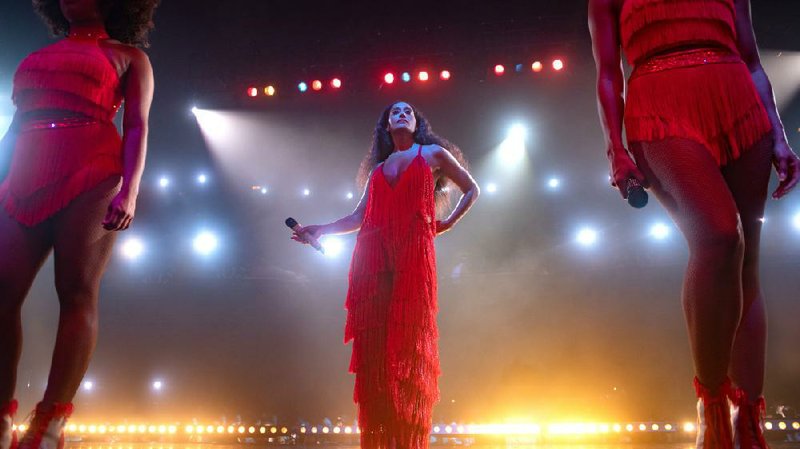 My editor and friend Philip Martin once told me he found watching sports challenging because it's hard to fake athleticism.

One of the reasons it's easy to get into Bradley Cooper's A Star Is Born is that he leaves the lion's share of the soundtrack to Lady Gaga, a genuine musical force who just happens to be able to act. In The High Note, we don't get to hear much of Tracee Ellis Ross' (black-ish) vocal stylings, but we get a sense that her character Grace Davis has become a major diva because her tunes have taken a backseat to stardom. In freshman screenwriter Flora Greeson's dialogue, we hear a lot of discussion about how influential and popular Grace is, but only a few snippets make the soundtrack.

Rating: PG-13, for some strong language, and suggestive references

Then again, we might not hear much of Grace's oeuvre because she hasn't recorded an album of new material in a decade. Even as an oldie's artist, she could hold a Las Vegas residency and easily maintain her expensive lifestyle. As far as her manager (Ice Cube) and her assistant Gail (June Diane Raphael) are concerned, that's a great idea.

Her "go-for" Maggie (Dakota Johnson), however, thinks Grace is selling herself and her fans short. When she's not fetching dry cleaning or coffee for the star, she's a walking encyclopedia of pop music history. Her father (Bill Pullman) is an influential, if not terribly famous DJ, and Maggie has clearly developed refined sensibilities of her own. She's secretly remixing a live album of Grace's to better effect, and she wants to run the boards for an unsigned singer named David Cliff (Kelvin Harrison, Jr.). David lives in a house unattainably expensive for the average Angelino, but he's just raw and shy enough to need her advice.

It's obvious Maggie's skills are wasted on grabbing lattés, but getting Grace and the other gatekeepers to let her supervise the insecure star's recordings is another matter. (Apparently, unlike Maggie, these folks don't know that Brian Wilson was producing hits for his fellow Beach Boys when he was younger than she is now.)

To her credit, Greeson does know her industry history and can drop names without causing the actors to trip over their tongues. It also helps that soundtrack producer Rodney Jenkins has assembled some solid tunes, and Ross, who just happens to be the daughter of Diana Ross, and Harrison deliver with aplomb. Harrison is the son of a New Orleans musician, and an album from the It Comes at Night star might be worth a listen. The younger Ross has made her living as an actor, but she gets the diva attitude down cold without making it a caricature. Grace wants to be relevant for her tunes instead of as an excuse to lure gamblers, and she can reward genuine loyalty instead of simply accepting flattery.

While the film sounds great (I'm grateful I saw the film on a TV with a good sound system), the stakes seem curiously low. While Maggie's turns behind the board start to get in the way of her day job, the consequences of her potential failure don't seem that urgent. She could make recordings with David and just leave Grace behind. While it's refreshing that Grace isn't a monster, she's easier to please than some bosses outside of Hollywood.

The wisecracks are hit-and-miss, and some of the supporting characters offer little more than missed opportunities. Zoe Chao gets little to do as Maggie's goofy, intrusive roommate. This character is as old a trope as a diva singer and deserves a lot more careful development. Also, in an age when individual songs trump albums, it seems as if tossing out a few new songs instead a full album at once might be a better way to reach the current music market. It seems The High Note is a little too steeped in the music industry's past to be adequately relevant to the present. 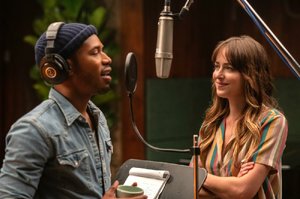