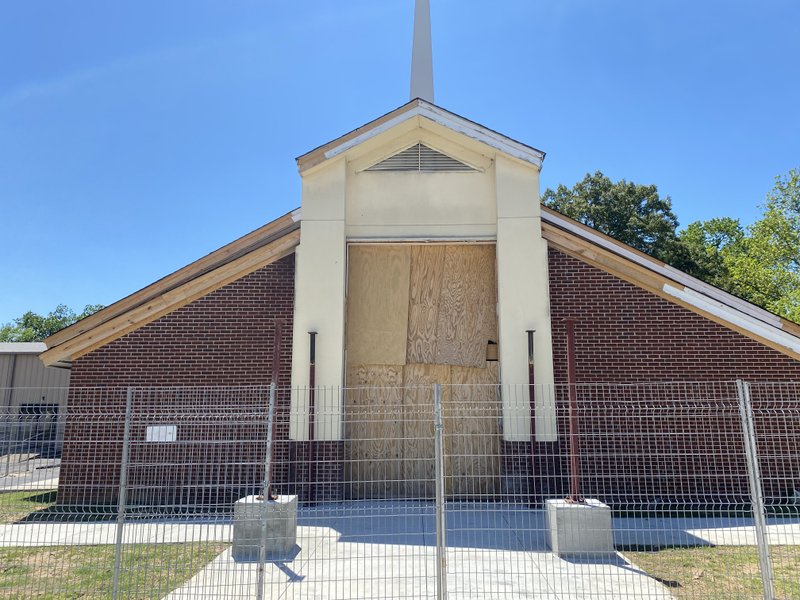 Two fires that burned in Little Rock on Saturday night, one at the Lewis Street Church of Christ and another at an Asher Avenue auto parts store, are under investigation, according to the Little Rock Fire Department.

According to Capt. Doug Coffman, a spokesman for the Fire Department, the fire marshal's office is still in the preliminary stages of the investigation. He said it is too early to say whether the fires are connected to the demonstrations in downtown Little Rock on Saturday. "We just don't know yet," Coffman said.

Hundreds of people rallied near the Arkansas Capitol in response to the killing of George Floyd, an unarmed black man who died in police custody in Minneapolis. There were no serious injuries or arrests of demonstrators, but state police responded with tear gas and the windows of several buildings near the Capitol complex were shattered.

Coffman said the fire at the church, located at 2716 Lewis St., burned through the roof in three different locations. There were also signs of fire around the door that extended up into the attic, Coffman said.

The fire at O’Reilly Auto Parts, located at 5322 Asher Ave., was very small and had essentially burned out by the time firefighters arrived, Coffman said. The front door to the auto parts store was broken and one rack inside had been set on fire, he said.

The O'Reilly store is located approximately one mile away from the Lewis Street Church of Christ.