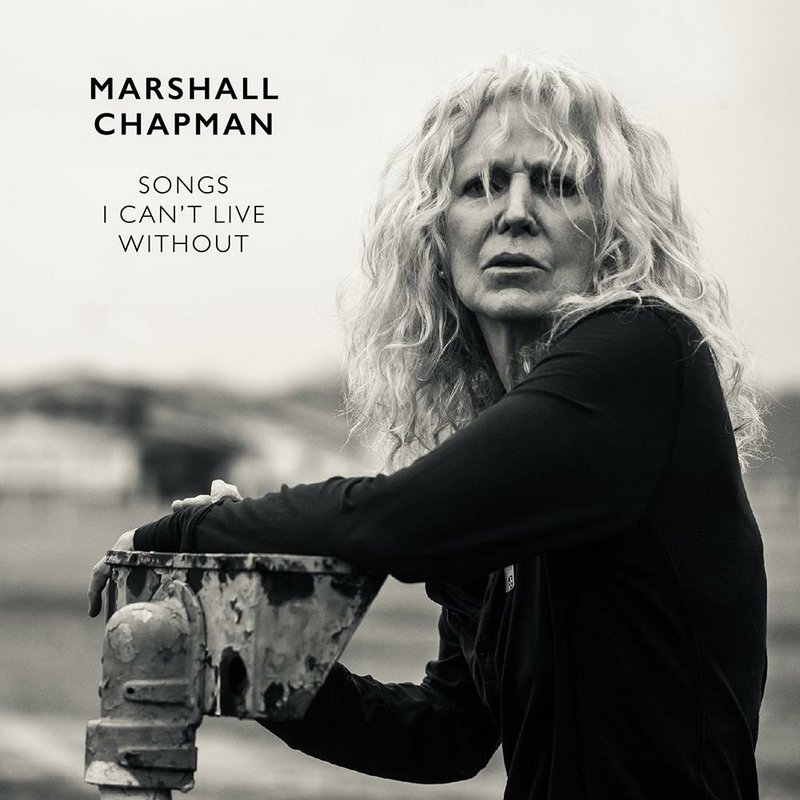 It has been seven years since Marshall Chapman's last album, and the Nashville-based singer-songwriter makes up for lost time with Songs I Can't Live Without (TallGirl, Rated A-).

The South Carolina native's long, fruitful solo career (this is her 14th album) began during Nashville's Outlaw Country movement of the 1970s. While she hasn't had the broad recognition her talent deserves, Chapman has had numerous songs covered by the likes of Emmylou Harris, Jimmy Buffett, Tanya Tucker and Joe Cocker.

Chapman's music can be loosely described in today's marketplace as Americana, but that seems a little confining, for this album particularly. With a direct and emotional voice that people who appreciate Marianne Faithful, Shelby Lynne and Tanya Tucker will appreciate, Chapman returns to recording with an album of covers she makes all her own.

Opening with Leonard Cohen's "Tower of Song," Chapman's twangy and revelatory phrasing brings out the composer's dry, wry wit as she navigates a bittersweet emotional minefield. Her exquisite, high lonesome take on Bob Seger's "Turn the Page" aches with a bluesy, weary yearning and realities of the grind of a touring performer's life.

The album's high point may well be her aching take on Jule Styne and Sammy Cahn's "I Fall in Love Too Easily," which Frank Sinatra sang in the film Anchors Aweigh. The song has a weary, jazzy touch. Chapman captures the song's truth with devastating impact in this world-weary confessional.

Spellbinding takes on Johnny Cash's yearning "I Still Miss Someone," the honky-tonk tinged version of Elvis Presley's "Don't Be Cruel" and the Shirelles' longing "Will You Still Love Me Tomorrow" also stand out.

The album closes with a gospel favorite from Chapman's childhood ⁠— "He's Got the Whole World in His Hands."

While Chapman is impressive throughout, she gets stellar support from guitarist Will Kimbrough, who enhances the musical atmosphere and its bittersweet melancholy.

Songs I Can't Live Without is something I can't live without. Chapman's interpretive gift, the superb arrangements and production make this rewarding listening.

• Al Di Meola, Across the Universe (Ear Music, B).

The fiery, virtuosic guitarist in Chick Corea's jazz fusion band Return to Forever in the mid-1970s, Di Meola has a solo career that took off at age 22 with his 1976 debut album Land of the Midnight Sun. He has since recorded many solo albums and collaborated with John McLaughlin, Paco di Lucia, Paul Simon and many others while embracing a broad array of music from around the world.

Di Meola's latest comes seven years after his previous Beatles' set, 2013's All Your Life. The songs are familiar and have been recorded time and again. But Di Meola delivers an expressive, engaging set that stays true to himself and The Beatles. Especially memorable are "Golden Slumbers (Suite)," "Dear Prudence," the Spanish-flavored "Yesterday" and the jazzy "Here, There and Everywhere."

Few things thrill art lovers more than visiting the homes and studios of artists they admire, in the landscape that inspired and appeared in their works. A new guidebook, which publishes Tuesday, will make that pilgrimage even more meaningful and open new possibilities.

• The National Trust of Historic Preservation's Guide to Historic Artists' Homes & Studios by Valerie A. Balint (Princeton Architectural Press, $29.95) covers sites that reflect the depth and the span of American art. When we can safely travel again, this book will be invaluable. As it is, the guide gives a fascinating glimpse of these artists and their creative environment ⁠— gardens, architecture, etc. ⁠— which should also inspire digital exploration as well.

Organized by sections of the country, the guide coincides with the 20th anniversary of the Trust's Historic Artists Home and Studio program and presents information on the 44 preserved homes and studios in that program.

Among them are Georgia O'Keeffe's Abiquiu, N.M., home and studio; Winslow Homer's studio on the south coast of Maine, and Vance Kirkland's workroom inside his Denver studio where he sometimes suspended himself in straps above his paintings so he could work on very large works. 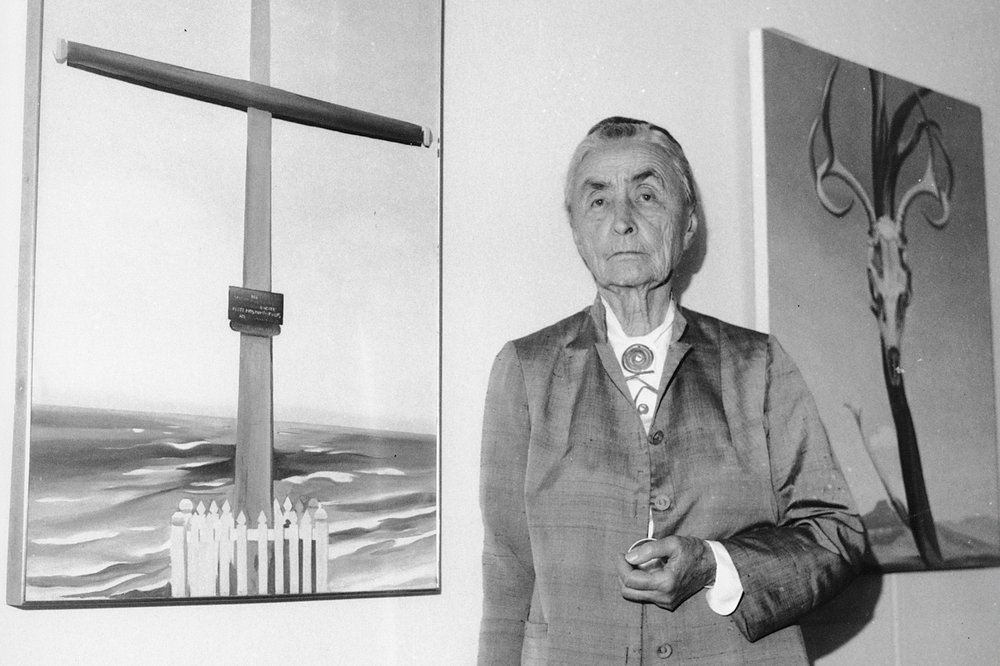 Georgia O'Keeffe was photographed in 1970 at an exhibition of her work at the Whitney Museum of American Art in New York. O'Keeffe's home and studio is one of the entries in a new book from the National Trust for Historic Preservation, Guide to Historic Artists' Homes &amp; Studios. (AP)

Gardens are often a source of inspiration and solace for all of us. But for artists, they can spur some beautiful work. Think of Claude Monet's Giverny. Its lush and exquisite beauty inspired a great many paintings by the French artist and others.

• The Artist's Garden by Jackie Bennett (White Lion, $40) focuses on the homes and gardens of artists and artists' communities such as Paul Cezanne and Monet. The author has written several books on gardens, including Shakespeare's Gardens.

• The interior garden ⁠— our mind ⁠— is the focus of Japanese artist Iwasaki Tsuneo. Paula Arai's Painting Enlightenment: Healing Visions of the Heart Sutra (Shambhala, $29.95) shows a fascinating body of traditional and contemporary art created by Tsuneo, who died in 2002. His embrace of science (he was also a biologist) and devotion that manifest in his art are clearly informed by Buddhism's Heart Sutra, inspiring an amazing and creative body of work.

Tsuneo integrated calligraphic images from the sutra in his paintings of DNA, landscapes, iconography and mythology. His art is vibrant, intriguing and, as one might expect, meditative.

Arai's well-written text brings this artist, mostly unknown outside of Japan, to Western eyes for the first time. She is a professor in the religions of India department at Louisiana State University.

If there's one shortcoming, it's the physical size of the book. A larger format would have been a real service to these inspiring works. Still, this is a beautiful work and a fine introduction to Tsuneo. It invites reflection and further exploration.