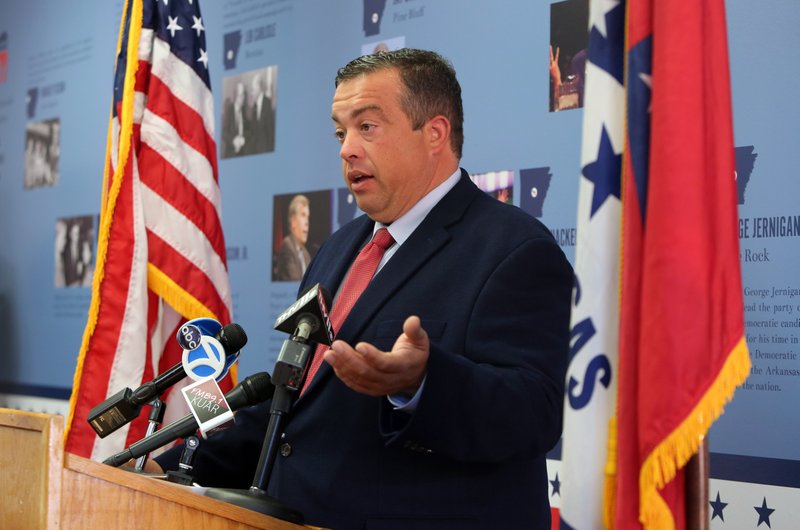 The Democratic Party of Arkansas elected delegates to the Democratic National Convention during an online special state convention Saturday.

Billed as the party's "first in the nation virtual convention," the roughly five-hour event drew participants from across the state.

"Our delegation is as diverse, if not more diverse, than it has ever been. But what I was really encouraged by was there were a lot of new faces. A lot of new people got involved in the process that haven't been involved before," he said.

Because of the coronavirus pandemic, the party canceled plans for an in-person convention. Instead, 208 county delegates were able to participate electronically, officials said.

Rather than casting paper ballots, Democrats opted instead for a roll-call vote.

Party Secretary Teresa Gallegos, who kept the tally, apologized ahead of time for any excessive background noise. Her neighbor was doing yardwork, she explained.

When necessary, she gently reminded voters to unmute their phones so their voices could be heard.

All in all, things went smoothly, Gray said afterward.

"There were some bugs and some glitches but we handled them. I feel like everybody ... felt like their voice got heard," he said.

Arkansas is entitled to send 36 delegates to the national convention, including five automatic delegates.

Biden was awarded 21 delegates as a result of the primary. Sanders received nine. One Bloomberg delegate was selected.

The party's convention is scheduled for Aug. 17-20 in Milwaukee. The original date in July was scrubbed early in the coronavirus pandemic.

The Bloomberg delegate was listed as Sylvia Brown of North Little Rock.