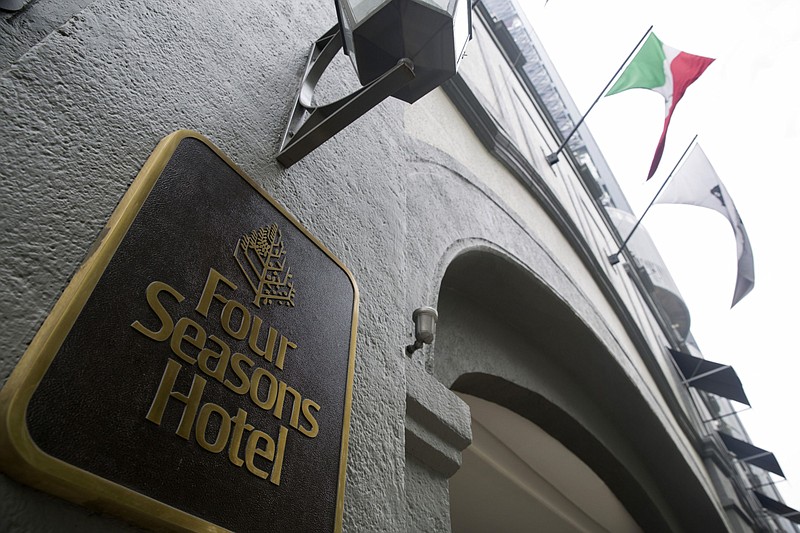 A Mexican flag flies above the entrance to the Four Seasons hotel in Mexico City on Oct. 9, 2015. MUST CREDIT: Bloomberg photo by Susana Gonzalez

Christian Clerc, president of Four Seasons Hotels and Resorts, has always been guided by a simple philosophy: "Every interaction with a guest is an opportunity."

What happens when there's no more interacting with guests?

"In times of crisis, there is always opportunity," he tells Bloomberg, speaking from his office in Washington. These days, he says, it just looks a little bit different.

Despite having a portfolio filled with socially distanced villas and bungalows, Clerc said, occupancy rates have hovered around 23% across his privately owned portfolio of 119 luxury hotels. That's comparable to the numbers Hilton shared in its second-quarter earnings report, and less than the 34% Marriott reported during the same period.

Whereas other industry leaders are predicting V-shaped or K-shaped recovery curves, Clerc views the tourism industry's rebound as jagged as the Alps in Megeve, France.

The peaks are what Clerc calls his "bright spots." Among them: regional bounce-backs in business, the catalysis of technological and public health improvements across the industry, and the opportunity to build long-lasting consumer trust.

Then there are the valleys, including second-wave closures in Europe and the ongoing struggle of operating in markets where planes cannot land.

"The reality is: one step forward, two steps back," Clerc said. "Uncertainty is everywhere. Predicting anything is a shot in the dark." And while he sees himself as being halfway through the storm, there's no calm eye at the center.

"It's not going to be smooth sailing," he said, in what may be the most honest assessment of the coming challenges from any hotel executive to date.

A consulting partnership with John's Hopkins University has armed Four Seasons with enhanced public health procedures that were rolled out globally over the summer. Guests staying at any of the company's 94 open-for-business hotels are likely to have noticed ensuing perks such as "Lead With Care kits" in each room that include masks, hand sanitizer, and wipes or contactless room service options wrapped up in single-use packaging.

What guests won't see is a trove of caseload data the university provided the Four Seasons team to use internally to predict how business may shift. "Things were getting better generally, over the summer," Clerc said, "but here we are in the fall, looking at a number of red flags throughout North America and Europe, where we have a large part of our portfolio."

Clerc sees threats of second and third waves as warning signs that further rounds of closures may impend. To date, all but 25 of his 119 hotels have turned the lights back on. The outliers are in urban markets and destinations that remain difficult to access, such as Anguilla.

"I wouldn't be surprised if the number of hotels closed goes up again, though," he said. "We're preparing to be agile and reactive and adjusting to the needs."

Clerc sees stability in certain regions as cause for hope. Take his seven hotels in mainland China: "That's where all of this started in January. But lately, we have been running all of our hotels there at 70% occupancy," he said.

Golden Week festivities in China early in October had most of the hotels booked "almost to capacity." Clerc considers this a sign that "positive news will follow, if we can stabilize [caseloads]."

Additional destinations with silver linings, said Clerc, include mountain resorts such as Jackson Hole, Wyo., and Vail, Colo., which are doing "extremely well," and Megeve, which is "showing strong trends" for the coming winter season. "Even Athens has a great summer, with occupancy rates in the mid-70s to -80s," Clerc said, pointing to his gleaming new Astir Palace hotel with bungalow-style rooms in a tony seaside enclave removed from the city center.

The swells of bookings -- even if they are ephemeral-indicate to Clerc that people will travel "with vengeance" as soon as they feel it's safe to do so. "The bucket list isn't going away," he explains. "People will want even more time together away from home after all this."

That spells opportunity for him as a developer, too. Right now, he said, "we are eyes wide open, looking for these opportunities in markets where we don't have properties."

Topping his wish list: projects in the Greek islands and in Rome, which guests could book in conjunction with the company's existing resorts in Athens and Florence.

Clerc said he expects "continued low occupancies through the end of the year-possibly the beginning of next year." But he's less concerned about the length of the storm than what he can control while still in it. "Brands that build trust now will do better in the long term," he explains.

The partnership with John's Hopkins is perhaps his clearest success on that front. "The need for complete assurances of hygiene, trusting your brand to deliver on that -- that is here to stay," he explains, considering it a win not just for pandemic times but for the long haul.

The same is true of flexible booking policies and any upgrades that may allow guests to more seamlessly "work from anywhere" at a Four Seasons location.

The current predicament also spurred Clerc's team to fast-track the development of a digital concierge feature that replaces the typical chat bot with real-time responses from human employees; it became available in August and offers service in more than 100 languages.

If every guest interaction is an opportunity, the thinking goes, now that opportunity will forever exist on the guests' own terms -- whether that be in person or in the palms of their hands.

Adapting physical design is one more survival tactic. Rather than seeing social distancing as an of-the-moment need, Clerc predicts it will also mark the wave of the future.

"The desire for space, privacy, and exclusivity is only going to increase through this, especially with [ultra-high-net worth] guests -- and not just indoors but outdoors, too," he asserts. "Every time you can connect a suite, a room, a residence with through terraces or gardens, that's going to be the new definition of luxury."

As for when the current uncertainty will end, Clerc is circumspect, even as his overall outlook remains optimistic: "Once you have reasonably priced and reliable testing in airports, it will really help. But that has to start with governments and regulations."

"We've never had so many experts trying to find a solution to the same problem," he said. "And while it doesn't always feel this way, as an industry and as a global community, we will be better for having gone through this." 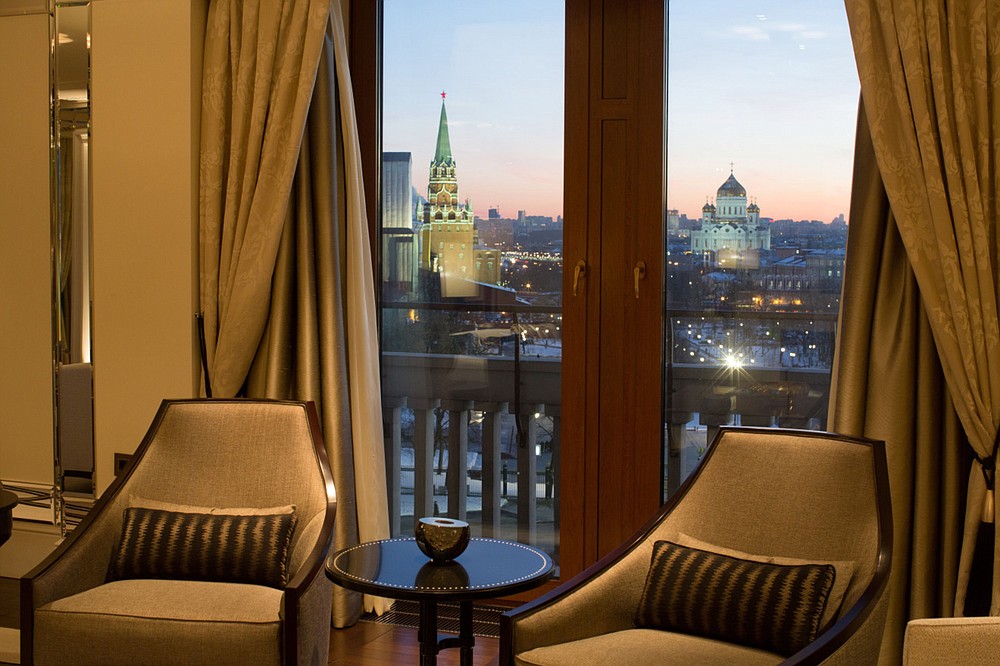 The Kremlin, left, and the Cathedral of Christ The Saviour, right, stand on the city skyline viewed from a guest room in the Pozharsky Royal suite at the Four Seasons in Moscow on Feb. 10, 2015. MUST CREDIT: Bloomberg photo by Andrey Rudakov
ADVERTISEMENT