The Library Book and The Lilac Girls

Today was our monthly book club and it could not have been a more beautiful day to sit outside and discuss our book. 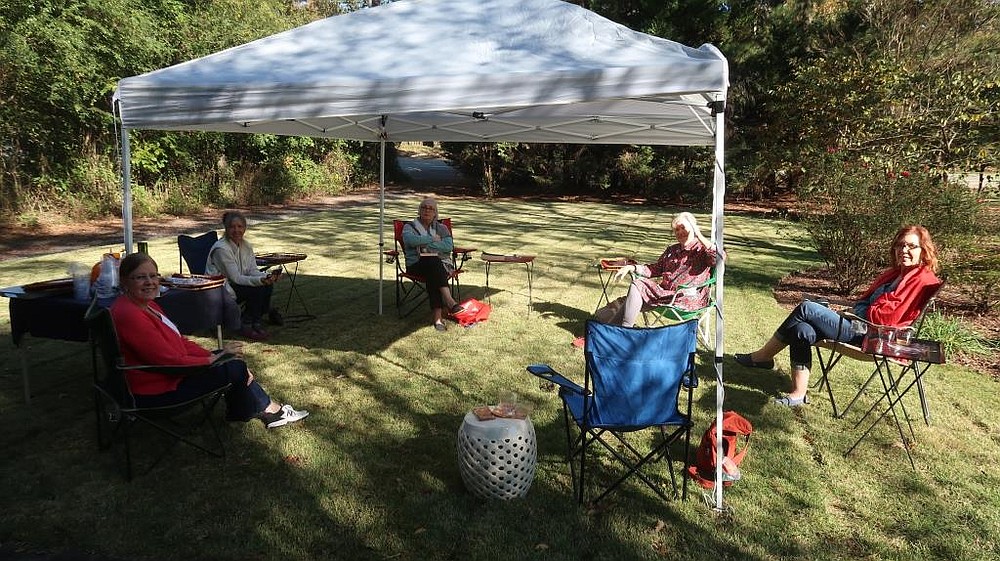 The book this month was The Library Book by Susan Orlean. 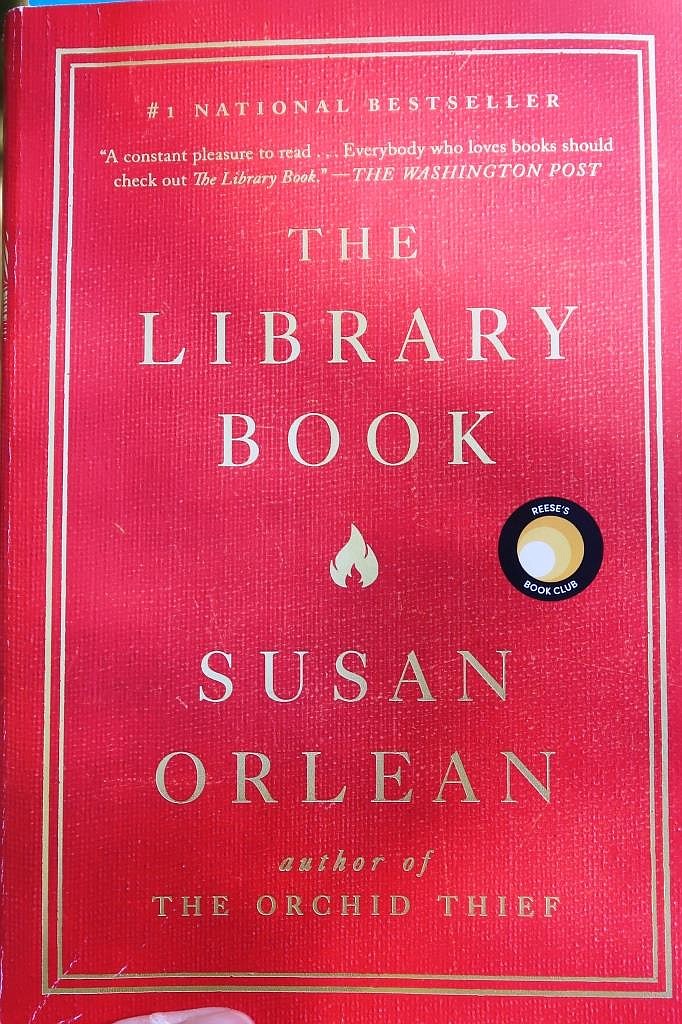 It is not a book any of us would have chosen to read on our own, and at least one was not sure she could get through it, but she persevered. The majority were glad they read it and learned a lot about the inner workings of a library. The book focuses on the history of the main library in Los Angeles. In April 1986 the library had a fire which destroyed thousands of books but damaged many more. Once books caught fire, it was hard to contain, taking over 7 hours to put out. By that time, a lot of damage was done. Cindy bought Inferno wine to keep with our fire theme! 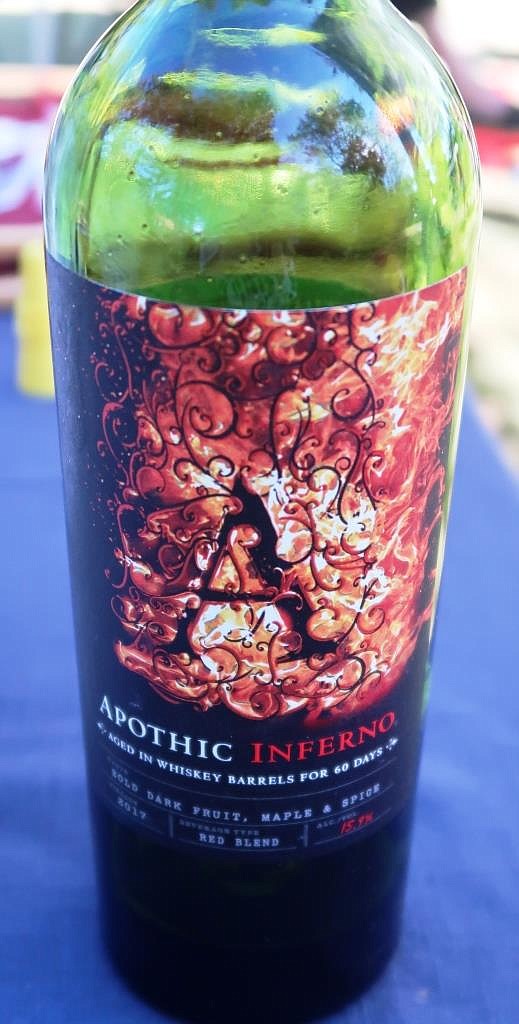 The story moved back and forth from the fire, to cleaning out the library, restoring the books, and an arson investigation, to a story line recounting the history of the Los Angeles public library dating back to its inception. Parts of the story were fascinating; some were a bit detracting. When I first started reading, I thought it was going to be a hard book to read, but once I got into it, it moved at a quick pace. The arson investigation and the main suspect story line were the least interesting to me. The author had a lot of animosity towards the suspect, and had nothing nice to say about him or any of his family or associates. She paints a bleak picture and you are pretty certain this guy is guilty. Then almost at the end, she totally recounts and says she doesn’t think it was arson after all. Pretty confusing. One member thought she used the story line of arson to keep readers interested to read to the end to see who did it. I hadn’t thought of that. Many of us thought this part of the book was the weakest.

As a huge library fan myself, I enjoyed reading about the history of libraries across the country and even the world. Would I say this is a must read, no, but if you like non-fiction and libraries, you may want to read it.

My other book club met via zoom earlier in the month

and we discussed the Lilac Girls by Martha Hall Kelly. While the book is fiction, it was based on many true stories, which she embellished a bit. It is a World War II book focusing on three women with very different lives. One is a socialist in NY, Caroline Ferraday who was a real person who worked tirelessly both during and after the war. At first her efforts were to help send supplies to orphanages in France to help the children torn from their families. After the war, she works to help reunite families, and then helps a group of Polish women who were victims of the Ravensbrook Concentration Camp. This story line really happened. Another character is Herta Oberheuser a real-life German doctor who ended up working in the concentration camp, doing atrocious things. The third character was a young Polish woman named Kasia Kuzmerick. This character was a composite of several of the women who ended up in Ravensbrook undergoing experimental surgeries which left many of them maimed for life. The group of Polish women who were operated on were collectively called “the Rabbits” because many of them had to hop on one leg after surgery, and because they were human guinea pigs. It was a hard book to read because of the horrid conditions they had to endure. The book covers their lives before the war, during the war, and then after the war. The one thing most of us agreed on was that the lead character Caroline Ferraday was marginalized in her story line. Instead of focusing on her heroic acts, the story line centers more on her romantic entanglement with a married Frenchman. In reading about Caroline after I read the book, there is no mention of any romance. I think it took away from the story. Also the title was totally misleading, along with the cover of the book. 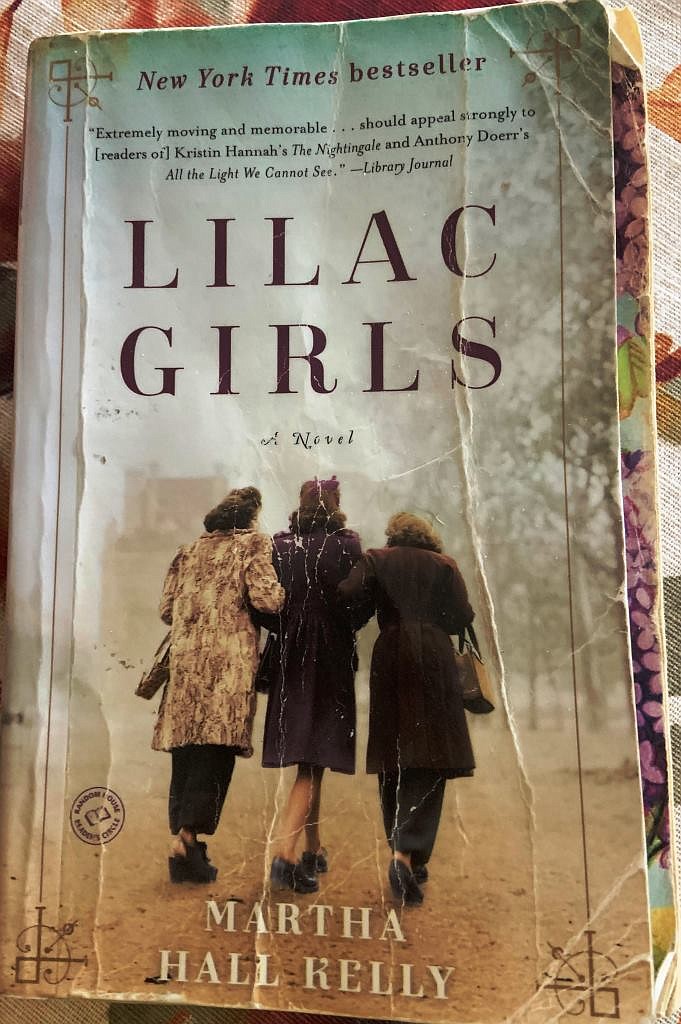 I thought it was going to be a story of how three women were brought together with some connection of lilacs. While they are interconnected in some ways, Caroline and the doctor never meet, and the lilacs from Caroline's home were important to her but really not the story. I had never heard about the rabbits, and I did learn some things, but I would not recommend the book to anyone else. One member liked it, the others all learned something but found it hard to read in parts.

We had great discussions on both books. Now on to more books. For my online book club we are reading Dancing at the Rascal Fair by Ivan Doig. My in person book club is off until January when we will discuss Lunch in Paris by Elizabeth Bard.