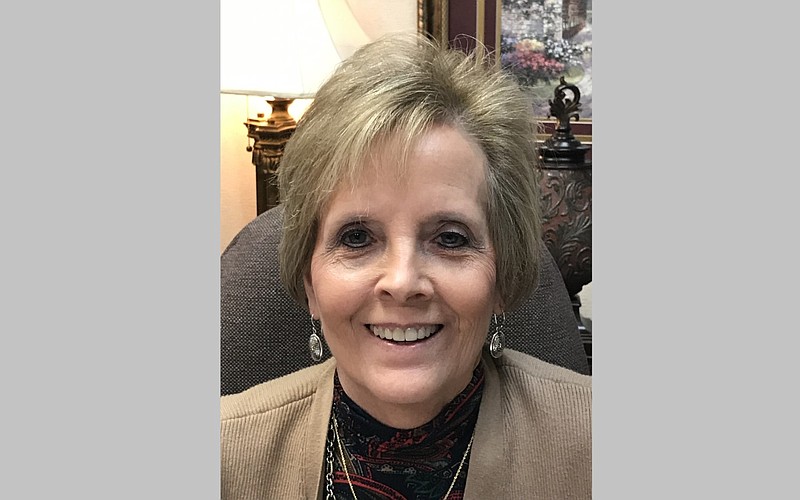 It was just a job, or so Kathy Harris thought when she first walked into the doors of the Southeast Arkansas Behavioral Healthcare System Inc. nearly 44 years ago. Harris was wrong.

She started as an assistant to the administrator Clarence Perkins. She was driven, organized, and had an eye for detail when it came to gathering data for reports and the tenacity of a bulldog who was able to complete projects on time.

"My feelings changed pretty quickly and it became something I felt strongly about and committed to," Harris said about her early days.

Soon, she explained, "It was no longer just a job. It became a calling for me. I'm very passionate about our clients and services."

Perkins saw talent in Harris that she didn't realize she possessed, and he encouraged her to learn various aspects of the mental health field, allowing her to grow professionally.

"I was involved right from the beginning," she said.

Unlike many assistants and right from the start, she sat in when personnel and staffing issues were discussed, and was included in meetings where critical administrative decisions were made. She documented information that would be decisive when it came to state and federal funding.

In other words, she learned the business from the ground up and this included coming to understand the importance of good mental health treatment for everyone.

"At one time, everyone was sent to an institution, but along the way, we came to realize there were more successful treatments that produced better patient outcomes," she said about people dealing with mental illnesses.

Right from the start, the agency was a private, not-for-profit corporation run by a board of directors.

It's accredited by the Commission on Accreditation of Rehabilitation Facilities, and is certified as a community mental health center and a Medicaid provider for behavioral health services.

The group is also a licensed outpatient substance abuse treatment program by the State of Arkansas.

Harris said they strive to build partnerships with different segments of the community such as businesses, schools, the medical community and neighborhood groups, in order to enhance awareness and community problem-solving in behavioral healthcare options.

STEPPING INTO A NEW JOB

Sometime prior to 2010, Perkins began to talk of retirement, and he saw Harris as the perfect fit to take over as president and chief executive officer.

Although she had worked there for about 34 years, she said, "I was nervous about moving into the new position, even though I had done a large part and been involved in the work," Harris added.

She was comfortable in the No. 2 spot and while Perkins had encouraged her, she hadn't "really envisioned" herself moving up.

"I heard him but wasn't convinced," but the board members "strongly recommended" she consider the top spot.

"I pointed out my weaknesses," Harris said, but they felt no one would care about the agency as she did.

She said, "It was true," so she accepted the job temporarily until they found someone else. Noel "Bud" Bryant, chairman of the agency's board of directors and part of the group that hired Harris, said, "Words alone can't describe what she's done for the agency, the community and clinics."

He continued by saying, "Hiring her for the position was one of the best decisions the board has ever made. By and large the staff and patients love and respect her."

Susan Reid, the agency's Grant County Division director, has known Harris since she started and described her as "loyal and dedicated."

"Kathy had the ultimate responsibility of offices, employees, and service delivery in five counties, not a small task," Reid said.

Overall, it was not a "job for the faint-hearted. It will tug at your heart and your mind. Kathy has handled it beautifully. In this difficult [Covid] time, she has worked with staff, her management team and the board to ensure SEABHS continues to deliver the quality services for which we are known," Reid said.

Her office is impeccable and even answers her own phone, and "she is organized, detailed and quick on her feet," Lancelin said.

Yet Harris is a "humble person who believes every position has honor, from the housekeeping staff to professionals," she said.

THE DAWNING OF A NEW ERA

Mental health is often an embarrassing and hidden condition, but in reality it's no different than a broken arm or high blood pressure. It has to be treated, Harris said.

As diagnosis, clinical focus and treatments have changed, Harris has steered the agency to accommodate these.

On the clinical side, they began to offer various support offerings that underscored and shored up clinical treatments, she said. The agency also teaches life basics such as personal hygiene and life skills such better ways to deal with anger and how to deal with illness more effectively, Harris said.

While on the administrative side, "Things were constantly changing and swiftly," she said.

For example, the state focused on reducing Medicaid expenses, and, Harris said, "We are heavily dependent on that funding stream. It impacts how we do almost everything we do. It's essential and critical."

Harris has been involved in her profession beyond the local level. She has taken the mental health cause to the state Capitol where she has worked toward legislative changes. She served as president of Mental Health Council of Arkansas and then as its legislative chair.

Her message has been constant: "We need to talk about mental illness. We need to get comfortable with the subject."

The local mental health center was started by a group of Jefferson County people who saw a need, developed a plan and put it into action. That was in 1964.

"It's special to me that they offered these services. Fifty-six years later, we continue to grow and evolve," Harris said.

They offer services in five southeast Arkansas counties: Arkansas, Cleveland, Grant, Jefferson and Lincoln. There are two centers in Pine Bluff, and one each in Sheridan, Star City and Stuttgart.

They have a staffed 24-7 crisis hotline and have mental health professionals at Jefferson Regional Medical Center in Pine Bluff, Baptist Health-Stuttgart and DeWitt Hospital.

Harris sings the praises of the agency's board members and her staff: "I'm amazed at their unending support. I work with talented people who are just as committed as I am."

She took the position on an interim basis 10 years ago. Somewhere along the way, the label "interim" was dropped.

And now, like Perkins, she faces her own retirement.

Reid said, "I applaud and thank her. She has my deepest appreciation. We shall miss her greatly."

"It was a hard decision," Harris said. "I devoted the largest part of my life to this agency and this job."

For her, it's like caring for a child until it's grown and then stepping away, and Harris added, "It's time...It's been a hard job but a real labor of love."