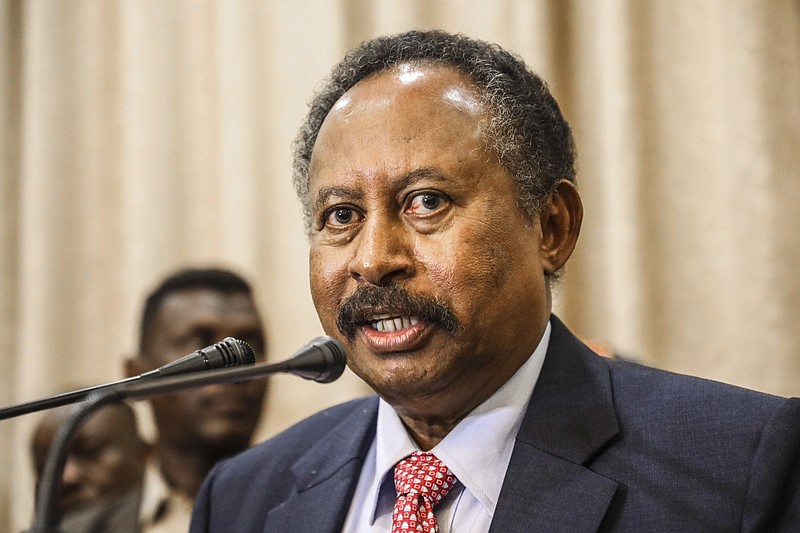 CAIRO -- Sudan said it has signed an agreement with the U.S. to effectively stop any future compensation claims being filed against the African country in U.S. courts, after Washington's decision to remove the country from its list of state sponsors of terrorism.

The deal restores in U.S. courts what is known as sovereign immunity to the Sudanese government, and comes after a year of negotiations between the Trump administration and Sudan's new leadership, the Sudanese Justice Ministry said.

A transitional government led by a mix of military and civilian figures currently rules Sudan, after the overthrow of former leader Omar al-Bashir in April 2019 led to the country seeking better ties with the U.S.

The ministry said the deal, signed Friday at the State Department, was meant to settle all lawsuits against Sudan in American courts, including those related to the 1998 bombings of the U.S. embassies in Kenya and Tanzania. The deal would enter into force after U.S. Congress passes legislation needed to implement the agreement.

Sudan's transitional government has agreed to pay $335 million in compensation for victims of the attacks that were carried out by Osama bin Laden's al-Qaida network while the militant leader was living in Sudan. The ministry said the money would be held in an escrow account until the U.S. finalizes the restoration of Sudan's sovereign immunity.

The State Department has notified Congress of the agreement, which it described as a "monumental win for victims of terrorism."

It said the deal also included compensation settlement for victims of the deadly 2000 bombing of the USS Cole at Yemen's southern port of Aden that killed 17 Marines, and for the killing of John Granville, an official with the U.S. Agency for International Development, who died in a drive-by shooting in the Sudanese capital, Khartoum, in 2008.

"The signing ... marks a critically important step toward achieving justice for the tragedy our families," said Edith Bartley, spokeswoman for the families of the Americans killed in the Kenya attack.

Bartley urged Congress to "immediately" pass legislation needed to implement the settlement and release the money.

The U.S. designation of Sudan as a state sponsor of terrorism dates to the 1990s, when al-Bashir ruled Sudan and his government briefly hosted bin Laden and other wanted militants. Sudan also was believed to have served as a pipeline for Iran to supply weapons to Palestinian militants in the Gaza Strip.

Removing Sudan from the blacklist was part of the U.S. administration's efforts to have Sudan normalize its ties with Israel. Sudan has become the third Arab country -- after the United Arab Emirates and Bahrain -- to normalize ties with the Jewish state in the run-up to Election Day.

However, President Donald Trump's decision on Friday to extend the U.S. national emergency regarding Sudan stirred up confusion and concern among Sudanese over American policy.

The U.S. Embassy in Khartoum on Saturday sought to reassure Sudanese, saying in a tweet that the decision "in no way impacts the removal of Sudan from the state sponsors of terrorism list." It said the extension was meant to maintain U.N. sanctions related to the Darfur conflict.

Darfur has been gripped by bloodshed since 2003, when rebels took up arms against the Sudanese government, accusing it of misruling the region. The United Nations says 300,000 people have died in the conflict and 2.7 million have fled their homes.

Sudanese transitional authorities have promised to hold elections by 2022. 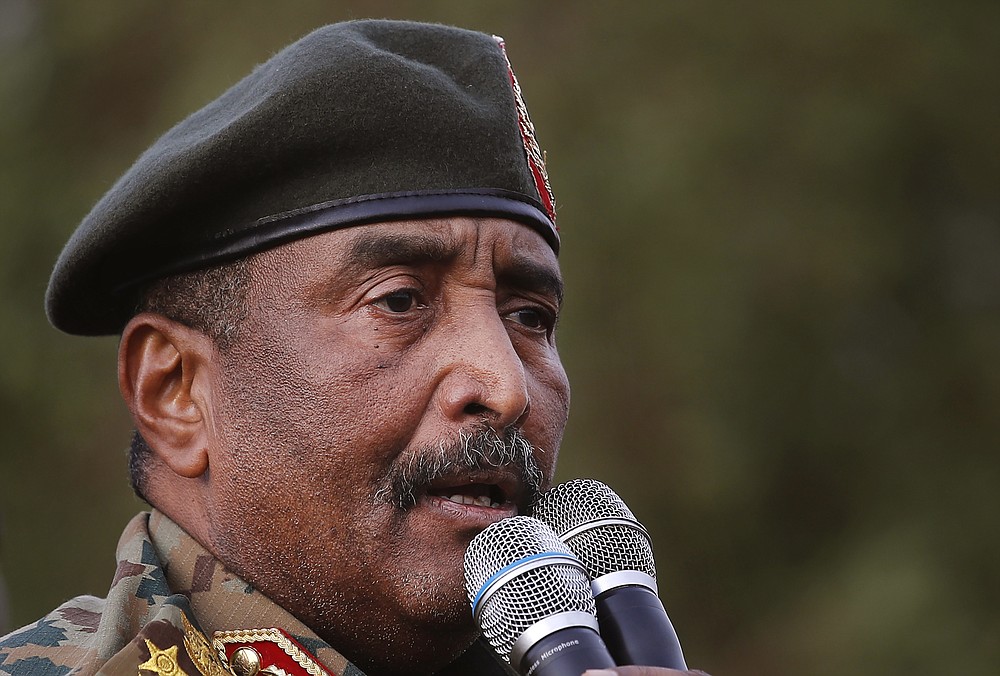 FILE - Sudanese Gen. Abdel-Fattah Burhan speaks during a military-backed rally in Omdurman district, west of Khartoum, Sudan, Saturday, June 29, 2019. Sudan’s leader said Monday, Oct. 26, 2020 that the decision to normalize ties with Israel was an incentive for President Donald Trump’s administration to end Sudan’s international pariah status. Gen. Abdel-Fattah Burhan, head of the ruling sovereign council, told state television that without the deal Sudan would have had to wait until deep into next year to be removed from the U.S.'s list of state sponsors of terrorism. (AP Photo/Hussein Malla, file)
ADVERTISEMENT