OPINION | MY SO-CALLED MILLENNIAL LIFE: I’m ready for this election to be over 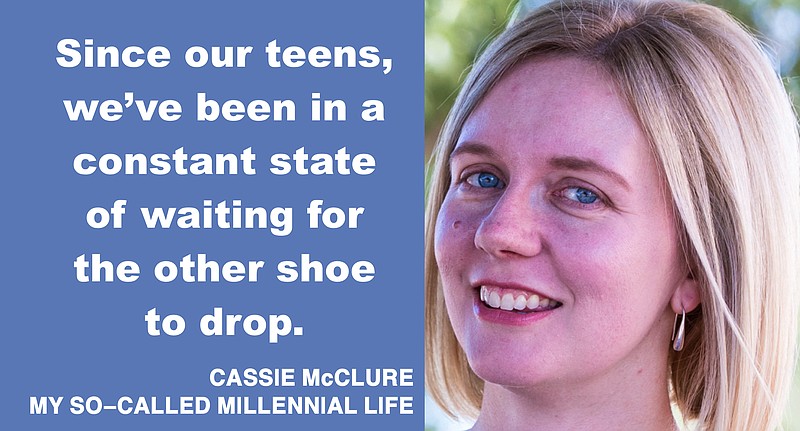 After what feels like five years of campaigning — and in a way, it was — I'm ready for this to be over. I'd like to be on the analysis side, on the side where I'm crafting a good narrative for the future when my great-grandchildren ask, "Grams, what on earth happened in 2020?"

Right now I would only expect to clutch the worn blanket on my knees and cough out, "That is a year that shall not be named, just like the author of the 'Harry Potter' books."

I'd like to get a good look at how my generation is represented at the polls, if we are a voting block to contend with and maybe even cater to, or if our weariness and apathy will be apparent through inaction, where we as the current largest generation become the second silent one.

There might be several factors at play. Millennials seem to be fraught with a bone-numbing weariness. Since our teens, we've been in a constant state of waiting for the other shoe to drop. Sometimes, it's a beautiful and comfortable shoe in which we can strut our hopes and dreams. Other times, it's a shoe that we cannot outmaneuver as deftly as former President George W. Bush — like a recession not nearly as great as advertised.

Millennials are also mostly in their 30s. I'm not worried about Instagram perfection. I'm worried about whether everything I've worked for will be wiped out by a cancer diagnosis, a sudden car crash or, as was not on my Millennial Bingo Card, a pandemic.

I'm peeved when economic indicators are used to get a sense of the value in our lives or what we value, and that people say we should shift and vote according to those indicators. For example, I heard recently that there might be more consumer confidence coming up — in that more people may buy more appliances by the end of the year. Let's all golf clap. Surely, that means we are all doing really well.

Surprise: I bought a dishwasher in the middle of the quarantine.

This was after having heartily endorsed a can-do attitude about fixing my older, broken one — because, you know, we were quarantined during a pandemic and I had YouTube tutorials. But when I spent half the amount on repairs that I would have spent buying a new machine during a Fourth of July sale, which would have allowed me to stop inserting myself inside my suspiciously foul-smelling dishwasher as I muttered about not learning this in college, I decided to buy a new one.

Even though I already voted, I'm not sure if trickle-down politics are going to make the changes I'd like to see, and perhaps some of my generation feels the same. Across the pond, the Cambridge Centre for the Future of Democracy gathered 4.8 million respondents from 160 countries between 1973 and 2020. Turns out U.S. millennials are around a quarter of the country's population but only have about 3% of the country's wealth. Baby boomers held 21% of the country's wealth at the same age.

I'm not even mad about that; good for them. However, when I hear that the Pentagon wants nearly $100 billion for a new fleet of nuclear missiles, I think, "Super, I'd like to not have my meager taxes go to that."

The study goes on to suggest that the disillusionment with democracy was that wealth disparity and that, as Reuters reports, "populist challenges to mainstream, 'establishment' politics could actually help improve democratic engagement by shocking moderate parties and leaders into reversing the decay."

If by "shocking" they mean that I offer a continual drumbeat that says I'd like my taxes to pay for universal health care and maybe some investment in internet infrastructure so that we can compete as the greatest nation on Earth and not just say we are and rattle our sabers, I think there are plenty of others who will come to that drum circle.