Mystery Solved for the last week of October

Here are your mystery plants for the week of October 26. Great job gardeners! 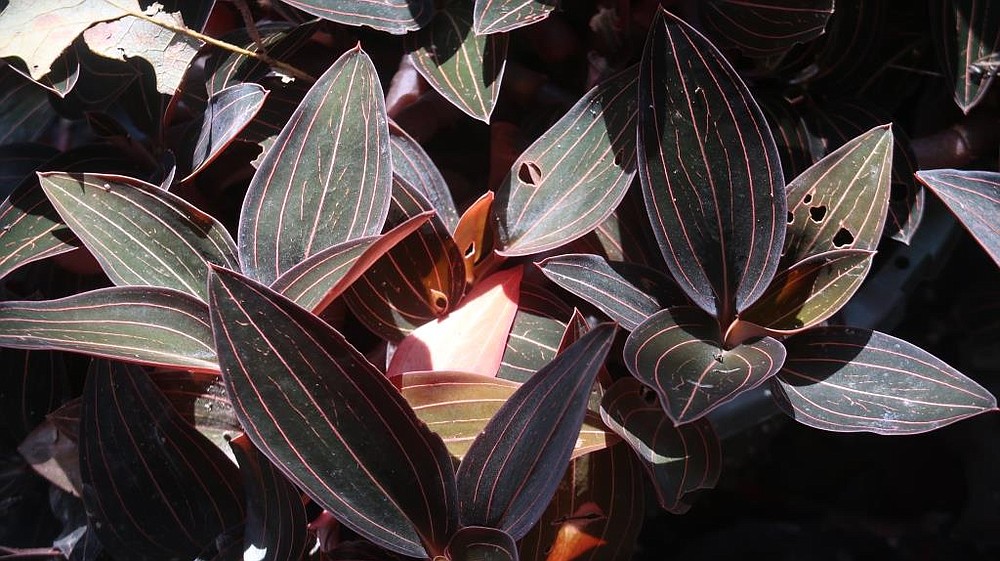 Jewel orchid – Ludisia discolor is a beautiful, carefree orchid. Native to Asia, this orchid is usually found growing in a tropical forest floor. While it does have lovely small white- to pinkish flowers, 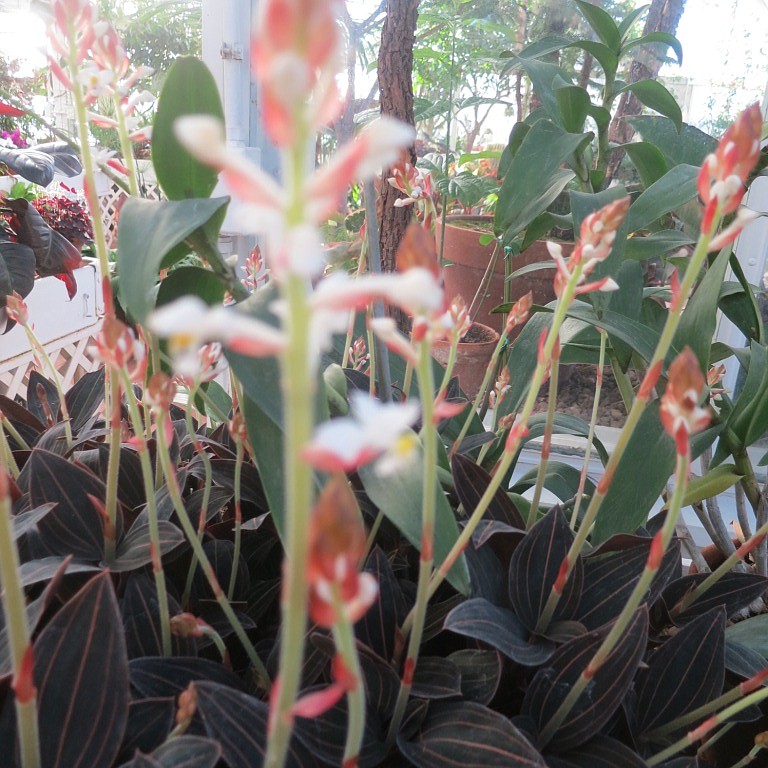 this plant is often grown more for its velvety dark striped foliage. The most common variety has almost black leaves with a pale veins. These is also a white jewel orchid with green leaves and white veins. Since these orchids are not found growing in the canopy of trees like many orchids, they can be grown in potting soil versus orchid bark. It also needs a bit more moisture than most orchids, but don’t overwater it, as it can rot. If your leaves start turning red, it usually means it is lacking in moisture. Outside for the summer it loves the shade. Indoors it needs bright morning light, but avoid direct sunlight in the afternoon. It supposedly blooms in the fall, but I saw it in full bloom in Tulsa in a greenhouse in January. The flowers are small, born on a taller stalk. The plant is easily divided for more plants. 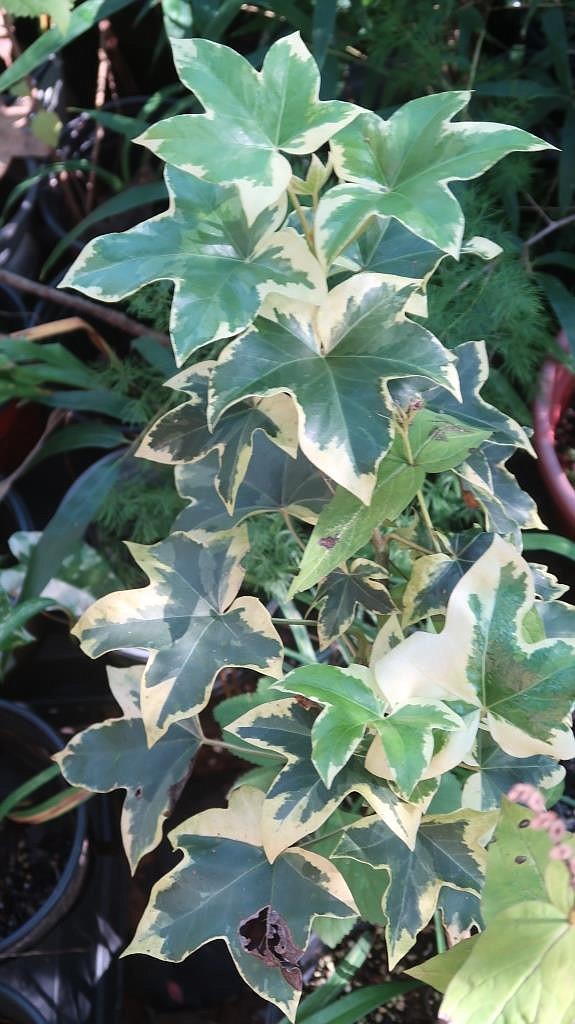 is commonly called Fatshedera or bush ivy. Whenever you see an x preceding the Latin name you know it is a hybrid plant. This plant is a cross between the shrub fatsia (Fatsia japonica) 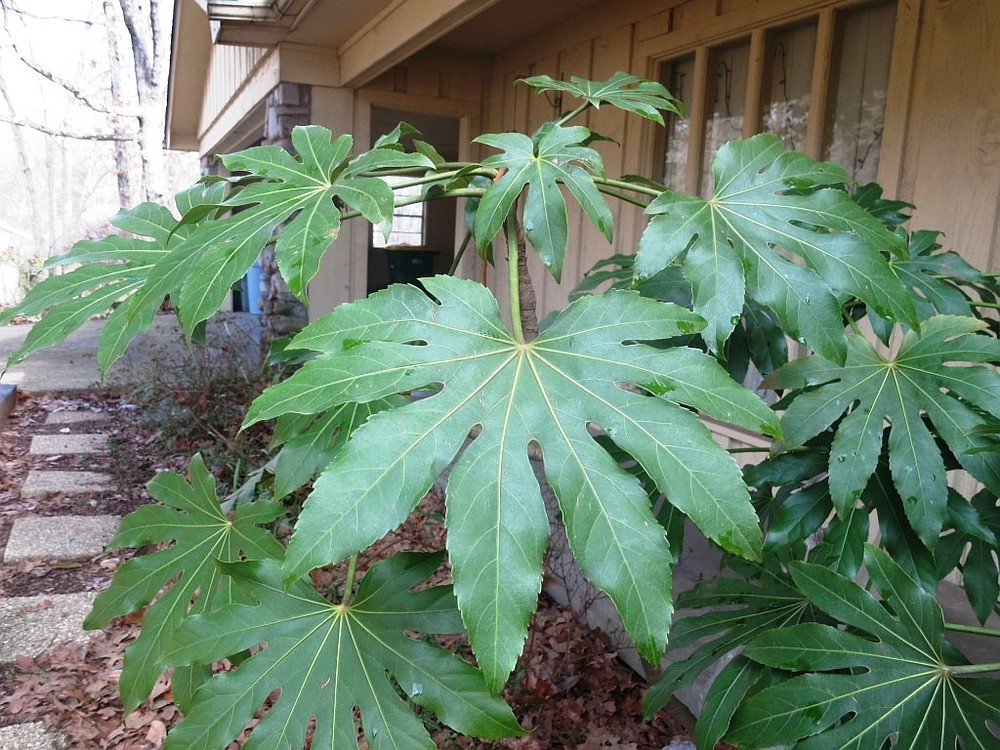 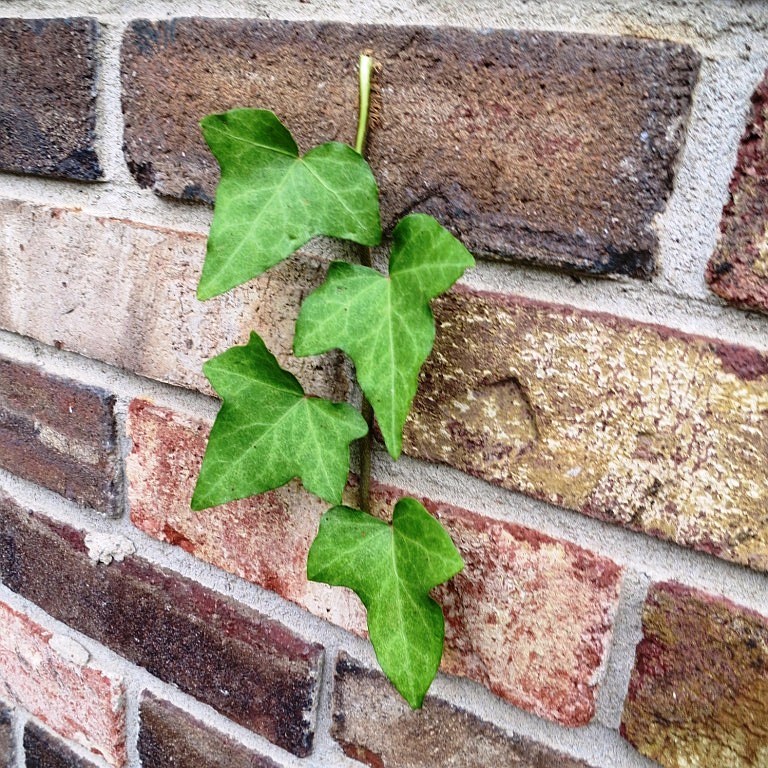 thus the combined name Fatshedera. Lizei comes from the French nurseryman Lize Freres who first hybridized the plant. This evergreen shrub will grow 3-5 feet tall with a more upright habit with long trailing stems. Some gardeners do grow them with support to keep the trailers growing in the direction they want them. It is not invasive like English ivy, and a bit more winter hardy than the plain Fatsia. Originally it came only in green, 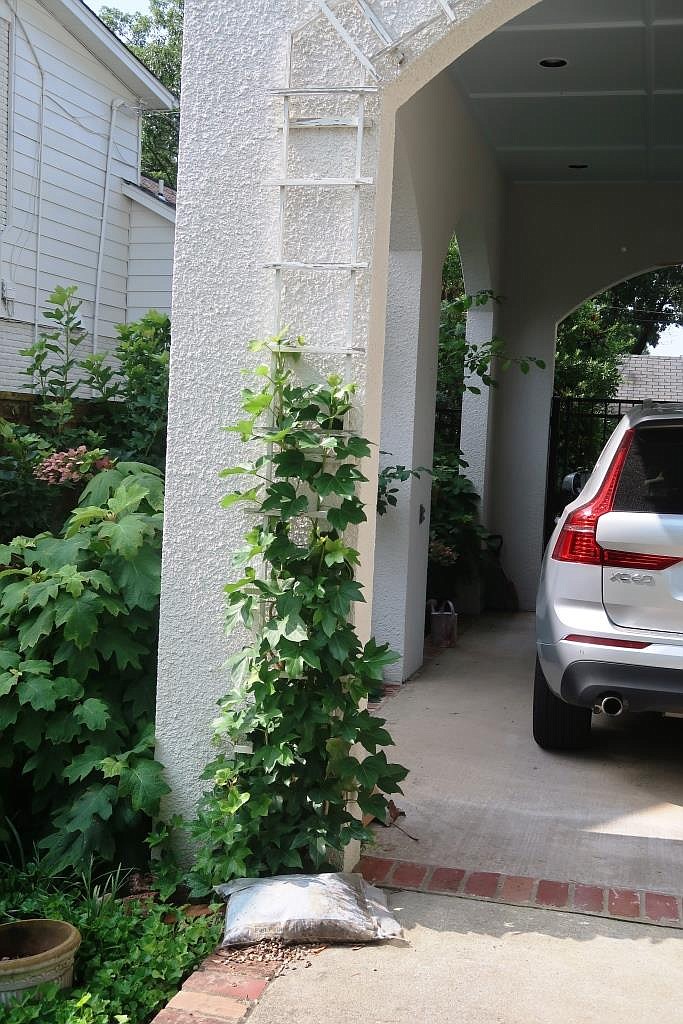 but now there are numerous variegated varieties. It does produce flower spikes similar to fatsia in the fall. 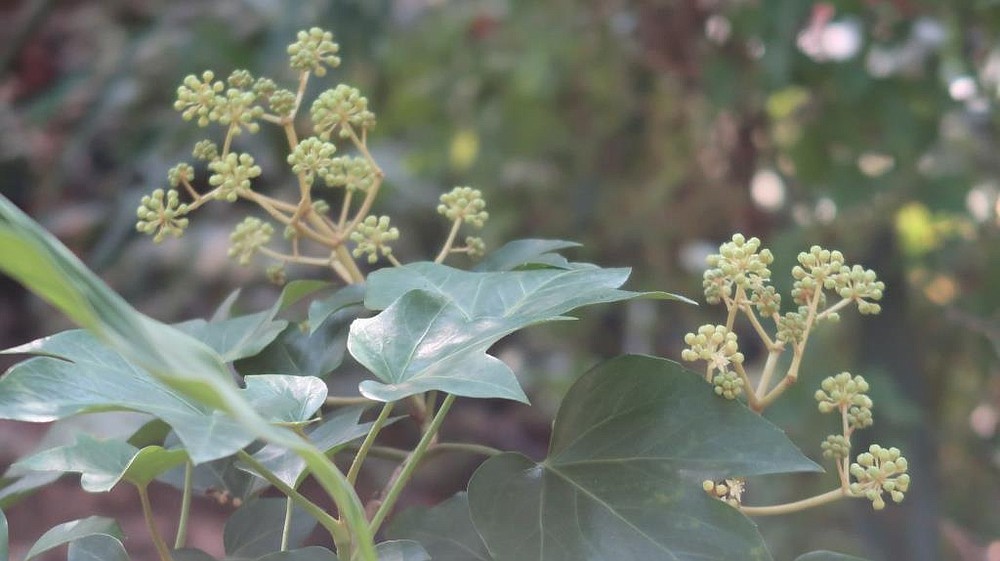 This plant is best grown in the shade. 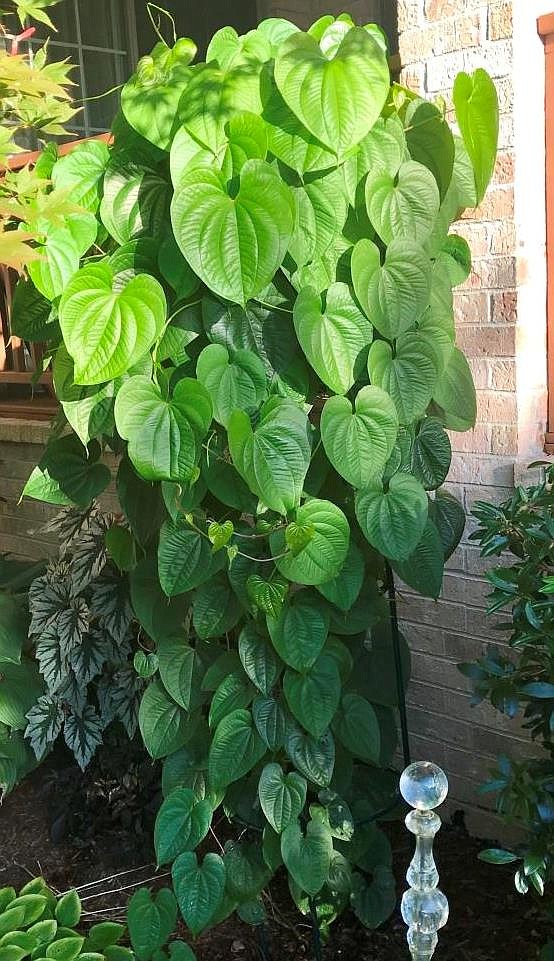 is a vigorous annual vine for us in Arkansas. In climates where it is winter hardy, it is considered a noxious invasive. 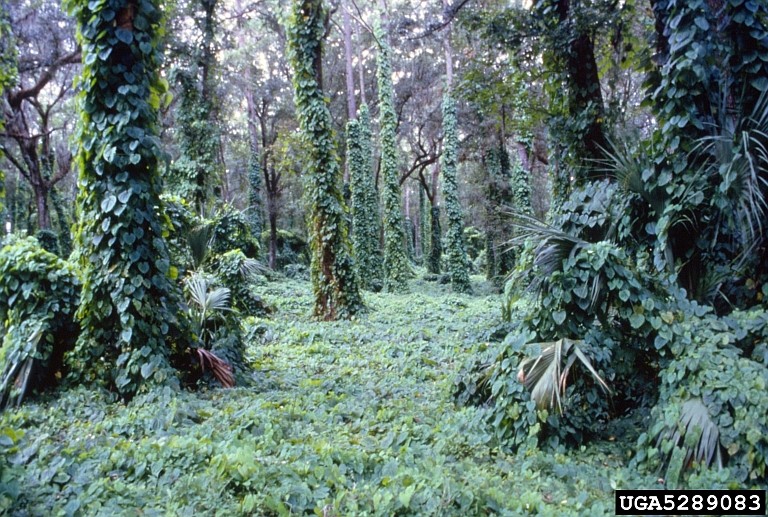 Native to Asia, this plant is related to sweet potatoes, and has large, glossy heart shaped leaves which can grow upwards of 20 feet in one season. By mid to late summer it produces small bulbils that look like potatoes up and down the stems. 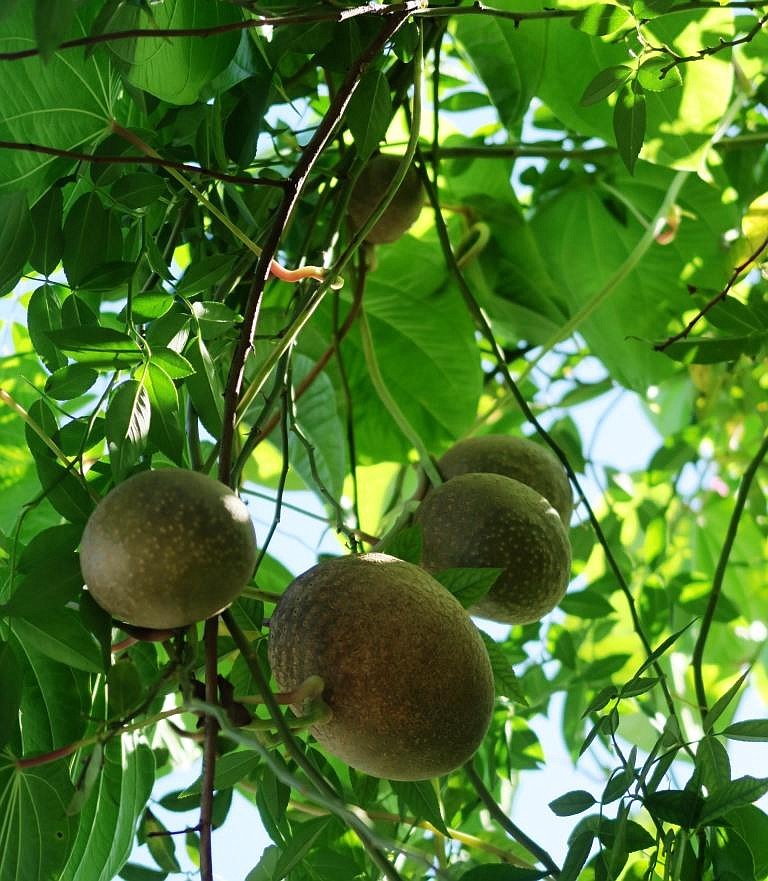 They are not edible, in fact can be toxic to humans, however where they are native, the people have learned how to cook or prepare them to make them safe—similar to our poke salad. Over time, the air potatoes grow. Some are no larger than an inch in diameter, but some can get almost as large as a softball. The aerial bulbils look more like an Irish potato, but they can produce a tuber underground which looks more like a sweet potato. When I was a county agent, almost every year someone would bring in a “potato” for identification. If they left it with me, I would leave it on my desk and within a month or so I would have a vine starting to grow from the potato. 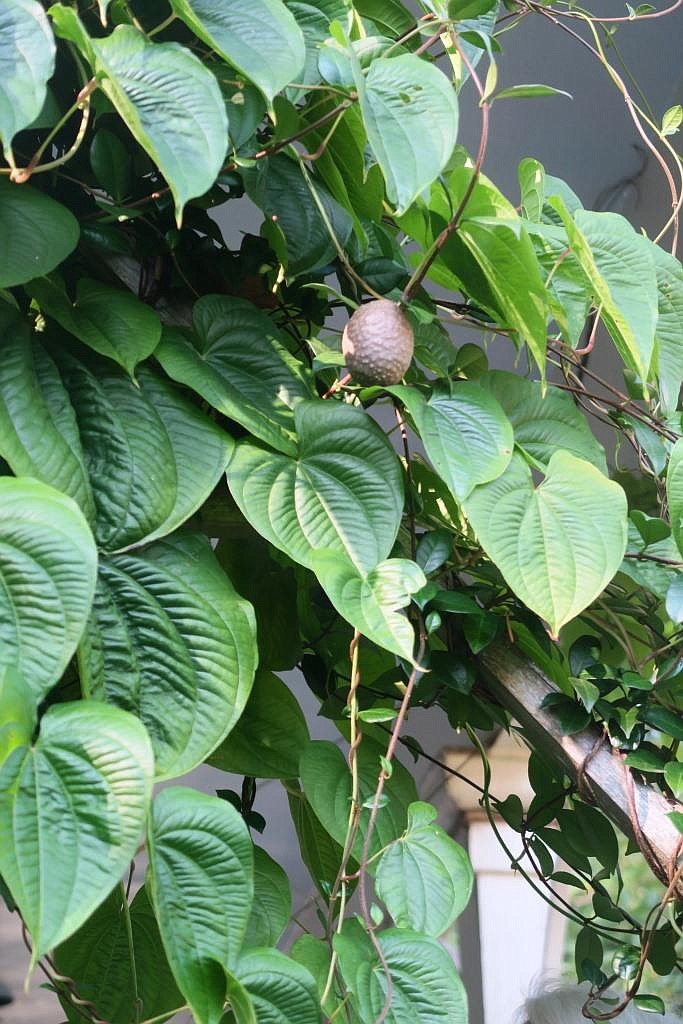 In Arkansas it rarely comes back except possibly in southern Arkansas, so save some “potatoes” to start a new vine next year. It grows in sun or shade.