Anderson in search of 'piece' 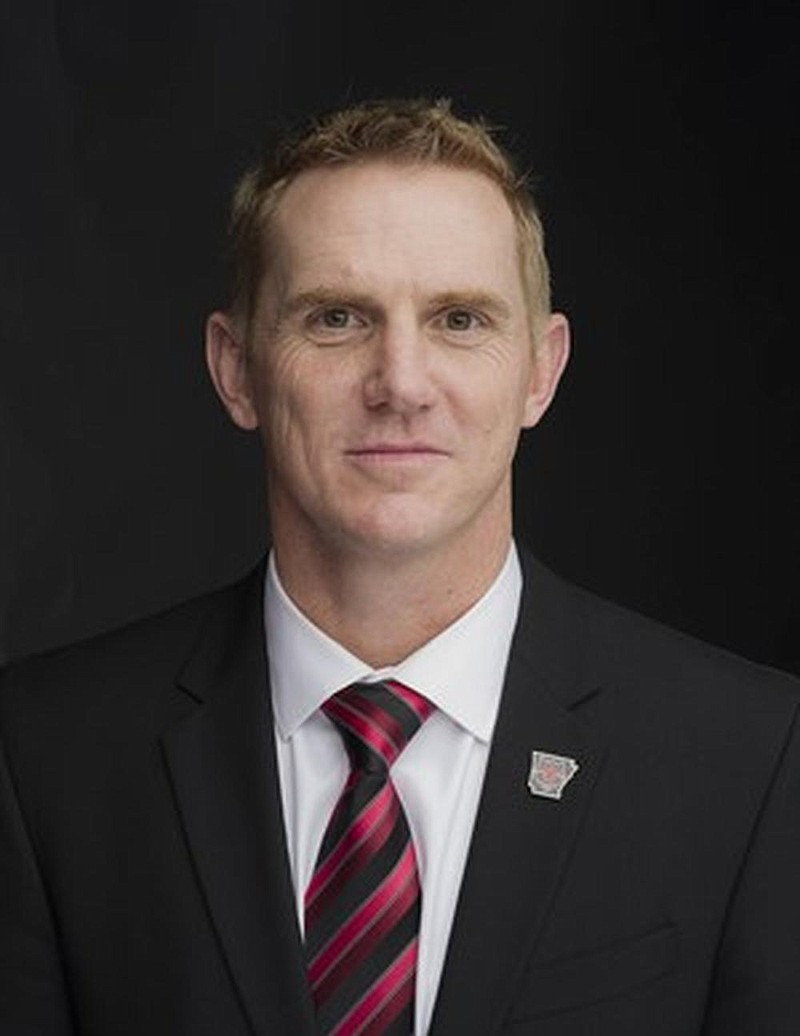 JONESBORO -- Blake Anderson knows what people are saying about him and his program.

The Arkansas State University coach isn't oblivious to the criticism his team is receiving after dropping their third game this year by at least 28 points, with the latest coming Saturday in a 38-10 home loss to Troy. Since joining the FBS in 1992, Arkansas State has never lost three games in a single season by that wide of a margin until this year.

And with only four games left and owning a 3-4 record, Anderson is searching for answers in his seventh season as the head coach in Jonesboro.

"No doubt it's a challenge and, yeah, very difficult because I feel like I'm struggling to find that key piece that helps it click for this particular group," Anderson said. "Balance in personal [life] and business [life] is a challenge with as much as we put into this anyway. You heap covid on top of that -- and we've have had our fair share of issues there -- but seeing a group that you see talent in and that guys have a will to want to do it, but not being able to find what piece fits to help them kind of all going in the right direction, that's ultra frustrating.

"And you just feel like you'll look and it'll kind of show up and it just hasn't with this particular group so far. Big challenge, but hey, that's why we sign up for it, I guess."

After recent losses to Appalachian State and Troy, Anderson has said multiple times he's been searching for that "missing piece." He thought maybe letting go of former defensive coordinator David Duggan after a 59-52 win over Georgia State might spark his team. But while the defense has improved minimally, things have since gone downhill overall for the Red Wolves.

The most glaring issue Saturday was arguably not on the field, either. Arkansas State's sidelines was absent of emotion after falling behind 14-0. The team that just 52 days ago upset Kansas State on the road and celebrated so loud it could be heard through the walls of the visiting locker room has disappeared.

"You look at everything," Anderson said when asked what he can do to help re-energize the team. "You look at every piece and what this particular group needs. They've still got to go out and play, but we've got to put them in the best position. We've got ti allow them to play with confidence by knowing what to do and believing, 'I can adjust on the fly.' That's where we can all help."

Anderson said the energy level at practice hasn't been lacking, but it's the games where players have lost some of their confidence. He said guys aren't playing to win, but instead playing not to lose.

"Being able to go do it with confidence I think is where some guys are struggling," Anderson said. "There's a different mentality there, and we're struggling to find that. I can't really remember the last time I've dealt with it to this level, but it clearly is a challenge for us because I do believe if you watch our practices their competitive, their energetic, lot of communication."

Anderson himself has done a lot of soul searching this season. He said the past 18 months have been some of the most difficult in his life.

Coaching last season after the death of his wife in August has taken a toll on him, he said. For most of the 2019 season, he was just trying to get to the finish line. Then, in May, his father died. Add the coronavirus pandemic -- including his own case of covid-19 -- and a disappointing first half of the 2020 season to the list of worries.

But he is not one for excuses.

"I would tell you that the grind itself makes it a challenge," Anderson said after being asked whether he feels like he's lacking energy this year. "But again, I said it before man, it's a choice. You've got to strap it up and bring it every day. And I'm trying to do that. I try to bring as much energy as I can to the table.

"Being frustrated with it not clicking and showing up with energy are two different things. It's always easier when you're winning. So to be able to be positive and praise the Lord and love the dudes around you and encourage the guys on the team when things are going bad -- that's when you've got to show it the most.

Anderson is confident he and his team can turn things around. They have a great opportunity to do so this weekend against Louisiana-Lafayette.

No matter what happens the rest of the season or whether Anderson finds that "missing piece," he's not changing who he is.