Searches began after man climbed fence along DMZ in possible defection bid by The Associated Press | November 4, 2020 at 1:00 a.m. 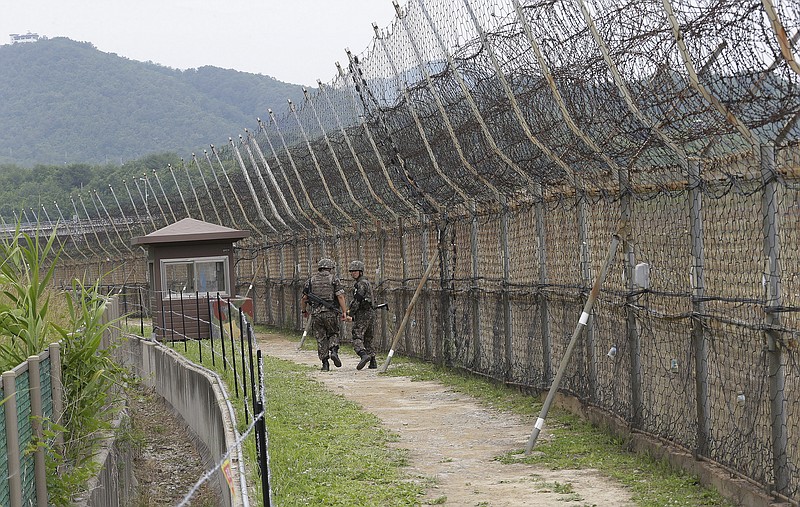 The Joint Chiefs of Staff said that government agencies will open a joint investigation to find out why and how the man crossed the mine-strewn border into South Korea.

Earlier today, the military said that South Korea's surveillance equipment spotted an unidentified person on the eastern section of the land border and started a search. Hours later, it said the military "safely" took custody of the man.

South Korea's Yonhap news agency, citing an unidentified military official, earlier reported that the person was believed to have climbed over a DMZ wire fence overnight to defect to South Korea. It wasn't clear if the person is a soldier or a civilian.

More than 30,000 North Koreans have fled to South Korea in the past two decades, mostly via China, but a small number of North Koreans still occasionally escape through the DMZ land border. At the height of Cold War rivalry, both Koreas routinely sent agents and spies to each other's territory through the DMZ, but no such incident have been reported in recent years.

South Korea's media reported that the military boosted its anti-infiltration readiness level in the eastern front-line area today, but the Defense Ministry said that it couldn't confirm the report.

The reported border breach took place as South Korea's government reopened the southern side of an inter-Korean border village to civilian visitors. The tours were halted for a year after the spread of African swine fever in the region that forced workers to cull around a half a million pigs. That border village, called Panmunjom, is on the western part of the land border.

Seoul's Unification Ministry has said the tours to Panmunjom were to begin today on a trial basis before officially reopening on Friday.

The two Koreas remain split along the 155-mile long DMZ, the world's most heavily guarded, since the end of the 1950-53 Korean War.

Information for this article was contributed by Kim Tong-hyung of The Associated Press. 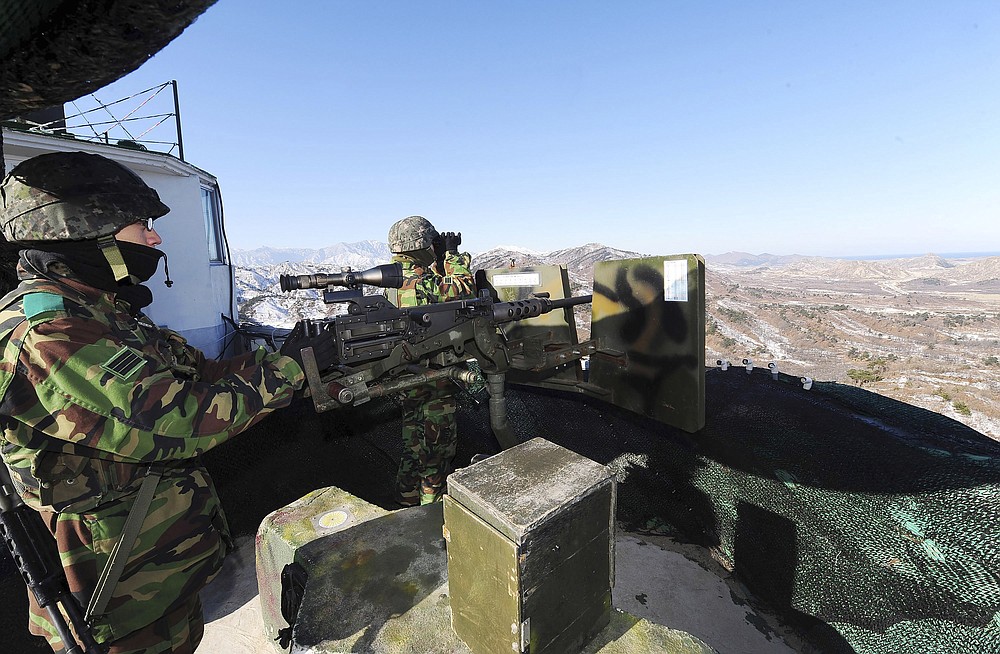 FILE - In this Dec. 19, 2011, file photo, South Korean army soldiers stand guard after a news reporting about the death of North Korean leader Kim Jong Il at a guard post in the demilitarized zone between South and North Korea in Goseong, South Korea. South Korean troops were engaged in an operation near the heavily fortified border with North Korea on Wednesday, Nov. 4, 2020, after detecting "unidentified personnel" there, the South's military said. (Korea Pool via AP, File)
ADVERTISEMENT