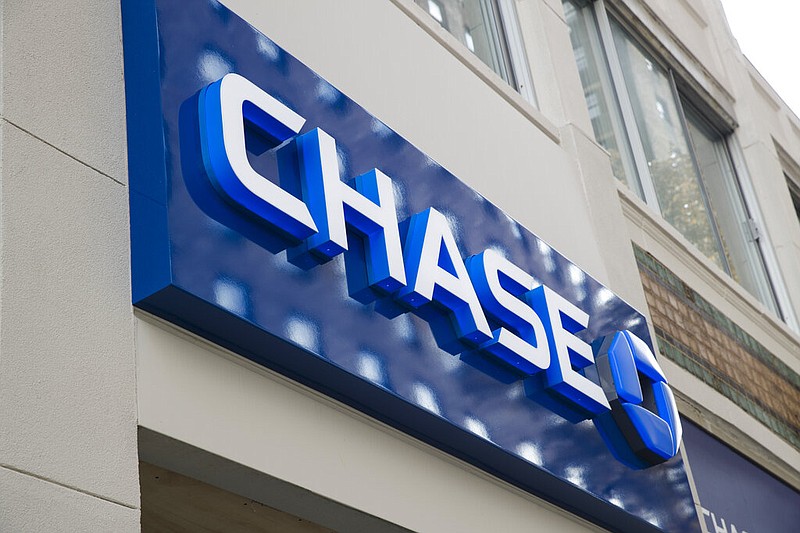 A Chase bank location in Philadelphia is shown in this Nov. 29, 2018, file photo.

Chase Bank, the consumer and commercial subsidiary of one of the largest financial institutions in the United States, is establishing a presence in Arkansas for the first time.

Its first branch will be at the site of a former restaurant at Chenal Parkway near West Markham Street in Little Rock, according to a building permit issued last week. It is scheduled to open in May, according to a bank spokesman.

Chase is seeking permission to build at least two more branches in Little Rock and one in North Little Rock, according to the U.S. Comptroller of the Currency, which regulates nationally chartered banks. The federal agency's website shows that the branch at 12900 Chenal Parkway has been approved.

The spokesman, Greg Hassell, declined to comment on the branch applications that have yet to be approved.

But he said the move into central Arkansas is part of an initiative the bank announced two years ago that it would spend $20 billion to open 400 more branches and hire 3,000 people over five years.

The bank said it planned to add branches close to large universities, including Auburn University in Alabama and the University of Nebraska.

For its first Little Rock branch, Chase is spending $100,000 to convert a 3,995-square-foot building that formerly housed a Zoes Kitchen fast-casual restaurant.

The work will include the installation of an ATM and retrofitting the building for "operation as a walk-in bank," according to the permit.

The ATM will be a cardless version, letting customers access the machine through a mobile wallet on their cellphone, Hassell said.

The location is in a high-traffic corridor near retail stores and offices as well as the high-income Chenal neighborhoods.

"We want to be where people live, shop and work," Hassell said. "Branches are still important to how people bank."

Chase is one of the few banks expanding its footprint, said Randy Dennis, founder and president of DD&F Consulting Group, a bank consulting firm. Most banks are eliminating branches, he said.

Chase is still closing branches, but it has opened more than it closed so far in 2020, according to Dennis' research, which showed the bank closing 248 branches and opening 310.

It is a wholly owned subsidiary of JPMorgan Chase Bank, which has $2.8 trillion in assets and deposits totaling $2 billion. It has 5,041 U.S. locations as of Oct. 28, according to the Federal Deposit Insurance Corp. Chase said those locations include more than 4,700 bank branches. It has another 198 foreign locations.

The other planned Chase locations in central Arkansas include one at Cantrell Road at Southridge Drive and one in The District at Midtown, the new development at the former Sears site at Interstate 630 and South University Avenue, according to the comptroller's website.

The North Little Rock branch will be at East McCain Boulevard and Glover Lane.

Dennis expressed surprise at Chase entering the market, but said the bank was doing it right because it chose "good locations."

Even without bank branches, Chase has been active in Arkansas, Dennis said. In 2020, it had almost $20 million in loans in the state, he said. Most were residential loans.