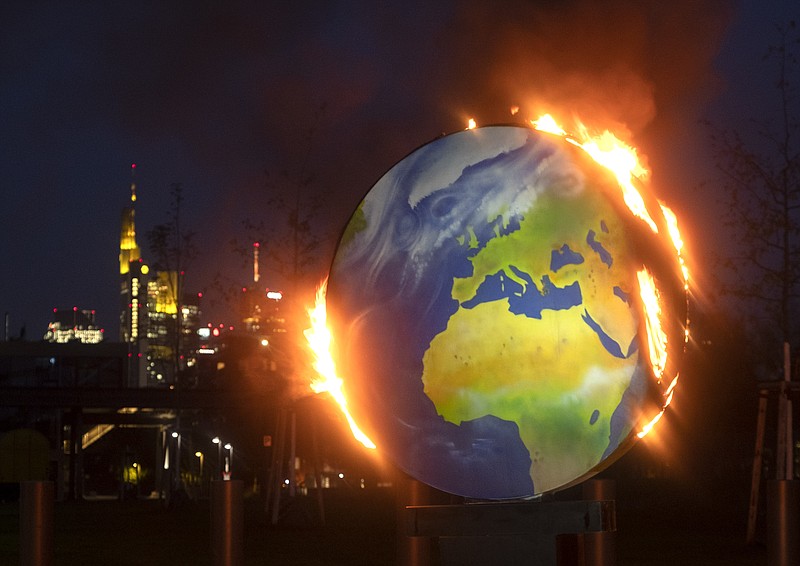 A makeshift globe burns in front of the European Central Bank in Frankfurt, Germany, Wednesday, Oct. 21, 2020. Activists of the so-called "KoalaKollektiv", an organization asking for climate justice, protested with the burning of the globe against the ECB's climate policy. (AP Photo/Michael Probst)

BERLIN -- The United States on Wednesday formally left the Paris Agreement, a global pact it helped forge five years ago in an attempt to mitigate the threat of climate change.

The U.N. agency that oversees the treaty; France, which was the host of the 2015 talks; and three countries currently chairing the body that organizes them -- Chile, Britain and Italy -- issued a joint statement expressing regret at the U.S. withdrawal.

"There is no greater responsibility than protecting our planet and people from the threat of climate change," the statement said. "The science is clear that we must urgently scale up action and work together to reduce the impacts of global warming and to ensure a greener, more resilient future for us all. The Paris Agreement provides the right framework to achieve this."

"We remain committed to working with all U.S. stakeholders and partners around the world to accelerate climate action, and with all signatories to ensure the full implementation of the Paris Agreement," they added.

Democratic presidential candidate and former Vice President Joe Biden has said he favors the U.S. rejoining the Paris accord. Because it was set up as an executive agreement, not a treaty, congressional approval is not required, said Nigel Purvis, a former U.S. climate negotiator in the administrations of Presidents Bill Clinton and George W. Bush.

White House spokesman Judd Deere said the accord "shackles economies and has done nothing to reduce greenhouse gas emissions."

The next planned round of U.N. climate talks takes place in Glasgow, Scotland, in 2021. At present, 189 countries have ratified the accord, which aims to keep the increase in average temperatures worldwide "well below" 3.6 degrees, and ideally no more than 2.7 degrees, when compared to pre-industrial levels. Six other countries have signed the pact but haven't ratified it.

Scientists say that any rise beyond 3.6 degrees could have devastating effects on large parts of the world, raising sea levels, stoking tropical storms and worsening droughts and floods.

The world has already warmed 2.2 degrees since pre-industrial times.

The Paris accord requires countries to set their own voluntary targets for reducing greenhouse gases such as carbon dioxide, and to steadily increase those goals every few years. The only binding requirement is that nations have to accurately report on their efforts.

"The beauty of this system is that nobody can claim they were bullied into some sort of plan," Purvis said. "They're not negotiated. They're accepted."

The United States is the world's second-biggest emitter, after China, of heat-trapping gases such as carbon dioxide, and its contribution to cutting emissions is seen as important.

In recent weeks, China, Japan and South Korea have joined the European Union and several other countries in setting national deadlines to stop pumping more greenhouse gases into the atmosphere than can be removed from the air with trees and other methods.

The EU is currently debating a package of proposals, known as the EU New Green Deal, that would include a so-called carbon border adjustment, aimed at preventing companies from dodging emissions-reduction efforts in the 27-nation bloc by manufacturing goods in places without stringent measures.

Germany, which currently holds the EU's rotating presidency, said it was important for Europe to lead by example now that the United States has left the pact. German government spokesman Steffen Seibert noted Wednesday that the EU aims to become the first climate-neutral continent by 2050.

While the Trump administration has shunned federal measures to cut emissions, Seibert noted that U.S. states, cities and businesses have pressed ahead with their own efforts.

In addition to condemnation from abroad, environmental and public health groups in the United States criticized Wednesday's withdrawal. 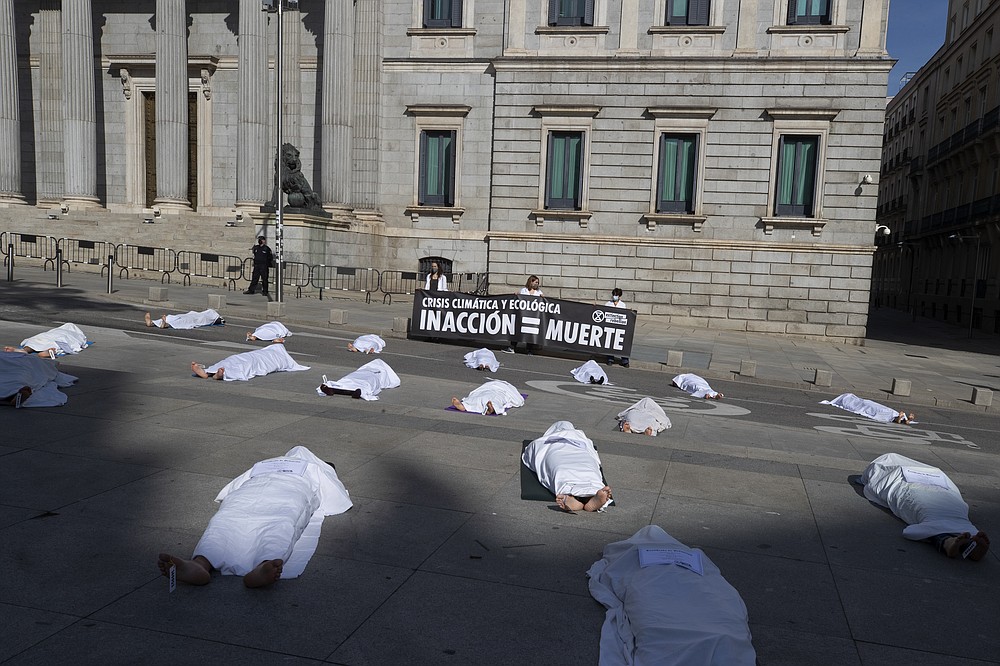 Activists from Extinction Rebellion lie down outside the Spanish parliament during a protest with symbolic corpses coinciding with All Saints' Day, also known as Day of the Dead, Madrid, Spain, Sunday, Nov. 1, 2020. The protest is to call attention to the causes of death related to the climate crisis. Banner reads ' Crisis climate and ecology. Inaction = death'. (AP Photo/Paul White) 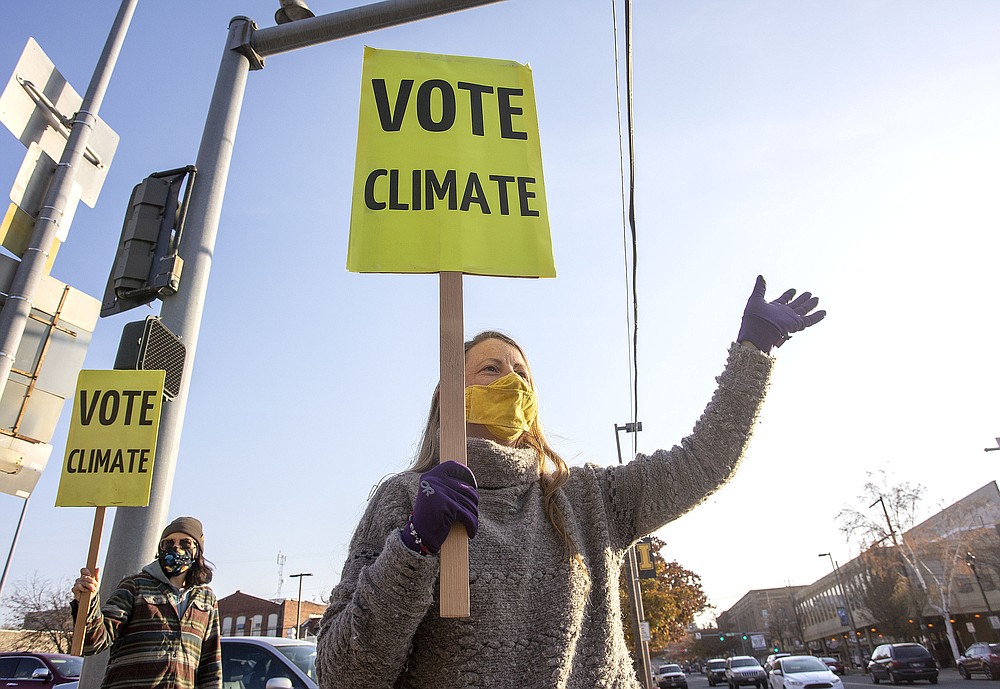 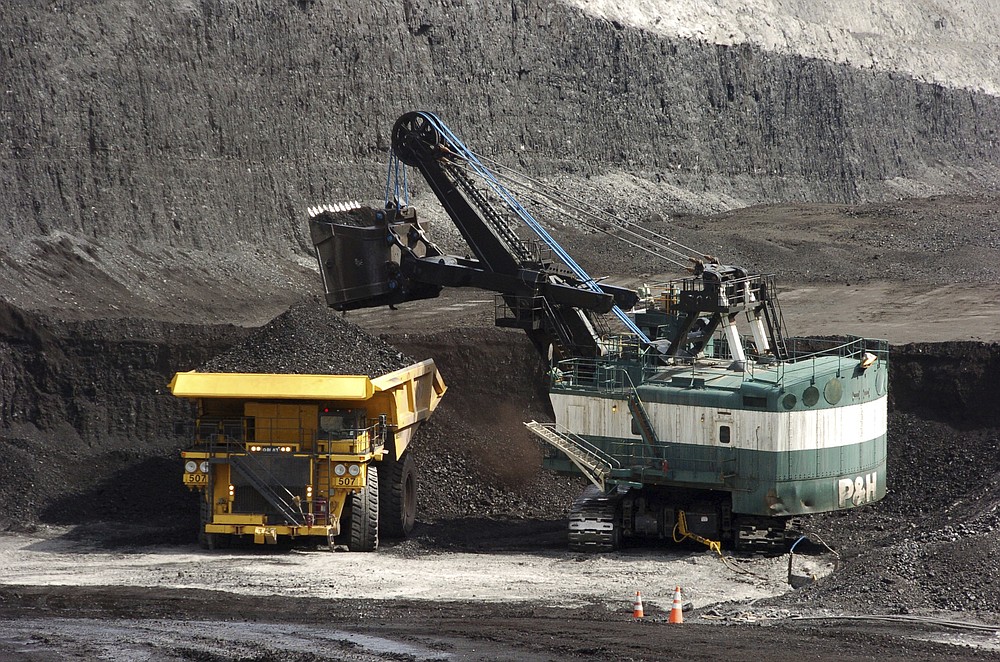 FILE - In this April 4, 2013, file photo, a mechanized shovel loads a haul truck with coal at the Spring Creek coal mine near Decker, Mont. The United States is out of the Paris climate agreement on the day after the 2020 presidential election. Experts say the outcome will determine to some degree just how hot and nasty the world will get in the future. The two presidential candidates have stark differences on fighting human-caused climate change. (AP Photo/Matthew Brown, File)
ADVERTISEMENT