Wolves get peek at uptick in defense 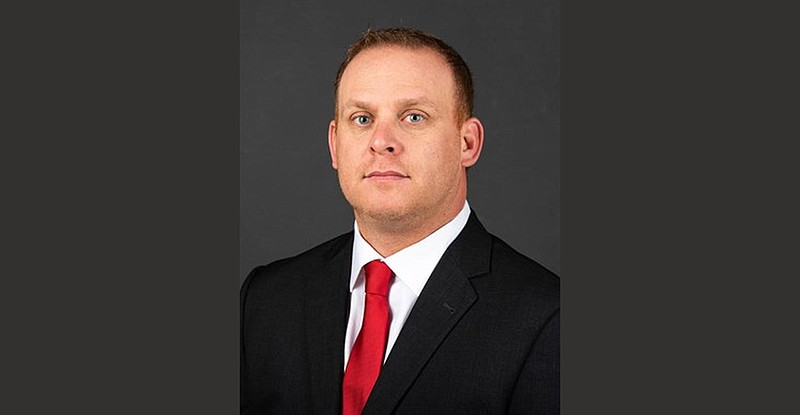 Trailing 24-3 at halftime to Troy, Arkansas State University interim defensive coordinator Nick Paremski had a simple message for his unit.

"Guys, you doing it your own way is not working," Paremski said. "So try doing it our way."

The defense came out in the third quarter and gave the Red Wolves a chance, shutting Troy out offensively in the third quarter. It wasn't enough, with Troy eventually walking away with a 38-10 win, but it was progress for a defensive unit that has struggled the majority of the season.

"We cut down on the mental errors," Paremski said. "But we didn't cut them down enough. So obviously that's the challenge moving forward is continuing to reduce them every single week until hopefully we don't have any."

Arkansas State's biggest bright spot came from senior middle linebacker Justin Rice, who led the team in tackles with 14, tackles for loss with 3 and sacks with 2.

The Fresno State transfer has been a nice addition for the Red Wolves this season, especially in their pass rush. He leads the team in sacks with six, and it's become a point of emphasis for Paremski to send Rice on blitzes multiple times a game due to his success of getting to the quarterback.

"We have to find ways to get him to the quarterback, obviously," Paremski said. "It's a balance. If they know you're bringing him every snap, there's really no element of disguise. So we try to create different ways every week that we can get him free to the quarterback or at least give him an opportunity. There were a couple times in the game Saturday where he came and two people blocked him, and it freed up somebody else to make the tackle.

"It goes back to what we've talked about and not just rushing three and having five or six guys that block three guys all the time and let the quarterback stand back there and do what he wants."

That's exactly what Troy junior quarterback Jacob Free did against ASU on Saturday, throwing for 419 yards and two touchdowns. ASU dropped eight into coverage most of the first half, and it wasn't until the third quarter that Rice started coming on blitzes.

"We knew we could get pressure on him, and we knew he was kind of antsy to get out of the pocket if he saw pressure," Rice said. "So that was kind of our game plan the second half: get a little pressure to take some pressure off our DBs. It started working toward the end."

That kind of success is something the defense can build on, Paremski said.

And Rice's recent success is something that fuels his teammates, including his counterpart, senior weakside linebacker Jeffmario Brown.

"To me, that's a good thing for us whenever we're blitzing," Brown said. "Because me and him both as linebackers, we love making plays like that, we love attacking the ball and stuff like that. That's something we enjoy. And when he makes play, I feed of his energy. And when I make a play, he feeds off my energy. And really it raises the whole team."

It won't be getting any easier for Arkansas State this weekend, having to travel to Louisiana-Lafayette, which boasts a 5-1 record and senior quarterback Levi Lewis, who was selected to the preseason Sun Belt second team. 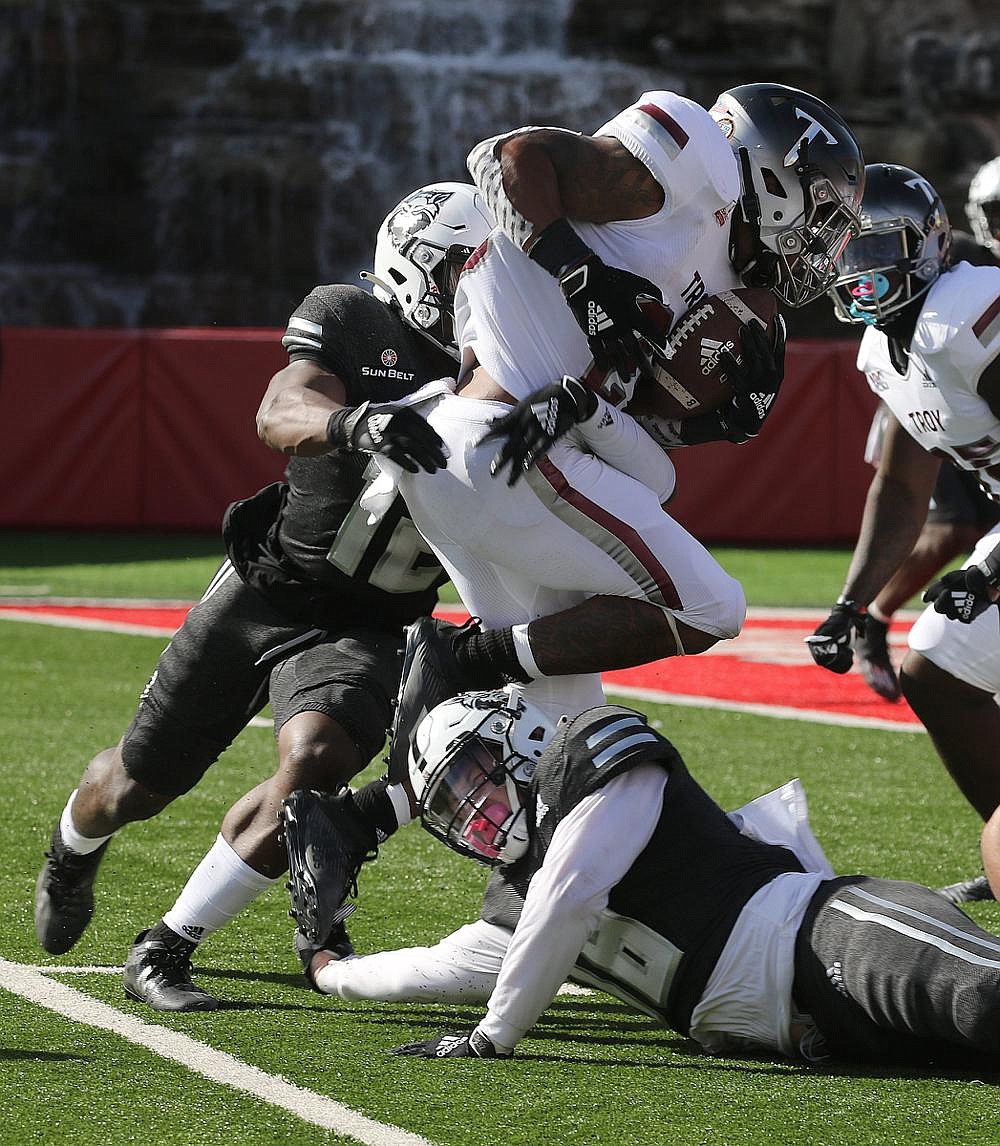 Troy running back B.J. Smith (center) is tackled for a loss by Arkansas State linebackers CJ Harris (left) and Justin Rice during the Red Wolves’ 38-10 loss Saturday. Rice, who had 14 tackles, is among players ASU is counting on to help the Red Wolves make improvements on defense. (Arkansas Democrat-Gazette/Thomas Metthe)
ADVERTISEMENT