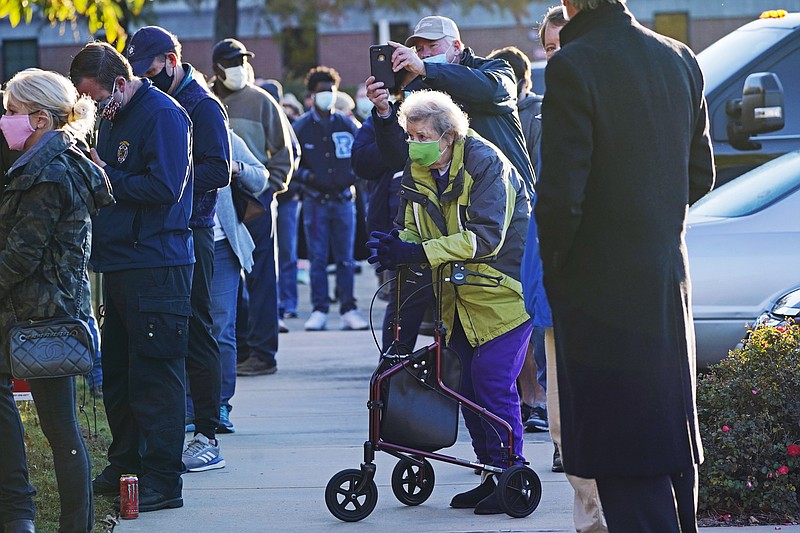 Gloria Durham, 86, arrives to vote about an hour before the polls opened as about two hundred potential voters stood behind her on Election Day in Ridgeland, Miss., precinct Tuesday, Nov. 3, 2020. (AP Photo/Rogelio V. Solis)

JACKSON, Miss. -- Two days after Mississippi voters stood in long lines at polling places, Republican Gov. Tate Reeves said Thursday that he would veto any efforts to broaden state laws to allow widespread mail-in voting or no-excuse early voting because he thinks the changes would cause "too much chaos."

"I will do everything in my power to ensure every ballot legally cast in the 2020 election in Mississippi gets counted--no matter how long it takes," Reeves wrote on Facebook and Twitter.

"But based on what I see in other states today, I will also do everything in my power to make sure universal mail-in voting and no-excuse early voting are not allowed in MS--not while I'm governor! Too much chaos," he wrote. "Only way it'd happen is if many GOP legislators override a veto!"

Reeves supports President Donald Trump, and Trump won Mississippi by a wide margin. Reeves made his comments as the Trump campaign was questioning the counting of mail-in ballots and other votes in several states, some with narrow margins between him and former Vice President Joe Biden.

Absentee voting is available to Mississippi residents 65 and older, and to voters who are permanently disabled or will be out of their home county on Election Day. People who have to work on Election Day also can vote absentee.

During the coronavirus pandemic and a presidential race that generated high interest, Mississippi residents requested more than twice as many absentee ballots this year compared with 2016.

Voting-rights activists sued the state to try to expand early voting for people with health conditions that might make them more vulnerable to the coronavirus. The Mississippi Supreme Court ruled against them Sept. 18.

Bills to allow early voting passed the Mississippi House with bipartisan support in 2016 and 2017 but were killed by a state Senate committee led by Republicans, who have controlled both legislative chambers for nearly a decade.

Some Democratic lawmakers sought to expand absentee voting this year using the virus as their reason, but those efforts went nowhere. 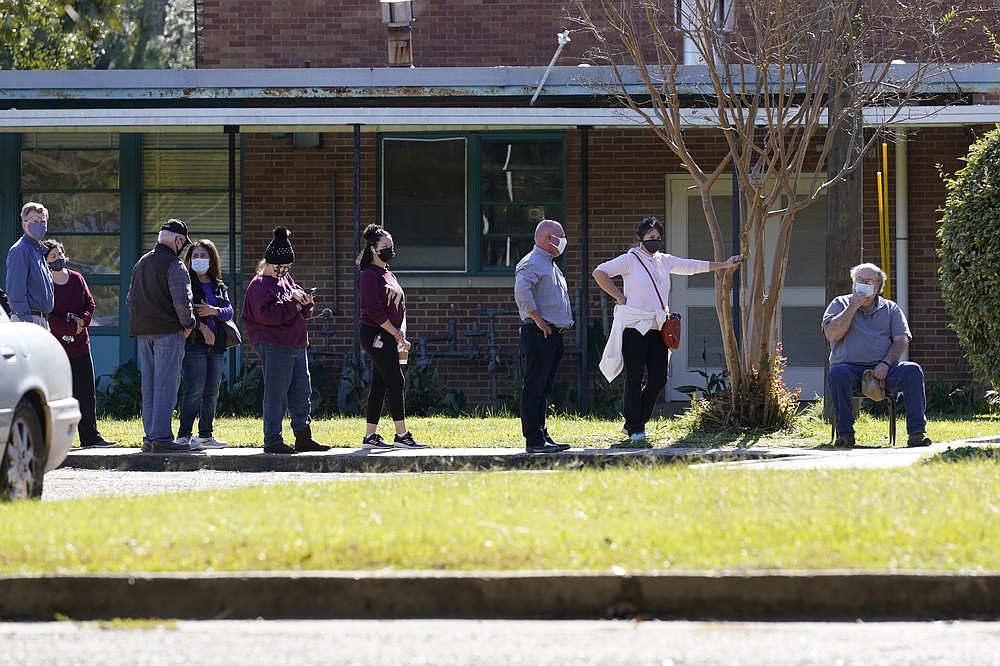 Voters take advantage of an awning to provide them shade while they wait to cast their ballot at Precinct 45 in Jackson, Miss., Tuesday, Nov. 3, 2020. (AP Photo/Rogelio V. Solis) 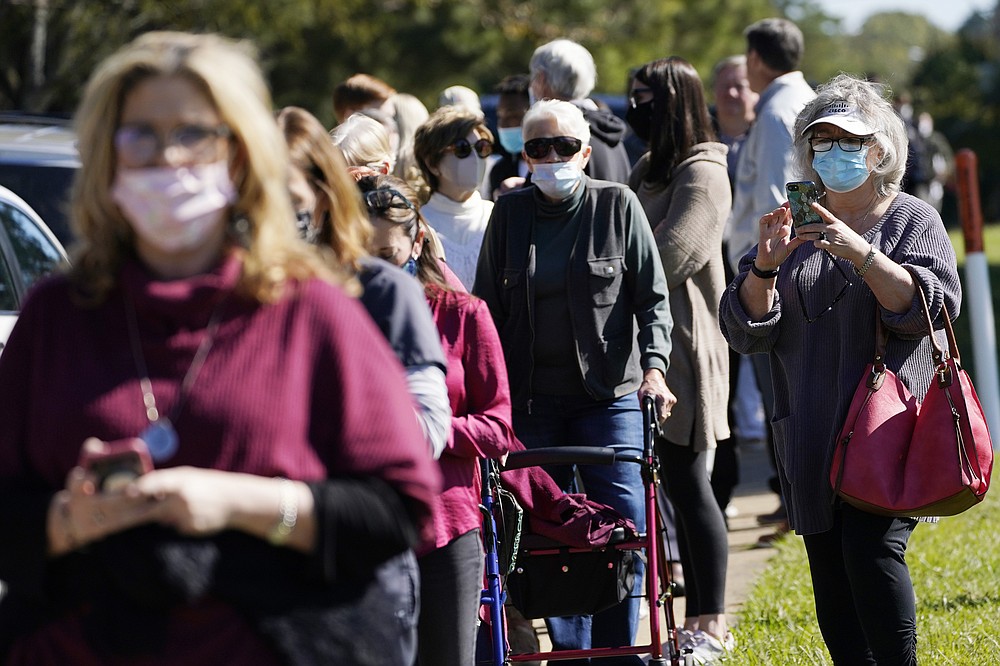 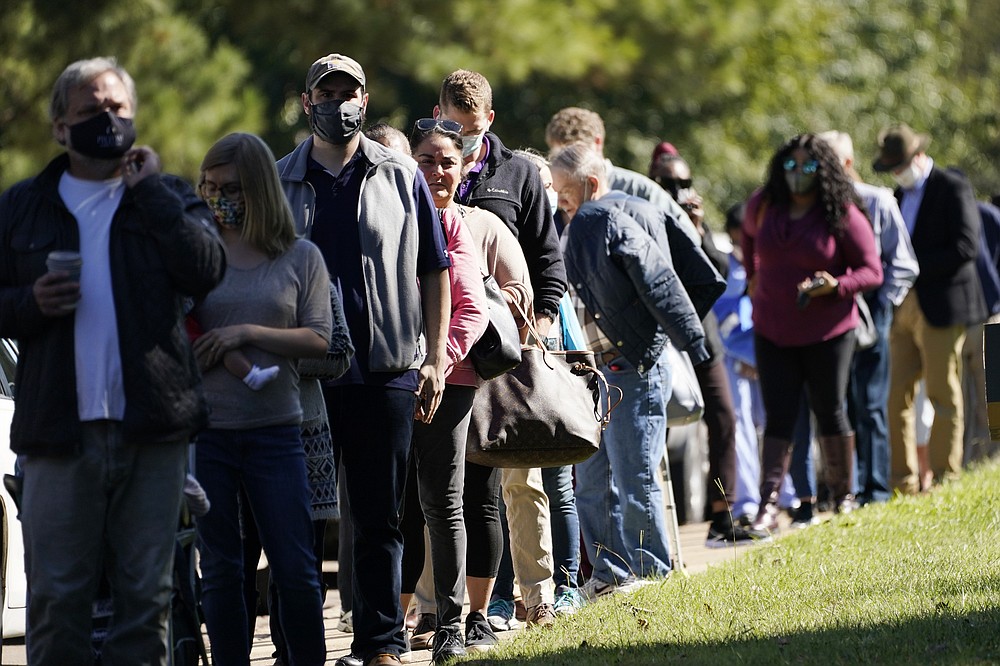 Voters brave a bright sun as they wait to cast their ballots at Precinct 45 in Jackson, Miss., Tuesday, Nov. 3, 2020. Some voters complained of slow moving lines after waiting for a couple of hours before casting their ballot. (AP Photo/Rogelio V. Solis) 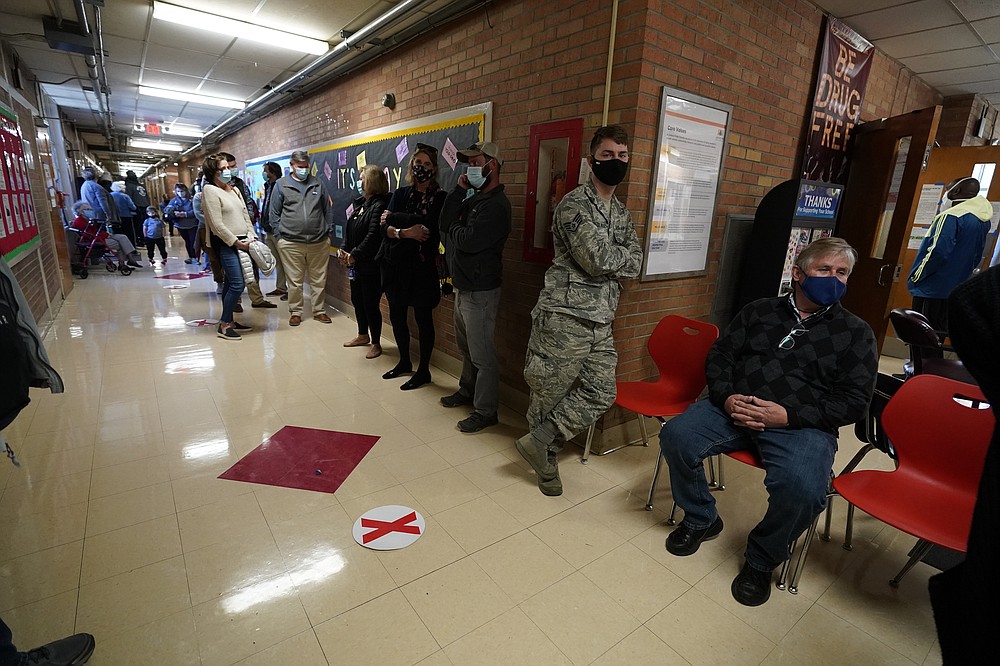 After standing outdoors in line for a couple of hours as they waited their turn to vote, these voters finally made it indoors to the entrance of Precinct 45 where they would cast their votes on Election Day in Jackson, Miss., Tuesday, Nov. 3, 2020. (AP Photo/Rogelio V. Solis) 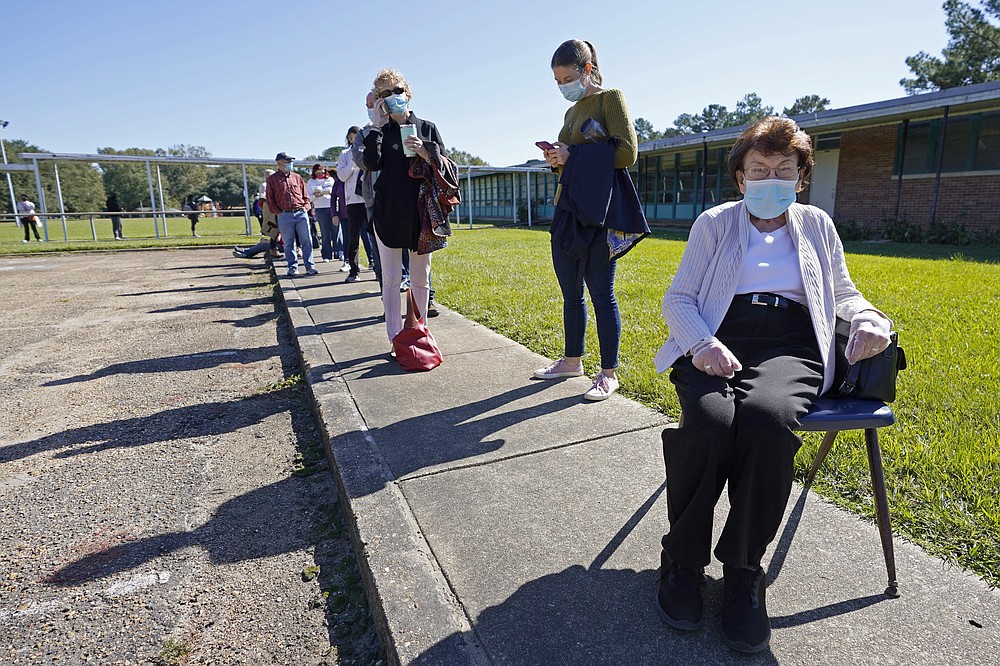 Nancy Cross admitted to feeling guilty to "borrowing" a chair from the student pick up line outside McLeod Elementary School as she waited in line to vote for over two hours to cast her ballot in the general election in Jackson, Miss., Tuesday, Nov. 3, 2020. (AP Photo/Rogelio V. Solis) 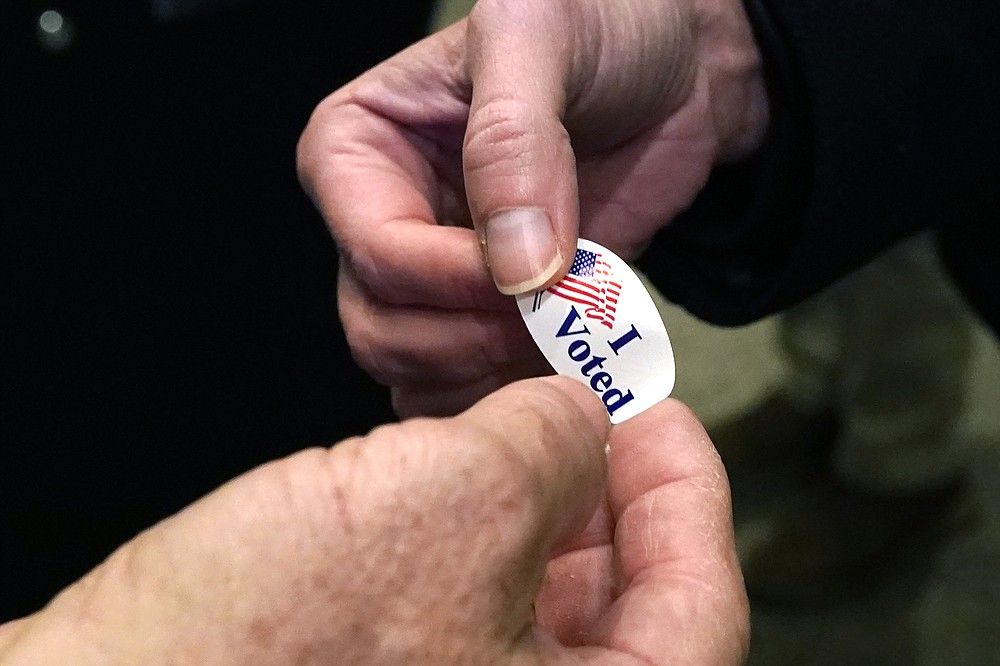 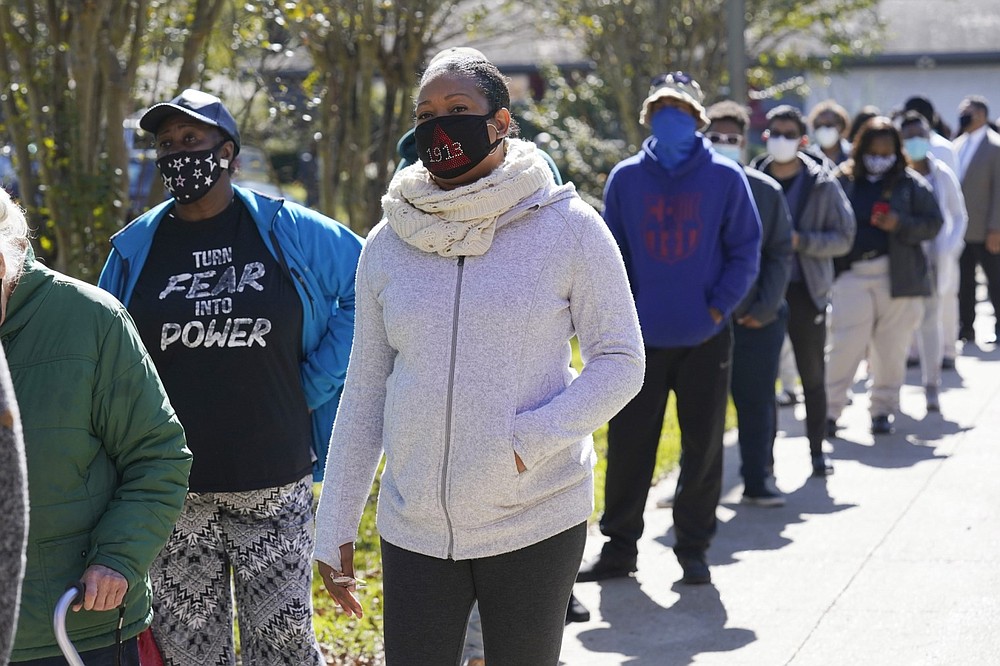 Voters stand in line at Precinct 36 as they wait to vote in the general election in Jackson, Miss., on Tuesday, Nov. 3, 2020. (AP Photo/Rogelio V. Solis)
ADVERTISEMENT