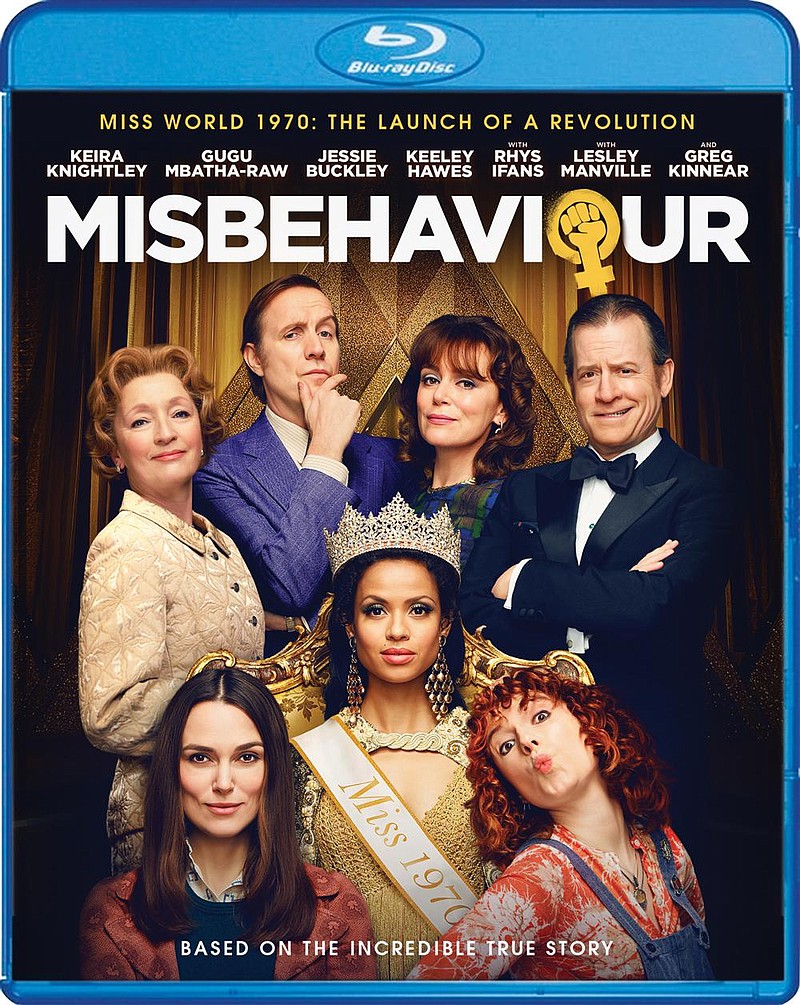 The reason films, especially comedies, follow formulas is because they work.

That's the case with the smartly cast farce "Misbehaviour," in which a group of saucy and empowered feminists (including mothers and daughters), tired of conforming to society's image of beauty, scheme to disrupt the sexist 1970 Miss World beauty competition in London.

And it shows. A weary-looking Bruce Willis collects a paycheck (we hope) by spending most of his screen time as a billionaire blasting pricey automatic weaponry at terrorists who have kidnapped his daughter. With Jesse Metcalfe, Natalie Eva Marie, Jon Galanis, Lala Kent; directed by Matt Eskandari.

"Antebellum" (R, 1 hour, 45 minutes) A horror movie that, despite an impressive amount of work by the casting director, succeeds only at disappointing its audience because it's distressingly violent without being scary in its efforts to inflict abuse on Black characters at the mercy of white racists. With Janelle Monáe, Jena Malone, Jack Huston, Gabourey Sidibe; written and directed by Gerard Bush and Christopher Renz.

"The Argument" (not rated, 1 hour, 21 minutes) The premise is promising: A couple gets into an argument at their cocktail party that escalates until it's clear that the party's over. So they and their guests decide to stage the evening again, and again, in a fight to the finish to figure out who's right and who's wrong.

It takes a while to get where it's going, but patience pays off. With Maggie Q, Danny Pudi, Dan Folger, Cleopatra Coleman, Emma Bell; directed by Robert Schwartzman.

"I Am Woman" (not rated, 1 hour, 56 minutes) An unremarkable step-by-step narrative biography of the late Helen Reddy, who left her native Australia for New York in 1966 to pursue a music career, where she isn't taking seriously. Until she is. With Evan Peters, Tilda Cobham-Hervey, Danielle Macdonald; directed by Unjoo Moon.

"Blackbird" (R, 1 hour, 37 minutes) A game attempt to take on a complicated relationship gets stalled by too many plot contrivances in this drama about what's meant to be a sad, sweetly sentimental holiday weekend of goodbyes by terminally-ill Lily (Susan Sarandon), who plans to end her struggle with ALS, that turns into turmoil when long-buried issues flare between her and her daughter Anna (Mia Wasikowska). With Rainn Wilson, Kate Winslet, Sam Neil; directed by Roger Michell.

"A Regular Woman" (Not rated, 1 hour, 30 minutes) Based on the "honor killing" of Hatun Aynur Surucu in 2005, Sherry Hormann's chilling drama revolves around a free-spirited young woman living with an ultra-conservative Turkish Muslim family in Berlin. After escaping a forced marriage in Turkey with her abusive cousin, Aynur (Almila Bagriacik) embraces a westernized lifestyle, which leads to her harassment -- with German authorities powerless to do anything until a physical act of harm takes place. With Özgür Karadeniz, Jacob Matschenz, Meral Perin, Mürtüz Yolcu.

"Ryuichi Sakamoto: Coda" (Not rated, 1 hour, 40 minutes) Stephen Schible's documentary biography of the great film composer is not only an interesting portrait of an artist but a sensitive and engrossing exploration of the act of creation itself.

"That Good Night" (Not rated, 1 hour, 32 minutes) John Hurt's final film (he died six months after it wrapped in 2017) sounds like it has certain poignant possibilities -- a frail and dying Hurt plays a frail and dying writer -- though he's excellent and supplies the role with a certain ironic fierceness.

But, performances aside, Eric Styles' creaky, sentimental film is mainly of morbid interest.

Hurt does well here, but this is not what we should remember him by. With Sofia Helin, Max Brown, Charles Dance.