OPINION | REVIEW: Discomfiting ‘Kindred’ plays with the politics of sex, class and race 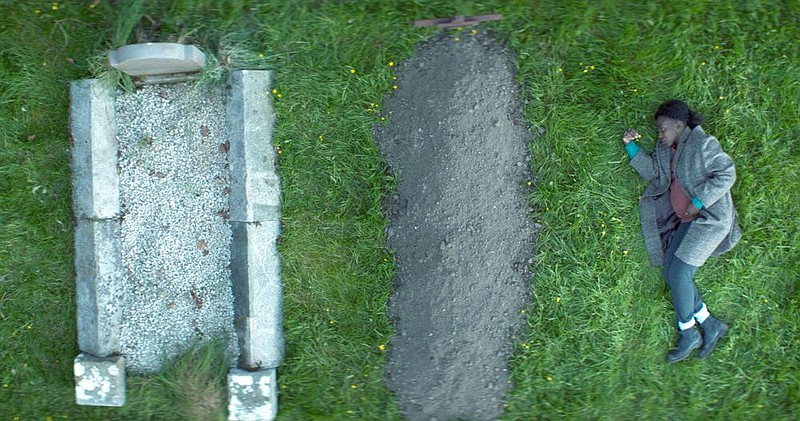 Charlotte (Tamara Lawrance) is trapped on her boyfriend’s shabby, genteel family estate after he’s killed in a horrific accident in “Kindred.”

Octavia Butler had a problem with second-rate science fiction.

When she was a kid she watched "Devil Girl from Mars," a 1954 film made by Scottish director David McDonald that even now has some currency as a so-bad-it's-good cult item. She didn't enjoy the flat acting or the ludicrous story. In fact, she determined that if someone got paid for that script, she could make a living writing.

Within a year she was submitting stories to magazines. "Devil Girl From Mars" impelled a Black child from Pasadena, Calif., the daughter of a housemaid and a shoeshine man, to become one of the most interesting American writers of her time.

In 1979, she produced "Kindred," a genre-bending speculative fiction about a 20th-century Black woman who, with her white husband, somehow slips back in time to antebellum Maryland.

Butler re-imagined the traditional slave narrative with a deeply unsettling and challenging work. "Kindred" is less commercial science fiction -- Butler preferred to call it "fantasy" because she never offered a scientific explanation for how the time travel worked -- than it is a literary novel of ideas.

I was excited when I read that "Kindred" was being made into a movie, and intrigued that it is being distributed by IFC Midnight, posited as a horror movie. Maybe, I thought, this could be an interesting take.

Then I watched it and realized that the writer who had characterized it as an adaptation of Butler's novel was mistaken. Joe Marcantonio's movie is more like a mash-up of Jordan Peele's "Get Out" and "Rosemary's Baby," though I could see how someone who hadn't seen the movie or read Butler's book could get confused. Both versions of "Kindred" have as the protagonist a Black woman with a white partner. And while both to some degree concern themselves with issues of slavery and servitude, they're not the same story.

Yet despite the initial disappointment, the "Kindred" that's delivered is a modestly effective piece of low-key psychological horror. Set in Scotland, it revolves around Charlotte (Tamara Lawrance) a young woman planning on moving to Australia with her veterinarian boyfriend Ben (Edward Holcroft), the scion of a down-slipping aristocratic family led by his prepossessing mother Margaret (Fiona Shaw, most recently seen in "Killing Eve"). Margaret is against the move, determined to guilt Ben into staying out of duty to the family.

When Charlotte unexpectedly turns up pregnant, Margaret is even more vehemently opposed. Still, the couple insists on going.

Then Ben is killed in a horrific accident; and Charlotte is so traumatized (her mother suffered perinatal psychosis, which contributes to Charlotte's doubts about having her own child) that she forfeits any agency to Margaret and creepy family physician Dr. Richards (Anton Lesser).

She basically becomes a prisoner in the shabby-genteel family mansion, unwillingly carrying her child to term in a strange and foreign place where she's constantly gaslighted by Margaret and her obsequious stepson Thomas (Jack Lowden).

The racial dynamics and the freighted plot -- a young woman forced to have a baby she's not sure she wants -- are B-movie blatant, and the film really runs out of things to say about two-thirds of the way through. But a visual stylishness (supplied by cinematographer Carlos Catalán) and skilled performances keep the film from sinking into schlock.

Lawrance effectively conveys Charlotte's disorientation and bafflement as she's forbidden to leave for "the good of the baby," while Shaw never allows her Margaret to tip over into outright monstrousness. And, as nervous tittering Thomas, who means to be Charlotte's ally and maybe more, Lowden has a very good time indeed.

All of the production values are of professional standard, and the score by Natalie Holt and Jack Halama is appropriately discomfiting. (The film score also uses Debussy's "Clair de Lune" and Bach's "Cello Suite No. 1 in G Major" to ironic effect.)

But in the end, this "Kindred" feels more measured and less potent than it might have. It's not "Devil Girl from Mars," but it's not Octavia Butler either. 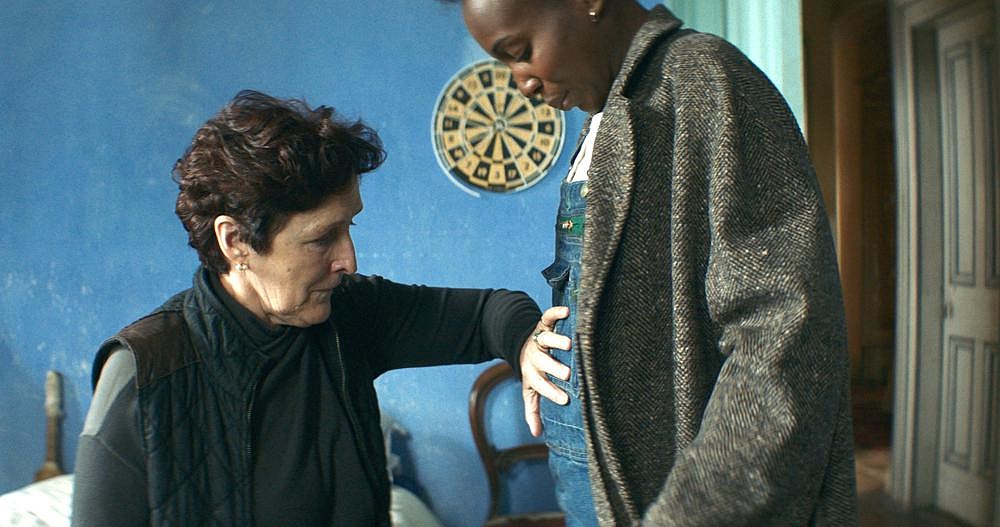 Margaret (Fiona Shaw) is determined to keep Charlotte (Tamara Lawrance), who is carrying her grandchild, under her roof for the duration of her pregnancy in “Kindred.”

Margaret (Fiona Shaw) and her stepson Thomas (Jack Lowden) seek to manipulate the pregnant Charlotte (Tamara Lawrance) in “Kindred,” a psychological horror film with a lot of subtext.
ADVERTISEMENT