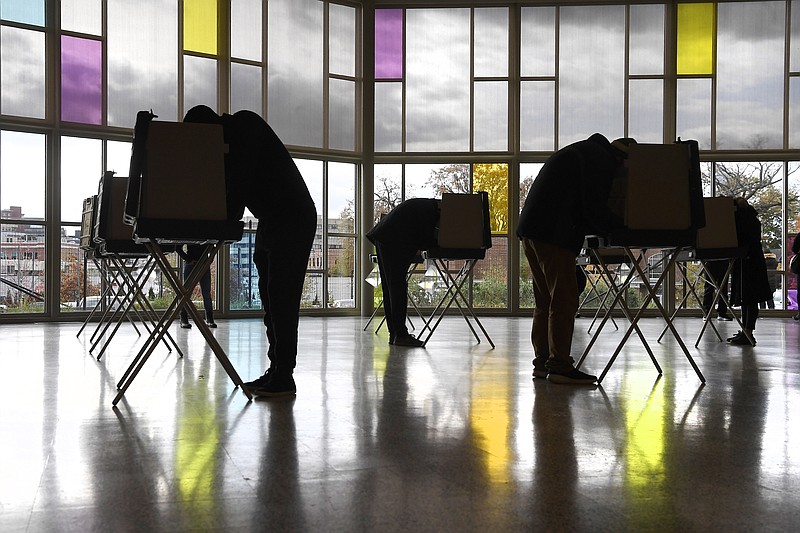 WASHINGTON -- President Donald Trump won support from about 8 in 10 white evangelical Christian voters in his race for reelection, but Catholic voters split almost evenly between him and former Vice President Joe Biden, according to AP VoteCast.

AP VoteCast showed 50% of Catholics backing Trump and 49% favoring Biden, reflecting the faith's long-standing role as a closely contested vote in presidential elections -- particularly in Rust Belt battleground states such as Michigan and Wisconsin. Trump won both of those states by less than 1 percentage point in 2016, but Biden prevailed in both this year.

The survey of more than 110,000 voters nationwide was conducted for The Associated Press by NORC at the University of Chicago.

Ahead of the election, the rival campaigns targeted Catholics with fervent appeals to vote based on their faith. Trump supporters said faithful Catholics should not vote for Biden because of his support for abortion rights, while Biden backers said Trump is too divisive and has failed to elevate social justice issues that are part of Catholic teaching.

Michael Wear, a past faith adviser to former President Barack Obama, said he saw signs that the Biden campaign's focused outreach to religious voters -- which included multiple ads invoking the former vice president's Catholicism -- had paid off. Biden would be just the second Catholic president after John F. Kennedy.

"Biden's political approach has been vindicated in these results," said Wear, who helped lead a bipartisan super PAC this fall that aimed to undercut Trump's Christian support. "He ran because he believed he would not lose the Rust Belt, when the nominee in 2016 did."

Michael New, an abortion opponent who teaches social research at Catholic University of America, said Trump's opposition to abortion likely attracted some Catholic voters even if they disagreed with him on other issues.

This year, Catholic voters accounted for 22% of the electorate, and there was a sharp rift within their ranks by race and ethnicity.

"The election results show that the Catholic Church is as divided as our nation, but the real divide is race and ethnicity, not theology," said David Gibson, director of Fordham University's Center on Religion and Culture.

He said the gap between the white Catholic vote for Trump and the Latino vote for Biden poses a challenge for church leaders, especially if the Republican Party continues to woo white voters with anti-immigrant rhetoric.

"If the Republican Party continues to try to amplify calls to white grievance and fear of immigrants in order to rally the white Catholic vote, that could create further problems for the Catholic Church itself as it seeks unity," Gibson said via email.

Catholics weren't the only religious group vocally courted by the Biden campaign, which also sought to cut into Trump's advantage with certain segments of the white evangelical electorate. Yet the president's commanding performance with that bloc raises questions about whether future Democratic campaigns would make similar efforts.

Ryan Burge, a political scientist at Eastern Illinois University who focuses on religious voting patterns, said white evangelicals "are as red as red can get" and suggested that future Democratic hopefuls pay more attention to white Catholics and Hispanic evangelicals.

"There's no way to peel anybody off because there's no wedge there" among white evangelicals who favor the Republican agenda, Burge said.

Among voters with no religious affiliation, Biden took 72% while Trump took 26%. And VoteCast found several other religious voting blocs going overwhelmingly for Biden, largely in line with their previous preference for Democrats.

Jewish voters made up 3% of the electorate and went overwhelmingly for Biden, with 68% backing the Democrat compared with 31% backing Trump. Among Muslim voters, 64% supported Biden and 35% supported Trump. In a 2017 survey from Pew Research Center, about two-thirds of U.S. Muslims identified as Democrat or leaned to the Democrat Party.

One bright spot for Trump among religious voters was his performance among The Church of Jesus Christ of Latter-day Saints members. In 2016, Trump won the state of Utah -- with its sizable population of church members -- with less than 50% support as third-party candidate Evan McMullin, a church member himself, won more than 20% of the vote.

This year, Trump got the backing of 71% of Latter-day Saints nationwide, while 24% supported Biden.

Information for this article was contributed by Hannah Fingerhut of The Associated Press. AP VoteCast is a survey of the American electorate conducted by NORC at the University of Chicago for Fox News, NPR, PBS NewsHour, Univision News, USA Today Network, The Wall Street Journal and The Associated Press. The survey of 110,485 voters was conducted for eight days, concluding as polls closed. Interviews were conducted in English and Spanish. The survey combines a random sample of registered voters drawn from state voter files; self-identified registered voters using NORC's probability-based AmeriSpeak panel, which is designed to be representative of the U.S. population; and self-identified registered voters selected from nonprobability online panels. The margin of sampling error for voters is estimated to be plus or minus 0.4 percentage points. 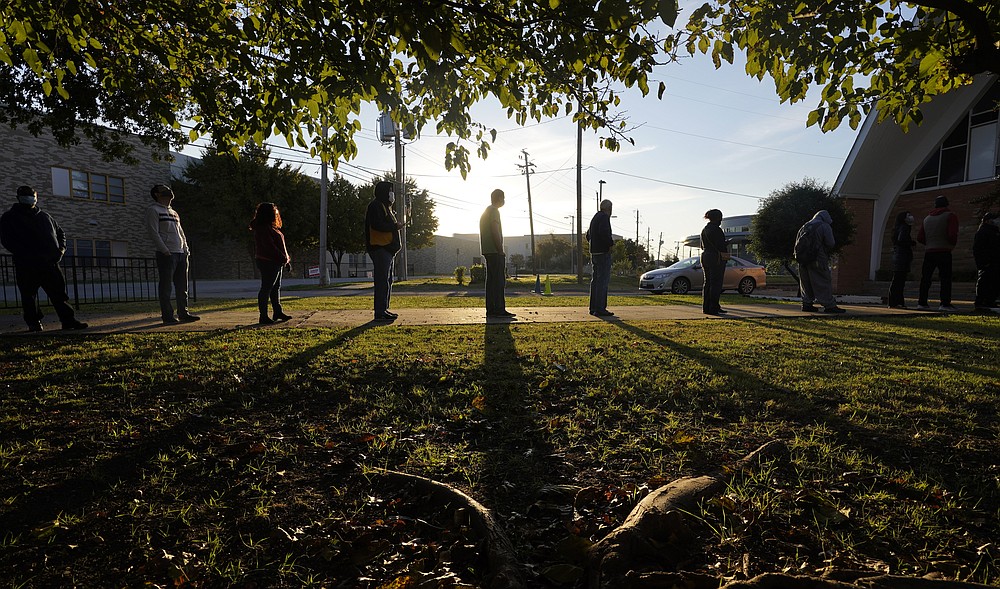 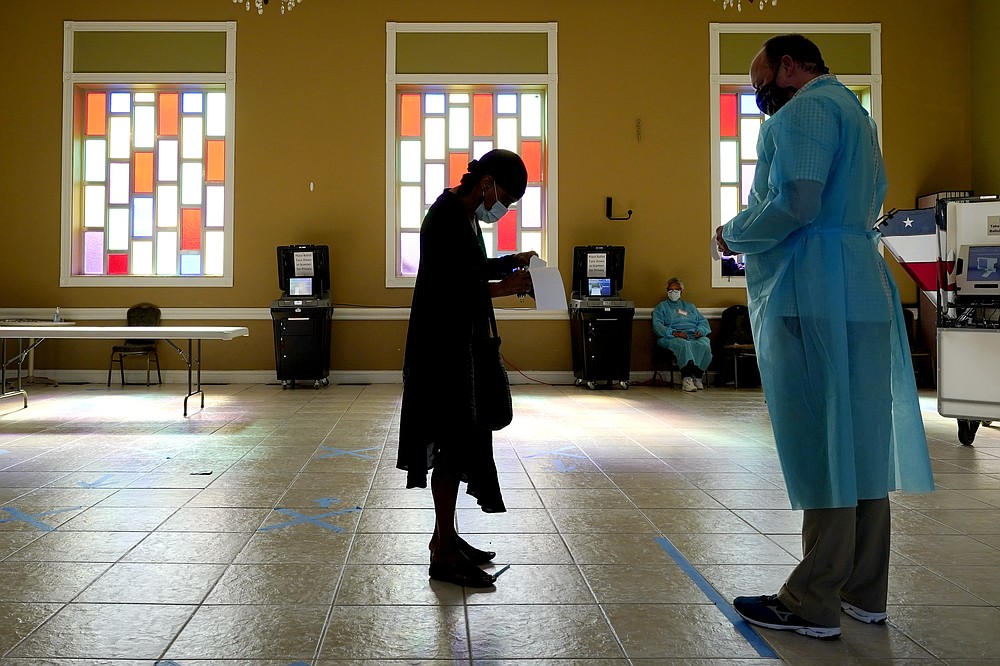 A woman waits to vote at the Cathedral of Praise church on Election Day Tuesday, Nov. 3, 2020, in Nashville, Tenn. (AP Photo/Mark Humphrey)
ADVERTISEMENT