IN THE GARDEN: Lantana seeds need to mature before storage 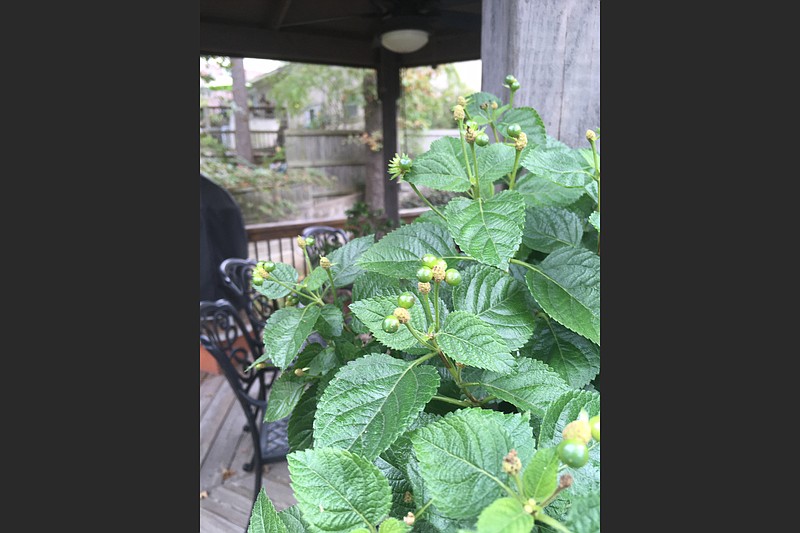 Lantana seedheads must ripen before they're picked or they won't germinate. (Special to the Democrat-Gazette)

Q I finally stopped removing the spent flowers on this lantana allowing it to bear seeds. Do I need to let them ripen on the stalks, or can I remove now to get viable seeds?

A Mature lantana seeds often turn a bluish-black when fully ripe. If they are immature, they will not be viable. You can put a small bag around the seed heads to capture them and let them ripen before storage. Be aware that they need warm soil before they germinate, so they will be a bit slow to get growing next season. You might consider starting them in advance indoors.

Q Is it too late to apply pre-emergent to my St. Augustine lawn? I applied a weed-and-feed in mid-September but the weeds keep growing.

A It is a bit late for a pre-emergent herbicide for winter weeds, but are the weeds you see growing summer or winter weeds? The warm-season weeds should be dying out now with colder weather, while the cool-season weeds are starting to grow. If you do have young cool-season weeds, you could use a post-emergent spray on a mild day this winter — usually something like Ortho Weed-B-Gon or a broadleaf weed killer for Southern lawns. Make sure St. Augustine is on the label as approved for application, since it can be sensitive to herbicides.

Q I am writing to ask a question about my ornamental sweet potato vines that I grew this year. When I was cleaning up the garden this week, I found several sweet potatoes. They had reddish skin like a real sweet potato. The question is are these edible?

A The ornamental sweet potatoes were discovered in a breeding program for an edible variety. While they are edible, the quality and production levels were not good for the fresh market, so they marketed them as an ornamental. Eating them won't hurt you, but they will not be the quality you would expect from an edible sweet potato. Instead, you could save the sweet potatoes to start new plants for next spring. Some breed true — keeping the bright green or black foliage, depending on variety, while others revert to the old green. It is worth trying.

Q Could you please help me care for my chrysanthemums? Situation 1 — last fall: I planted them in my flower beds. They were already blooming. I deadheaded them as they bloomed. Last winter: I didn't do anything to them. This spring: I cut them back a bit, cleaned them up. They grew well. When they started to form buds, I cut off the buds so they wouldn't bloom too early. This summer: I just watered them and let them do their thing. In late summer I used Miracle-Gro on them. This fall: They bloomed beautifully. Once we have a real frost and continued cold weather, they will turn into ugly brown bunches of yuckiness. What do I do then? This winter: What do I do with them over the winter? Situation 2 — I have several potted mums on the porch as a fall decoration. Eventually, I'd like to plant them in my flower beds. When should I do that? I was hoping they'd stay on the porch until Thanksgiving, but will it be too late to put them in the garden then? If so, how do I care for them as potted plants throughout the winter? 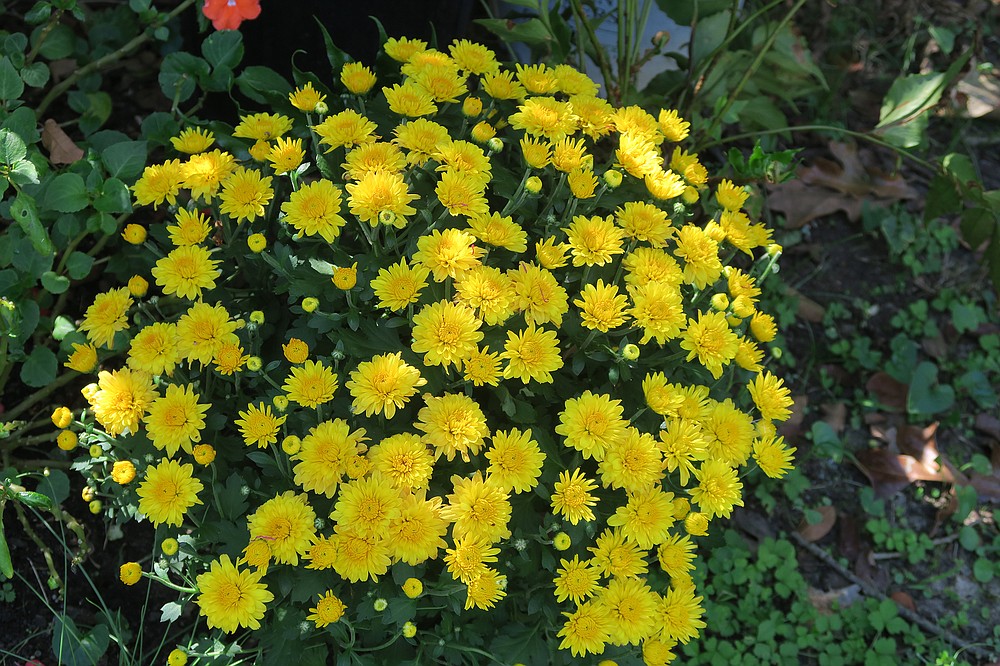 Chrysanthemums are perennials in Arkansas, but they require tending year-round to repeat the first show. (Special to the Democrat-Gazette/Janet B. Carson)

A Chrysanthemums are perennial flowers for us in Arkansas. Even planting after Thanksgiving, I would expect them to overwinter and come back. They die back to the soil line after a frost, so cutting them back and adding a bit of mulch should help them come back. I personally find the annual maintenance of chrysanthemums more than I am willing to do, so I treat them as annuals and buy new plants each year. I think they take up too much space in the garden and require more labor to keep them showy than I want to do. That being said, many gardeners do grow them as perennials. Divide them every two or three years, in the spring. If they set flower buds early, I would enjoy the early blooms and then cut them back. Keeping them pinched until mid-July gives you a fuller, more mounded plant with better blooms. Once we have a killing frost, cut back all plants, mulch and wait for new growth next spring.