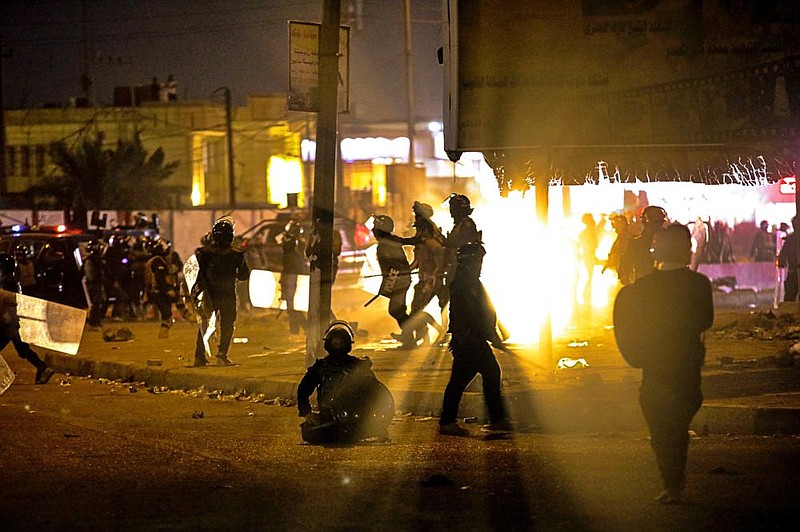 BASRA, Iraq -- Iraqi security forces opened fire during clashes Friday with hundreds of protesters in the southern city of Basra, killing one demonstrator and wounding several others as tensions flared once again, hospital officials said.

The clashes broke out after some of the protesters tried to set up tents in a public square, a week after similar, previously erected protest tents in Basra and Baghdad had been removed.

Dozens of young Iraqis were seen running away in panic after the shots were fired in Basra. The slain protester was identified as Omar al-Thiabi, a 29-year-old unemployed man.

Last Saturday, Iraqi forces cleared out sit-in tents from Baghdad's central Tahrir Square that had been the epicenter of anti-government mass protests last year. They also removed tents in Basra's Bahriya Square and in other southern cities that have had major protests throughout the past year.

The removal of the tents has led to tensions and protesters in Basra have been trying to erect them again, holding demonstrations for the past three days. They also are demanding the sacking of the governor and an investigation into previous killings of protesters.

BRUSSELS -- The European Union imposed sanctions Friday on the president of Belarus and 14 other officials over their roles in the security crackdown during protests of the August presidential election.

EU headquarters said in a statement that Belarusian President Alexander Lukashenko was put on the sanctions list along with his son and national security adviser, Viktor Lukashenko. The sanctions ban listed individuals from traveling within the European Union and a freeze on their assets. EU citizens and companies also are forbidden from providing them with funds.

Protests have rocked Belarus ever since the Aug. 9 election, and more than 15,000 people have been arrested. The official results returned Lukashenko to power with 80% of the vote and were widely seen as rigged, including by the EU. About 200 disabled people rallied Thursday in the capital, Minsk.

The addition of Lukashenko and his associates means that 59 Belarusian officials are subject to the EU sanctions.

LONDON -- British Prime Minister Boris Johnson and European Commission President Ursula von der Leyen are set to speak by telephone today to assess the state of post-Brexit trade talks between the U.K. and the European Union.

A spokesman at Johnson's Downing Street office said Friday that the prime minister's conversation with the leader of the EU's executive arm would allow the two to "take stock" of the negotiations less than two months before a transition period designed to smooth Britain's departure from the EU ends.

Though the U.K. left the EU on Jan. 31, it remains within the bloc's tariff-free single market and customs union until the end of this year.

A trade deal would ensure there are no tariffs and quotas on trade in goods between the two sides, but there would still be technical costs, partly associated with customs checks and nontariff barriers on services.

Johnson said he hoped a deal could be concluded in the next seven to 10 days.

The two sides are far apart on key issues, such as fishing rights and business regulations.

THE HAGUE, Netherlands -- Dutch Prime Minister Mark Rutte said Friday that threats that forced a teacher in the port city of Rotterdam to go into hiding after some students objected to a political cartoon displayed in his classroom must not be tolerated.

Rutte spoke hours after Rotterdam police said they had arrested an 18-year-old woman over the posting of a message on social media that "incited others to commit crimes" directed at the school and teacher.

"The fact that at this moment teachers are being threatened because they paid attention in their lessons to the discussion around cartoons is absurd and we must not tolerate it," Rutte said.

Dutch lawmakers have reacted angrily to reports that the teacher, who has not been publicly identified, came under threat because of a cartoon that reportedly had been on display for five years in his classroom at Emmauscollege in Rotterdam.

Police tweeted Tuesday that the teacher had been threatened and that they were treating the case "extremely seriously." Police did not elaborate on the nature of the threats.

The threat was posted weeks after French teacher Samuel Paty was beheaded Oct. 16 outside his school in a Paris suburb by a young refugee of Chechen origin for showing the caricatures in a civics class.

The cartoon, titled "Immortal" was drawn in the aftermath of the deadly 2015 attack on the offices of the French satirical weekly newspaper. The cartoonist, Joep Bertrams, told Dutch daily Trouw this week that it is not a depiction of Islam's Prophet Muhammad. The drawing won a Dutch prize as the best political cartoon of the year in 2015. 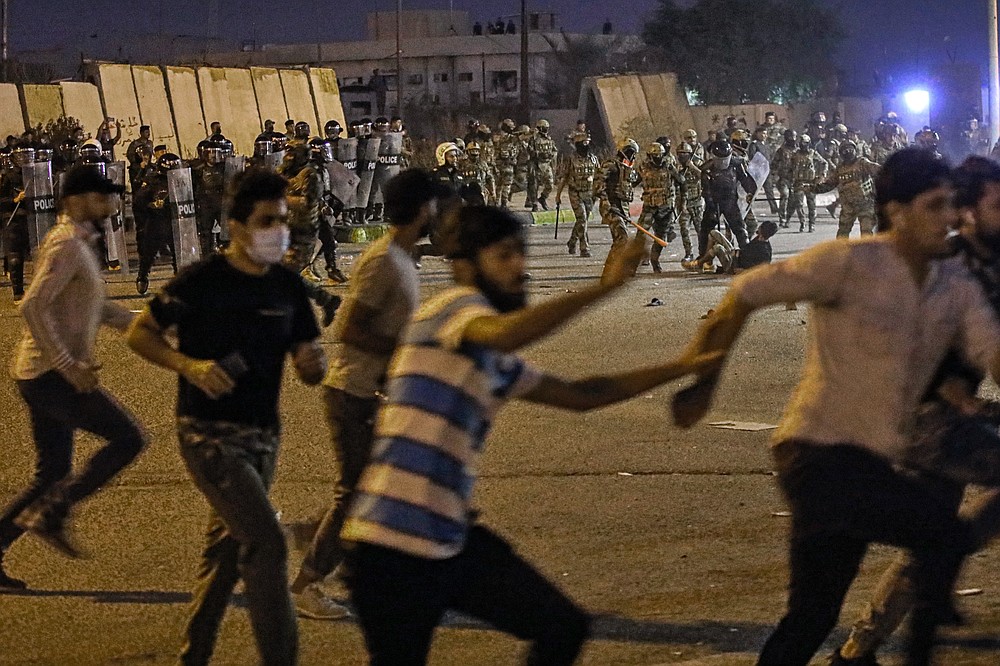 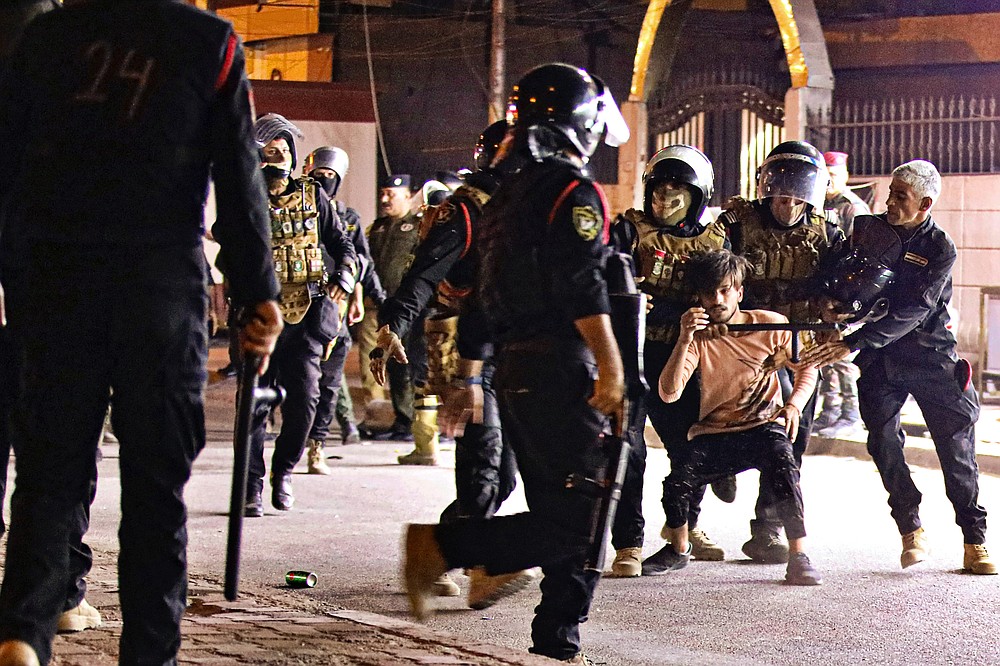 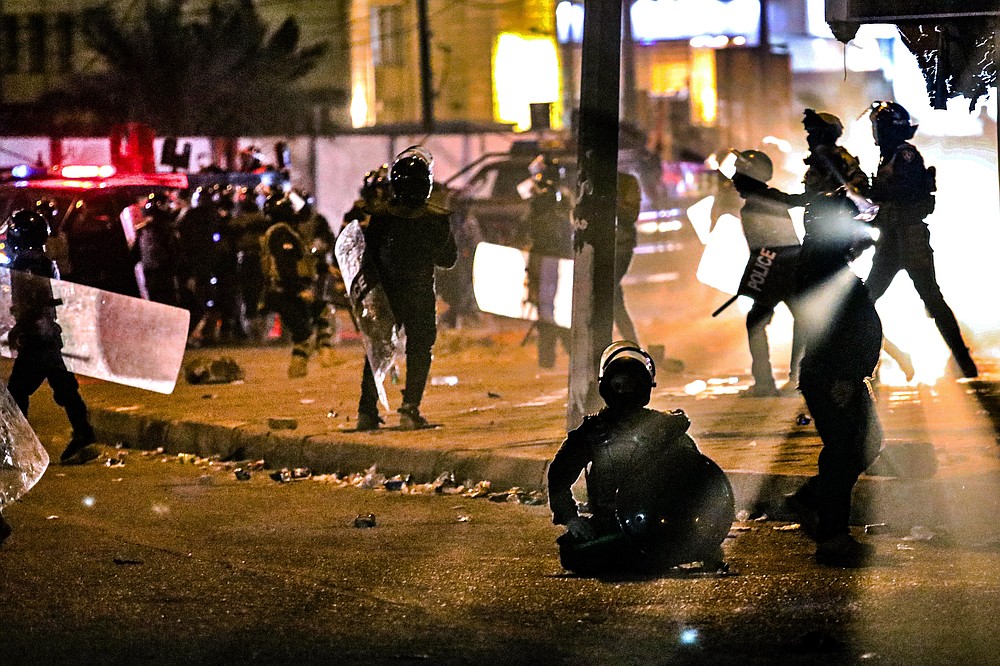