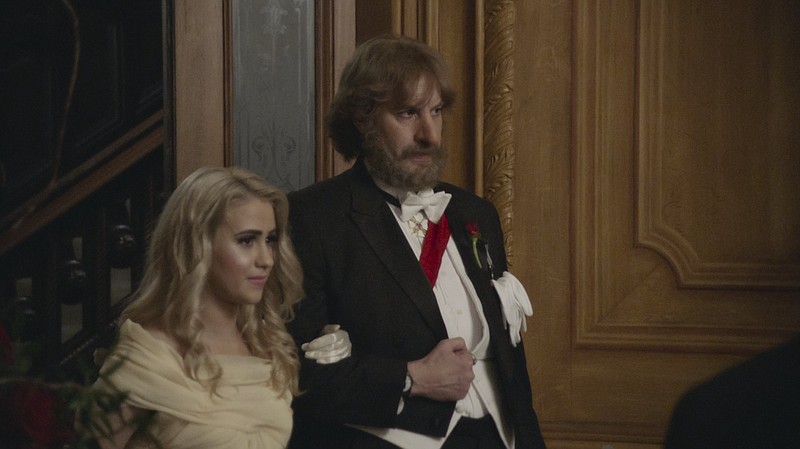 Is it possible to cheat an honest man?

Of course. One can be honest and gullible. Being a decent person sometimes requires making oneself vulnerable to abuse by the unscrupulous. Sometimes we might even suspend our disbelief, to extend the benefit of the doubt to someone we are 90% certain is attempting to take advantage of us. Think Jussie Smollett.

"You can't cheat an honest man," is something that cheaters say, a kind of victim-blaming. Or a kind of virtue signaling, for if the adage is true, then the cheater becomes a moral X-ray, exposing the phoniness and hypocrisy of the cheated. The liar becomes a hero or at least a muckraker.

The hidden camera catches people in the act of being themselves, Allen Funt, the genial host of "Candid Camera" claimed, which is like the scientific principle that the act of observing affects the phenomenon being observed. Human behavior is often performative, we behave differently, perhaps more like our true selves, when we believe no one is watching. Think Jeffrey Toobin.

I do not think it's necessarily a bad thing that most of us try to present our best selves in public, that we offer smiles to people who irritate us, that we make polite small talk with people we find annoying. Honest people don't need to be brutally honest all the time — sometimes honesty is a cover for cruelty.

Watching "Borat: Subsequent Moviefilm: Delivery of Prodigious Bribe to American Regime for Make Benefit Once Glorious Nation of Kazakhstan," now streaming on Amazon Prime and will hereafter be referred to as "Borat 2," I felt uncomfortable, which is the point. It is designed to make Americans squirm and cringe and go to their rooms and think about the choices they have made with their lives. It is guerrilla theater acted out against a backdrop of real life.

I don't think it's very good, for the simple reason that I didn't laugh at most of the bits and wasn't surprised by any of the reactions, but it is deeply interesting and maybe even useful.

Borat (Sagdiyev) is, as almost everyone should know by now, one of the alter-egos of British writer and actor Sacha Baron Cohen. His backstory is that he is a broadcast journalist, a news reporter, from Kazakhstan. Borat is anti-Semitic and an admirer of Joseph Stalin. He hates Gypsies and his sister is the No. 4 prostitute in his homeland. The character is in some ways reminiscent of Andy Kaufman's "foreign man" character, who is more benign and innocent.

The character first appeared on "Da Ali G Show," which premiered on the U.K.'s Channel 4 in 2000 before moving to HBO in 2003 and 2004. His shtick is to ask unsuspecting interview subjects — often celebrities or elected officials — absurd questions. The humor derives from their unscripted responses to Borat's cultural solecisms. Often they seem absurdly patient with the stranger, who often seems to get them to agree with the transgressive and racist ideas he expresses. Sometimes they seem to accept Borat as an ally, or at least as the enemy of their enemy.

Cohen's modus operandi is to obsessively create an outlandish but almost credible personality and to place that creature in the path of blowhard politicians, vainglorious celebrities and ordinary folks. Borat, the clueless foreigner, grants the self-promoting and the clueless license to drag their most horrible private thoughts out into the daylight. 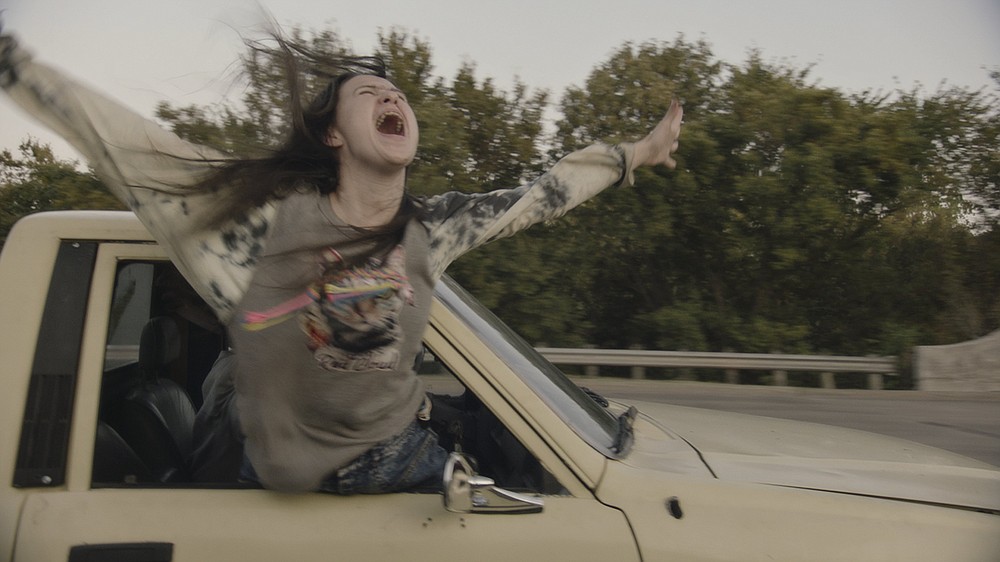 As Tutar, Maria Bakalova plays her role in “Borat: Subsequent Moviefilm: Delivery of Prodigious Bribe to American Regime for Make Benefit Once Glorious Nation of Kazakhstan” with “genuine sparkle.”

I never cared for the Borat character, but I admire his creator, who in real life is a formidable talent and a thoughtful person. He is obsessed with the real nature of America, the soul of the swaggering nation.

When I wrote about the original Borat movie, "Borat: Cultural Learnings of America for Make Benefit Glorious Nation of Kazakhstan," which came out in 2006, I suggested that Cohen had "become far too famous to repeat this kind of guerrilla stunt, foreclosing any possibility of a Borat sequel." Obviously, I was wrong, though not entirely.

Part of the premise of the new film is that Borat has become too famous to walk around the U.S. undisguised, so he adopts various costumes as he once again journeys up the river to the heart of American darkness, this time to document — in addition to casual anti-Semitism and the bigotry and tastelessness of the booboisie — an alarming misogyny.

Borat, having disgraced his nation with his first film (which depicts Kazakhstan as conforming to the stereotype of central Asian nations most Westerners carry around in their heads), is given a chance to redeem himself by delivering a bribe to U.S. "Vice Premier" Mike Pence and thereby win the favor of "McDonald" Trump. The bribe is Borat's 15-year-old daughter, Tutar (played with genuine sparkle by 24-year-old Bulgarian Maria Bakalova, who really should be considered for all the acting awards).

Borat is unaware he even had a daughter, for he has spent the years since the first movie's release in a labor camp. When he returns to his village, he finds his family has disowned him, but for Tutar, who was raised in a pen on Borat's farm and is completely ignorant because, in Kazakhstan, women aren't allowed to read, learn, drive or be anything except prostitutes or wives. (Or maybe prostitutes and wives.)

Tutar's only possession is a nightmarish picture book, and her highest aspiration is to be kept by a powerful man in a "golden cage, like Melania."

Like the first film, "Borat 2" is basically a road movie, with the pair traveling the country interacting mostly with ordinary people who often seem to be in on the joke. (Not all the cameras are hidden, which suggests they knew they were being watched and were therefore performing.)

So we observe a Fed Ex employee (who is surely complicit in the joke) who helps Borat send and receive faxes that suggest he's engaging in human trafficking. We watch as a doctor at a plastic surgery clinic doesn't bat an eye when Borat brings the supposedly underage Tutar in for breast implants. No one seems fazed when he pays with a comically large satchel stuffed with cash — I suppose one of those canvas money bags with the giant dollar signs emblazoned on it would have been too on-the-nose.

The point is that women and girls are chattel for men of power — not just in presumably backward Kazakhstan (which really should have a problem with how it's portrayed in these movies) but in the U.S. as well.

A cake decorator cheerfully squeezes the slogan "Jews will not replace us" on top of a chocolate cake. An "Instagram influencer" named Macy (misspelled "Macey" in the film) Chanel instructs Tutar on how to become an older man's "sugar baby" (when Tutar explains that she wants to find someone "near death," Chanel suggests she find someone who has recently had a heart attack). And people at a right-wing rally give Nazi salutes as Borat sings about injecting Barack Obama with the "Wuhan flu."

Chanel claims she knew Bakalova was an actor, and that she was "in character," improvising lines that she would not deliver in real life during their encounter, which she thought was being filmed as part of a Netflix series. I tend to believe her. I also think some people will do almost anything to be on television.

Also, I have no trouble imagining that lots of people at the debutante ball were disgusted by the antics of Borat and Tutar, who attended in the guise of a college professor Phillip Drummond III and his daughter, Sandra Jessica Parker Drummond. While cotillion might strike some of us as a silly and outdated remnant of a problematic culture, only the interlopers behave badly in this sequence. As in the first film, a lot of the humor derives from the pained forbearance of the people onscreen who are only trying to be polite while this rube from another land is saying and doing unspeakable things.

That's always a risk when you're making a shock mockumentary. Some of the real people you hoodwink might just be confused by what transpires. They might not give you the reaction you require.

Some of them might even turn out to be deeply humane creatures, like the Holocaust survivor who disabuses Borat of certain myths or the babysitter who bonds with Tutar and explains to the young woman that she's beautiful just the way she is. 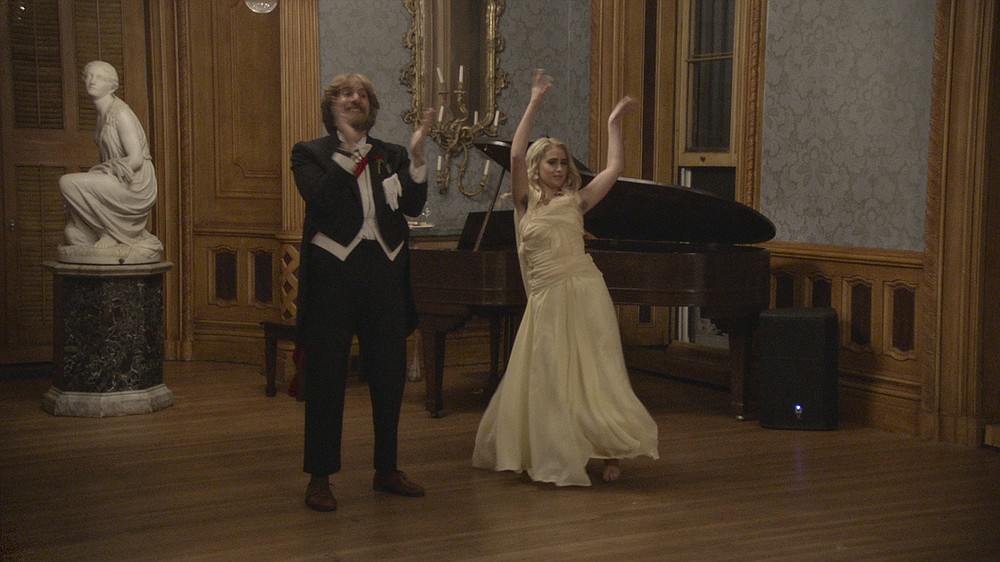 Sacha Baron Cohen and Maria Bakalova act out in a scene from “Borat: Subsequent Moviefilm: Delivery of Prodigious Bribe to American Regime for Make Benefit Once Glorious Nation of Kazakhstan.”

"Borat 2" may or may not be funny. I suspect it will play better with those who are acclimated to reality shows like "Jackass" and the theater of cringe explored by auteurs like Larry David, Tom Green and Peter Handke. It's a question of taste and whether you can abide practical jokes. It is not great and certainly not subtle satire, and is not meant to be. It is a punk response, not a corrective to atrocity but a proportional outrage. It is a rock thrown at a bourgeois window.

It might be argued that it exposes an underlying nastiness in our culture, but don't we all understand that ugliness exists? Even in 2006, a time before social media, we were hardly surprised that some people in this country, when they thought they were among like-minded people, would express murderous sentiments. (As when, in the first film, a rodeo organizer responded to Borat's assertion that in Kazakhstan homosexuals are hanged, by saying, "That's what we're trying to do in this country.")

We know this is us. There are no shocks available to us now.

"Hitler did not die in Berlin," philosopher Bernard Henry-Levy wrote in 1968, as students rioted in Paris. "Conqueror of conquerors, he won the war in the stormy night into which he plunged Europe. Stalin ... is here among us, a stowaway in history... And I am writing in an age of barbarism that is already, silently, remaking the world ..."

A film like "Borat 2" can feel like a core sample of our society, a needle tapping the national psyche. But it's just a setup, a con played on selected fools. Audiences can make what they will of the sequence involving former New York mayor turned Trump adviser Rudy Giuliani.

People will see what they want to see there and elsewhere in the movie.

Sure, you can cheat an honest man. But you have to want to.